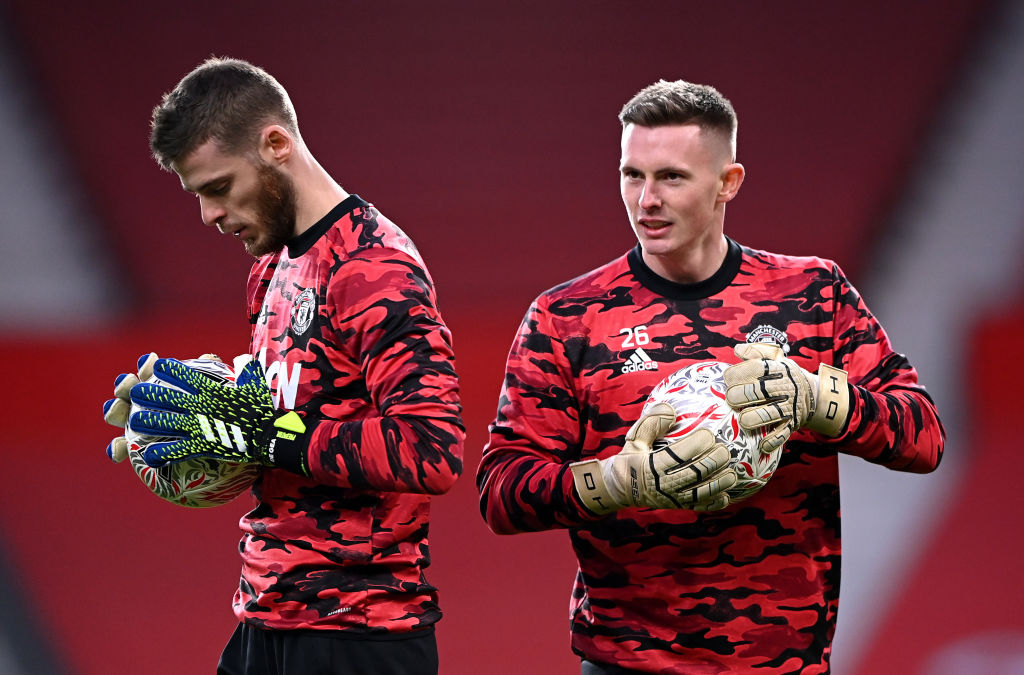 After a successful two-year loan spell at Sheffield United, Henderson returned to Old Trafford ahead of the 2020/21 campaign to put the pressure on De Gea.

The 24-year-old got his chance to shine when De Gea was granted leave following the birth of his first child, and Solskjaer now has a big decision to make over who starts next season as the club’s first-choice stopper.

And former Liverpool and England goalkeeper James thinks Henderson should get the nod for the long-term over his more experienced counterpart.

‘I would go Henderson, he’s 23 and at Premier League level he’s obviously shown that he can perform, with Sheffield United and also now a number of occasions with Manchester United,’ James told Goal.

‘There’s some getting used to playing for Manchester United, which is slightly different to playing for Sheffield United, but the capability that he’s already got and the potential that he has is far greater than what David de Gea offers.

‘De Gea isn’t a bad goalkeeper, it’s not about that. I just think from a manager’s perspective, you’re looking at where the club’s going to go forward.

De Gea was picked for the Europa League final defeat to Villarreal and faced criticism as he failed to save any of the Spanish side’s 11 penalties in the shootout.

But James feels that the Spaniard, who has been linked with an exit from Old Trafford this summer, can rediscover his best form.

‘He can get back there. He’s 30 years old, so there’s plenty of time for him to reproduce the form that he had before,’ James added.

‘Speaking from experience, I got into England squad at 36 and played in a World Cup at 39. I’d left Liverpool at 29, but my career got better from 30 to 39 years old.

‘De Gea’s got plenty of time, providing obviously he keeps himself fit.

‘Whether he’ll be the best in the world again? He’s he got some stiff competition out there from the likes of Ederson, [Gianluigi] Donnarumma, Alisson and [Manuel] Neuer still at 35.’