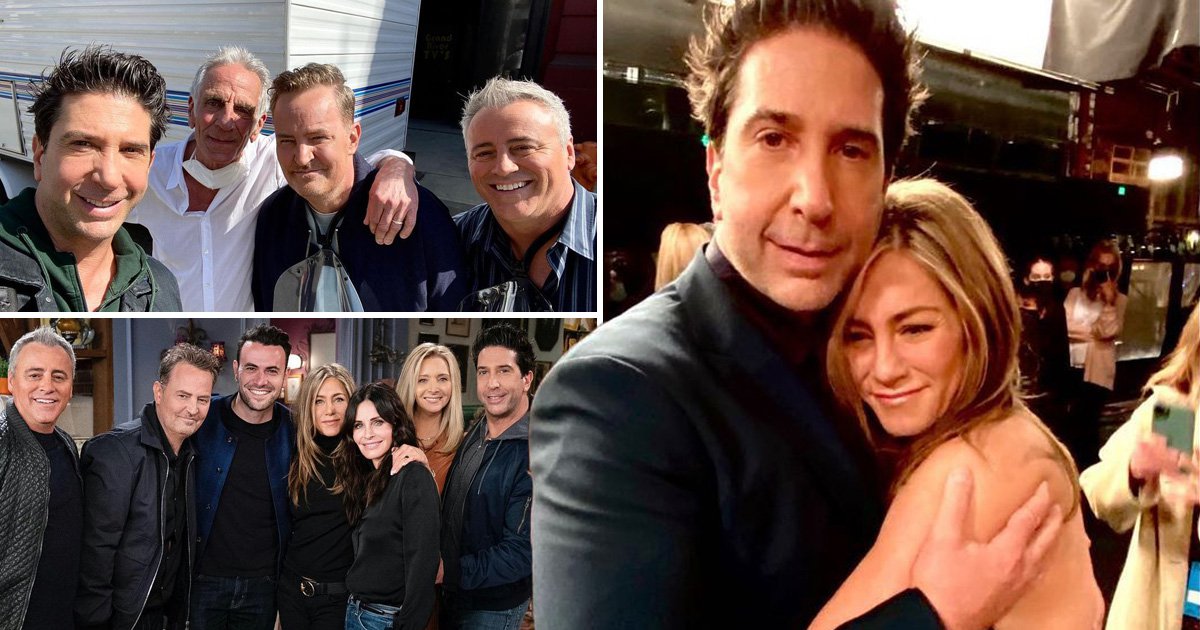 David Schwimmer whipped Friends fans up into a frenzy when he confessed he had a huge crush on Jennifer Aniston, at that iconic reunion.

And the actor – who played Ross Geller – couldn’t help but send us all into a spin once more, sharing a behind-the-scenes snap of the pair from the set.

Taking to Instagram, the 54-year-old dropped a string of photos from the reunion, which was 17 years in the making.

Nestled between pictures of his co-stars on set, the final upload showed him cuddling Jen – who played his on-screen on-screen girlfriend throughout the series.

In the caption, he revealed their embrace was his ‘last hug of the night’.

Proving just how much that photo meant to him, David also posted it to his Instagram story, with Jen following suit on her own page.

They’re just toying with us now, aren’t they?

The Intelligence actor opened up about his attraction to the Rachel Green star at the one-off special, insisting that neither of them secretly acted on their feelings.

‘The first season I had a major crush on Jen and at some point we were both crushing on each other,’ he told host James Corden.

‘But it was like two ships passing because one of us was always in a relationship and we never crossed that boundary. We always respected that.’

Jennifer jumped in to agree: ‘I remember saying to David, “it’s going to be such a bummer if the first time you and I actually is going to be on national television.”

‘Sure enough first time we kissed was in that coffee shop.

‘But we just channelled all our love and adoration for each other into Ross and Rachel.’

The Friends cast eventually made a pact that ‘hooking up’ with each other was off the table, to keep their bond and that on-screen magic safe.

Dan Osborne 'nervous' about being 'jumped' after criticising Covid vaccine

Matthew Perry explained: ‘There was a rule, it was really important to the six of us, that we kept a friendship. Hooking up could have caused a strangeness that might mess with things.

‘And we are really good friends to this day.’

David added: ‘We didn’t want to jeopardise any of the great relationships and friendships we had established. It was kind of an unspoken rule.’

What is Kelly Clarkson’s net worth?