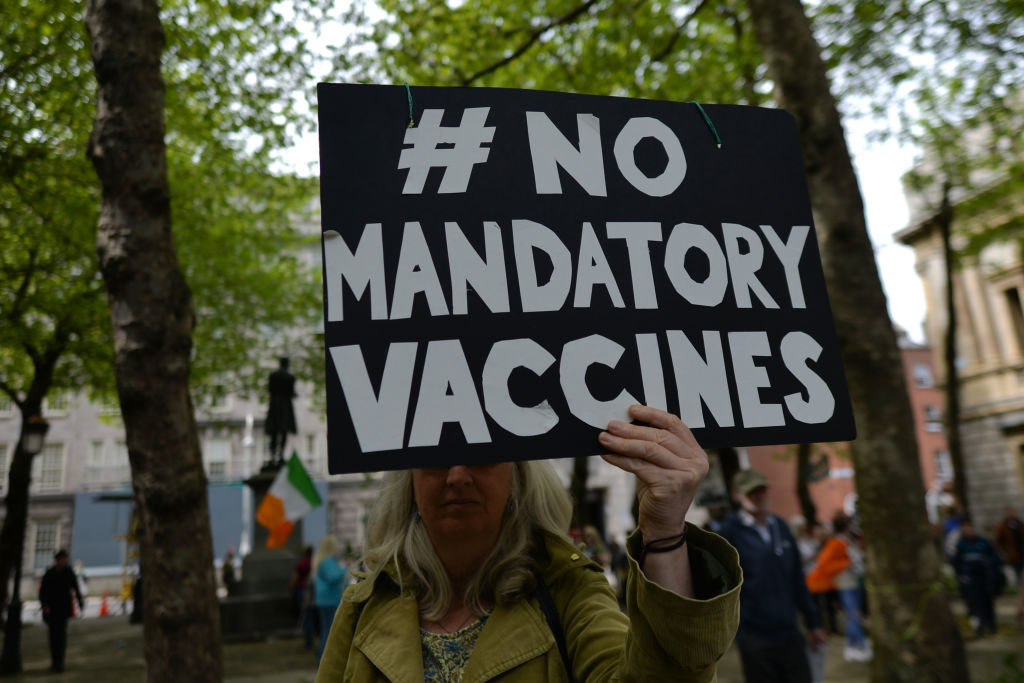 It seems like a lifetime ago that we stood together on our front doorsteps, clapping for the NHS, clanging our pots and pans as if sending out distress signals to the various gods we hoped would save us from this nightmare.

We’ve been through a lot together these past 15 months, yet lately it feels like we’re drifting apart.

Now the vaccine program has been rolled out, and life is returning to the ‘new normal’ we were promised this time last year, I’ve become increasingly aware of the differences of opinion that divide us – and the impact that has on our ability to co-exist in peace and good health.

I want to try and bridge that gap. Not by telling you what to do, or patronising you, or by recruiting a host of famous faces to stare down the lens of a camera in a moodily lit studio to the soundtrack of a Coldplay song as they beg you to book an appointment. I just want to be honest in the hope you’ll hear me out.

Some of my closest friends are among you, people whom I love and respect. Friends who I’ve had difficult conversations with over the past few months as they’ve expressed their opposition to mask-wearing, their belief in conspiracy theories and their denial over the seriousness of the pandemic.

But because I love them, I’ve listened. If I’ve learnt anything from my time on this planet, it’s that human beings gain more from compassion than conflict, so I’ve tried my best to see things from their point of view, as tense and difficult as that may be.

It’s been during these conversations that I discovered that you and I have far more in common than that which divides us.

I don’t trust this government as far as I could throw them either. The way they’ve handled themselves over the past 14 months has gone from s**t show to s**t circus and we’ve all had seats in the splash zone.

The clowns in charge have repeatedly lied to us, taken more U-turns than a unicyclist, and the only sliver of honesty came from a one-time poor-sighted jester who at an inquiry admitted that his ringleader was ‘unfit for the job’.

I understand that if Boris Johnson tells you something is good for you, you might want to do the opposite. I don’t trust the Tory Government with decisions over my health, but I do trust the scientists who have the misfortune of standing beside them at the briefings. Scientists whose lives have been dedicated to saving the lives of others.

I trust the doctors who pleaded for Matt Hancock to deliver more PPE to the frontline, the doctors who held up iPads to dying Covid-19 patients so their families could say their final farewells.

I trust the nurses who have worked tirelessly with little more recognition than a round of applause on a doorstep at 8pm on Thursdays. The nurses who helped my mum bring me into this world, who vaccinated me against polio, measles, mumps and rubella, and the nurses who made my grandad’s life more comfortable as he reached the end of it.

I trusted the nurse who told me my Pfizer injection would feel like a small scratch and I was relieved to find out she wasn’t lying.

I don’t blame you for losing trust in politicians. But it’s important to make the distinction between the science and the politics of Covid-19.

I understand your objection to vaccine passports and their potential for health-based discrimination, but I hope you’re just as passionate about more pressing human rights abuses that take place at home and abroad. I hope you use your voice to fight for other issues that bear the slogan ‘my body, my choice’ when it isn’t your body at the centre of it. I hope you join us on feminist, pro-choice abortion rallies and other causes that demand bodily autonomy.

I hope you bear in mind that there are people in our population who don’t have the choice to receive an effective vaccine. There are also people undergoing chemotherapy and people with weakened immune systems for whom the vaccine offers lower protection. People who are dependent on those around them to protect them from harm.

I applaud your passion for protest. I understand that this might be the first time you’ve felt so strongly about a cause that you’ve been moved to take to the streets. The energy at protests is electric, unifying, liberating.

The ‘Freedom’ marches may have been the first time you’ve felt a sense of unity with thousands of strangers, but they are not the first protests and they won’t be the last. I hope you will protest with us in the fight against prejudices and discrimination that have existed long before Covid-19 entered our vocabulary.

I hope you have the sense to call out the racism and anti-Semitism you may have witnessed at your protests, and recognise the damage it can cause not just to the clarity of your message, but most importantly, to the communities it’s aimed at.

I know that some of you believe the false theories about microchips in the vaccine, and while there is very little I can do to assuage you on that – I hope you focus your efforts on the very real, provable ways in which tech corporations like Apple and Facebook track our movements and store our data.

I share your distrust of big pharma. I celebrate science, but that doesn’t mean I should be grateful for pharmaceutical companies that financially exploit the people who depend on them to lead healthy lives.

The Covid-19 vaccines are being offered to us for free, but there are other medications and scientific developments that are available only for those who can afford them. I hope you use your enthusiasm to raise awareness on other ethical issues in the world of medicine such as the right to access medical marijuana and the right to die with dignity.

I know you may have been branded by many as selfish because of your refusal to take the vaccine. But I believe selfishness to be a deliberate act, and I don’t think my friends who are anti-vaccine are being intentionally selfish. Accusations of selfishness will only compound a person’s belief that they are being forced to do something against their will.

Finally, to anyone reading this who is as pro-vaccine as I am, I know how difficult it is to accept that someone could draw such polarised conclusions about a vaccine that offers hope at the end of a hopeless 14 months. Dismissing opinions will do little to bridge the gap between us.

Compassion will go much further.

To those on both sides: if you find yourself in conflict with a person who opposes your beliefs, please listen to them as you would hope they’d listen to you.

Where is Lisa McVey now?

How did the Indian Covid variant get to the UK?