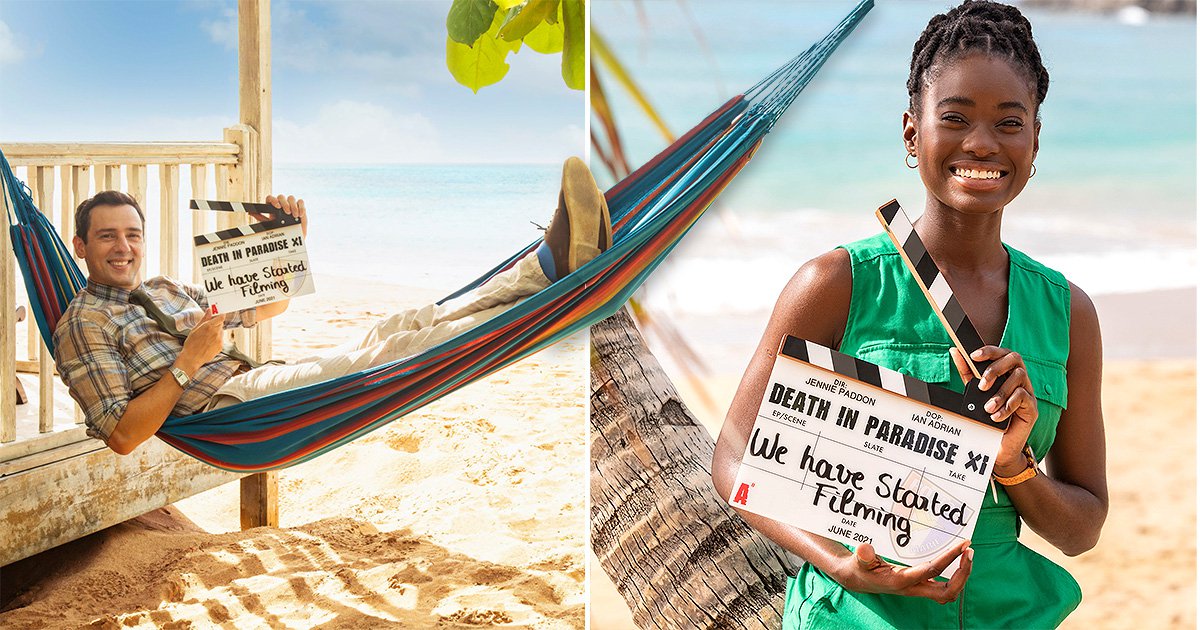 Death in Paradise series 11 has begun filming, with fans getting a tantalising glimpse of the series and the first look at a new cast member.

Ralph Little is returning in the role of detective Neville Parker and can be seen relaxing in a hammock in newly release images as the series begins production on the French Caribbean island of Guadeloupe.

He won’t be alone. There’s a new star along for the new episodes, with Jamaican actress Shantol Jackson joining the cast of the BBC drama.

Shantol, who starred as Yvonne in the Idris Elba-directed 2018 crime drama Yardie, will play ambitious young sergeant Naomi Thomas in the local police.

The character is described as a gifted officer who has arrived from a neighbouring island to join the Saint Marie Police.

The 28-year-old said: ‘I’m so grateful for this amazing opportunity to join the cast of this fun-filled, entertaining series.

‘I used to watch Death In Paradise with my dad in Jamaica years ago when it just started and to now be in the show, knowing that he’ll be watching me, it’s truly a surreal moment. Looking forward to adding to the magic.’

It comes after Death in Paradise celebrated a decade on our screens earlier this year, with the 10th series seeing main character Neville and his team catch some of the most unexpected killers. Fans also saw the return of Richard Poole (Ben Miller) and DS Camille Bordey (Sara Martins).

Viewers were left on tenterhooks at the end of the series, with the final episode ending on a cliffhanger as Neville decided to tell Florence he likes her – only for the credits to roll just as he was about to say how he felt.

A release date for Death in Paradise series 11 has yet to be confirmed.

Previous series of Death In Paradise are available on iPlayer.

MORE : Death in Paradise series 11: What’s next for Neville Parker and Florence Cassell? We have all the answers

What is the G7 and which countries are members?