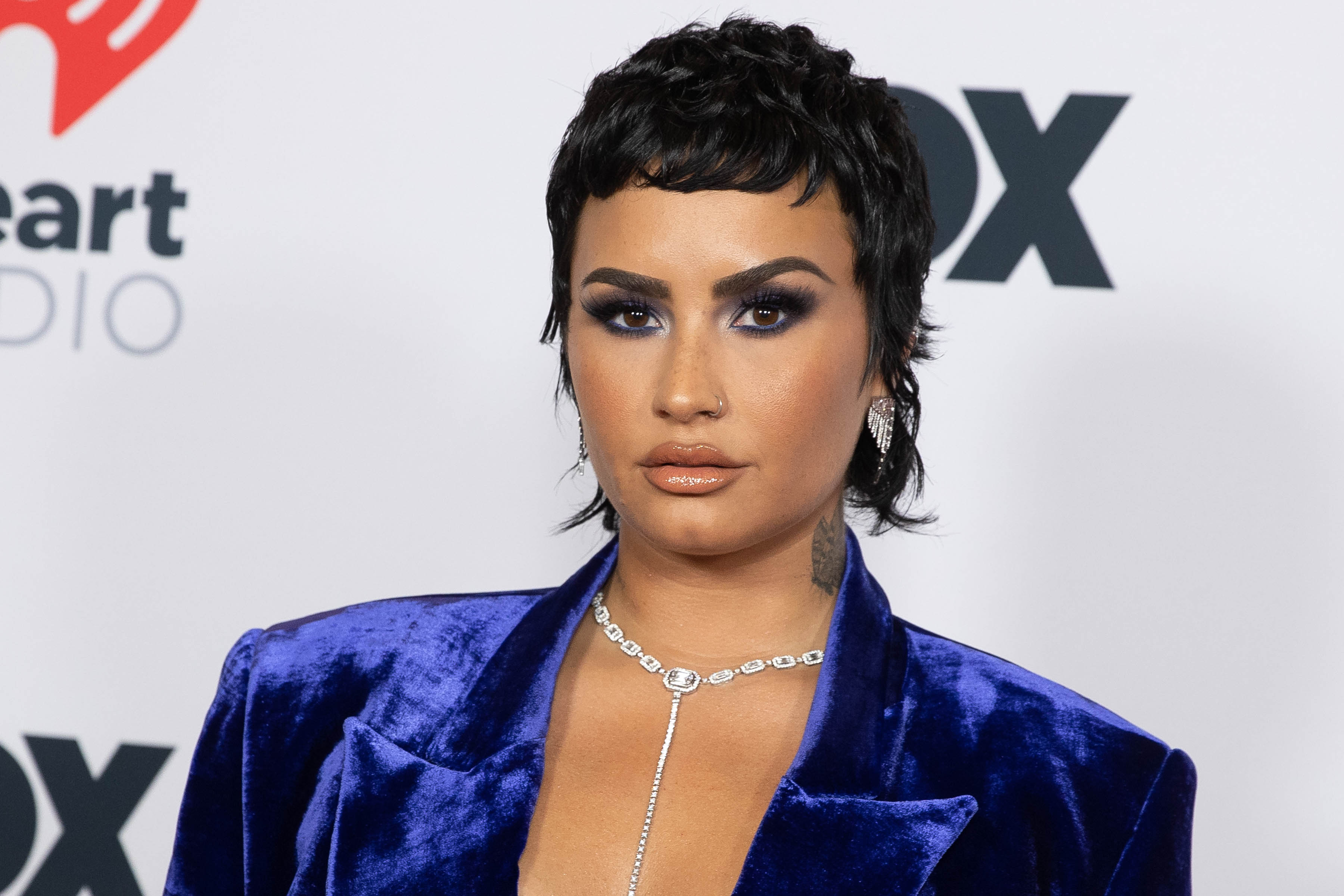 Demi Lovato has celebrated ‘awkward and hilarious sex’ after they felt a ‘burst of confidence’ after filming their first-ever sex scene.

The 28-year-old singer and actor filmed the intimate scene for their role in the upcoming NBC comedy series Hungry, and was left feeling sexy after the scene was over, despite initially having anxiety about filming.

In a post on Instagram, they wrote: ‘Had to film a sex scene today. My first one! I had a little anxiety going into it but the cast and crew were so professional and easy to work with, it calmed me down immediately.

‘Then, I thought about how proud I am for being able to feel comfortable enough in my skin to do that.

‘I don’t always feel good in my skin, so when I do, AND I feel sexy enough to post – I do just that! It’s important to celebrate the little wins. Yay for this random burst of body confidence and yay for awkward hilarious sex (sic).’

The former Disney star attached a shot of them reclining in black underwear and rocking fierce make-up.

Demi plays food stylist Teddy on Hungry, a comedy pilot about a group of friends who attend a food issues group.

Not only do they star on the NBC show, but they are also executive producing Hungry, which has cast Valerie Bertinelli as Demi’s mother, and Anna Akana, Alex Brightman, Ashley D. Kelley, Jay Klaitz and Rory O’Malley as series regulars.

Demi – who has previously starred in TV series including Sonny With A Chance and Glee and movies including Camp Rock and Eurovision Song Contest: The Story of Fire Saga – has previously spoken about their battle with body image and self-confidence, especially in relation to gender after they came out as non-binary in May.

They said: ‘I really believe that when I overdosed in 2018, it was because I was ignoring my truth. I went to such great lengths to suppress who I really am to fit this sexy, feminine pop star and actress image that others had assigned for me that I never truly identified with. I did it though because I thought that’s how it was supposed to be.’

The Sober hitmaker has also struggled with eating disorders in the past, and recently said complimenting someone on their weight loss can be dangerous.

‘If you don’t know someone’s history with food, please don’t comment on their body. Because even if your intention is pure, it might leave that person awake at 2 am overthinking that statement… (sic).’

Demi is in recovery from bulimia, calling food the ‘biggest challenge in my life’.

Love Island 2021: Fans ‘crying’ as Hugo pines over Liberty and Jake’s relationship: ‘He deserves so much better’