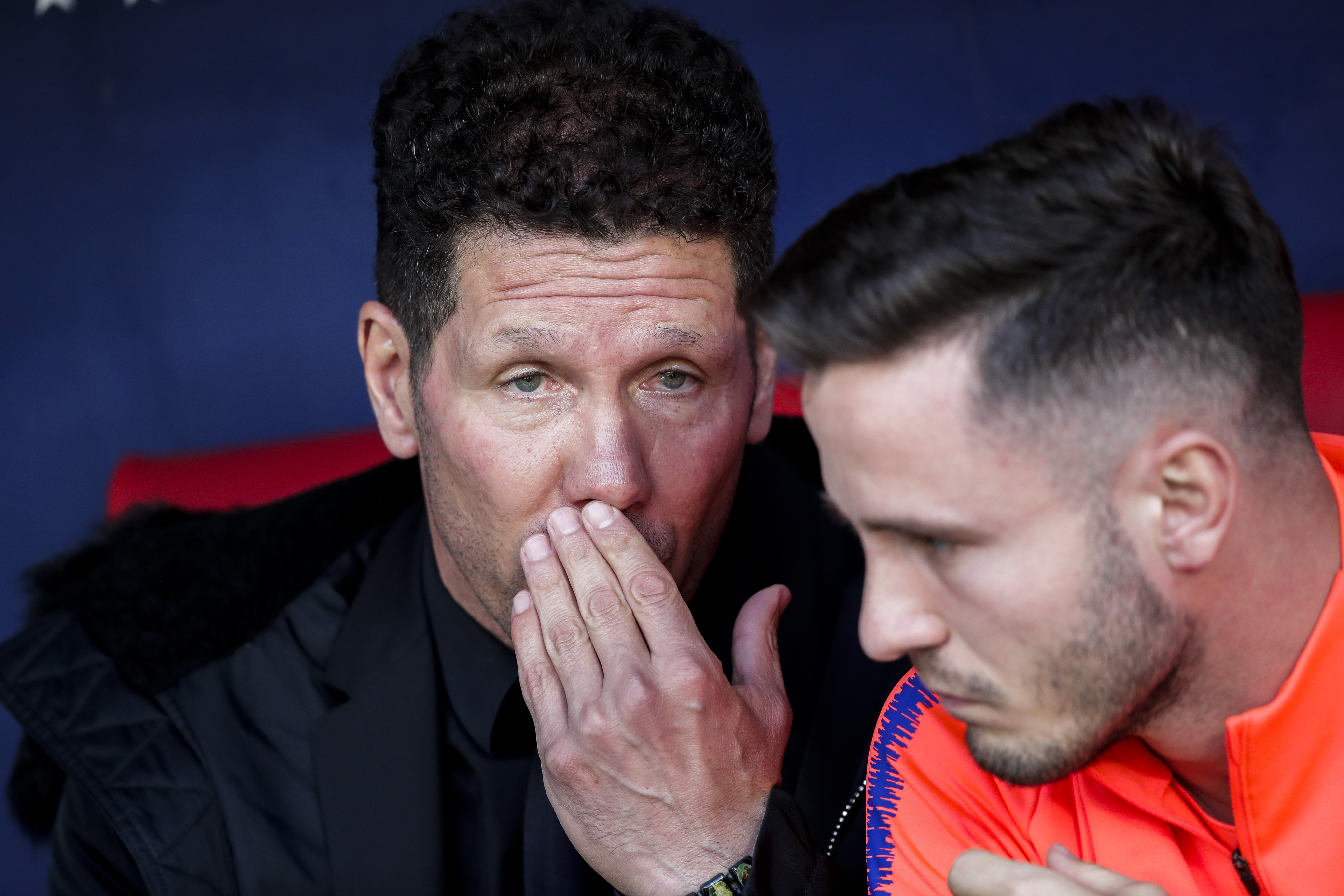 Atletico Madrid manager Diego Simeone has refused to rule out the possible departure of Saul Niguez this summer and says he will give the midfielder a ‘big hug’ should he move on before the transfer window closes.

Saul broke out of Atleti’s academy back in 2012 and has since established himself as a mainstay in Simeone’s side, making 337 appearances in all competitions and helping the club beat Barcelona and Real Madrid to the La Liga title last season.

However, the 26-year-old – renowned for his versatility – has grown frustrated with his role in the team and widespread reports suggest he is keen for a fresh challenge ahead of the 2021/22 campaign, with Barca favourites to agree a deal.

Manchester United have long been admirers and are providing strong competition for Saul’s signature, with Ole Gunnar Solskjaer on the hunt for reinforcements in the middle of the park after finally landing top target Jadon Sancho.

‘Last season he spoke with the club, with us about his needs and what he spoke about was the option of having a position on the pitch where he feels more important,’ Simeone told AS when asked about the speculation surrounding Saul’s future.

‘And I consider that Saul became Saul by playing everywhere, but he or many of those around him see it as something negative.

‘He is very important for Atletico because he can play as a full-back, right winger, midfielder. He gives us a lot of options to be able to count on him.

‘He is a player who, in that version and playing how the coach needs him to, performs very well.’

Simeone insists he will wish Saul all the best if he does end up leaving Atleti this summer.

‘We cannot put aside what is rumoured and talked about,’ he added.

‘If he has to leave, we’ll give him a big hug, wish him the best with the boys who gave us life and to continue being friends, as always. Either to Barcelona or elsewhere.’

The midfielder, who still has five years remaining on his current contract at the Wanda Metropolitano, has been capped 19 times by the Spanish national team but missed out on Luis Enrique’s squad for Euro 2020.