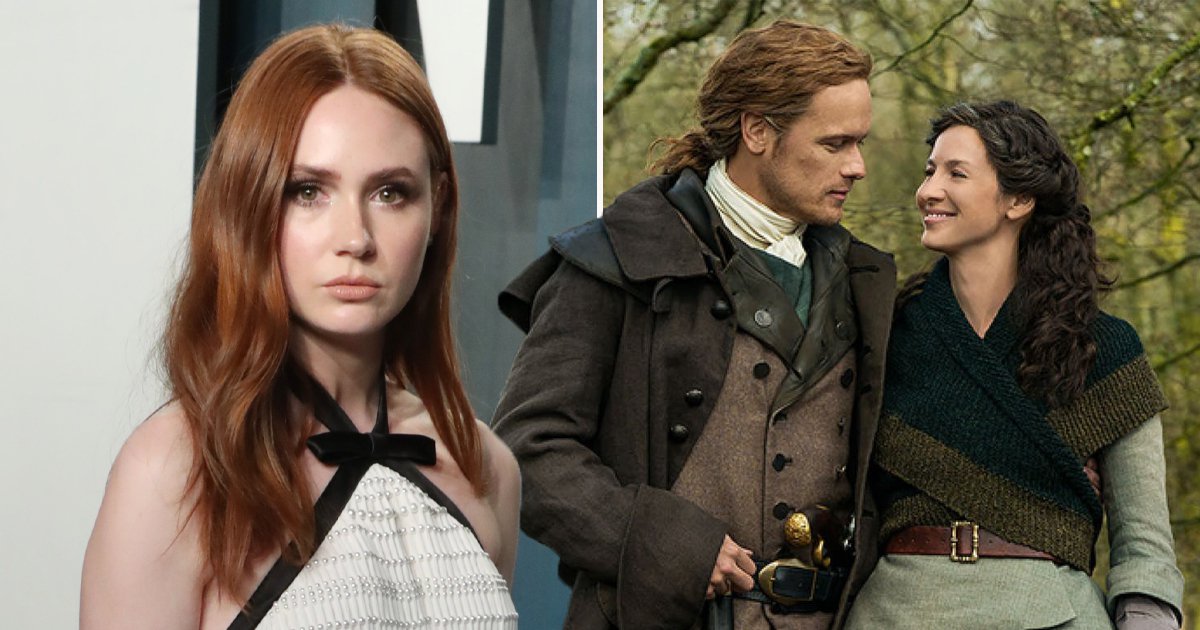 Doctor Who star Karen Gillan has been offered a part in Outlander by Sam Heughan after revealing that she is a big fan of the show.

The 33-year-old actress took to Twitter to share that she is ‘officially obsessed’ with the historical drama series and Heughan – who stars as warrior Jamie Fraser – responded with some very promising news.

‘Ok I’m late to the party but I started Outlander’ and I am officially obsessed,’ Karen tweeted.

Sam then replied: ‘Still time to find you a wee part Karen… (sic)’

Avengers star Karen quipped that she could feature as an extra in her home city of Inverness, Scotland as she asked: ‘Can I be an extra loitering around Inverness asking people, “what’s the craic, eh? (sic)”‘

Referring to the alcoholic drink Buckfast Tonic Wine – which is popular in the two stars’ native Scotland and referred to as Bucky – Sam, 41, replied: ‘Yes, with a bottle of bucky… but you may not be ginger enough I’m afraid. (sic).’

Karen will likely have to find herself a part in season seven of the historical drama, after it was revealed there will be fewer episodes in season six.

It will only air for eight episodes when it returns to Starz – including a 90-minute season premiere – after the decision to shorten the season.

Thankfully, there is still some good news because viewers get to enjoy the last hours in season seven.

Both season six and seven had originally been set to have 12 episodes like previous airings.

However the seventh season will have a whooping 16 episodes.

Outlander airs on Starz in the US, while seasons one to five are available to stream on Amazon Prime Video in the UK.

MORE : Outlander season 6 will finally drop in 2022 – but there’s going to be fewer episodes

Bella Hadid cries for Palestine as she joins protests in New York amid Israel-Hamas violence: ‘I feel a deep sense of pain’