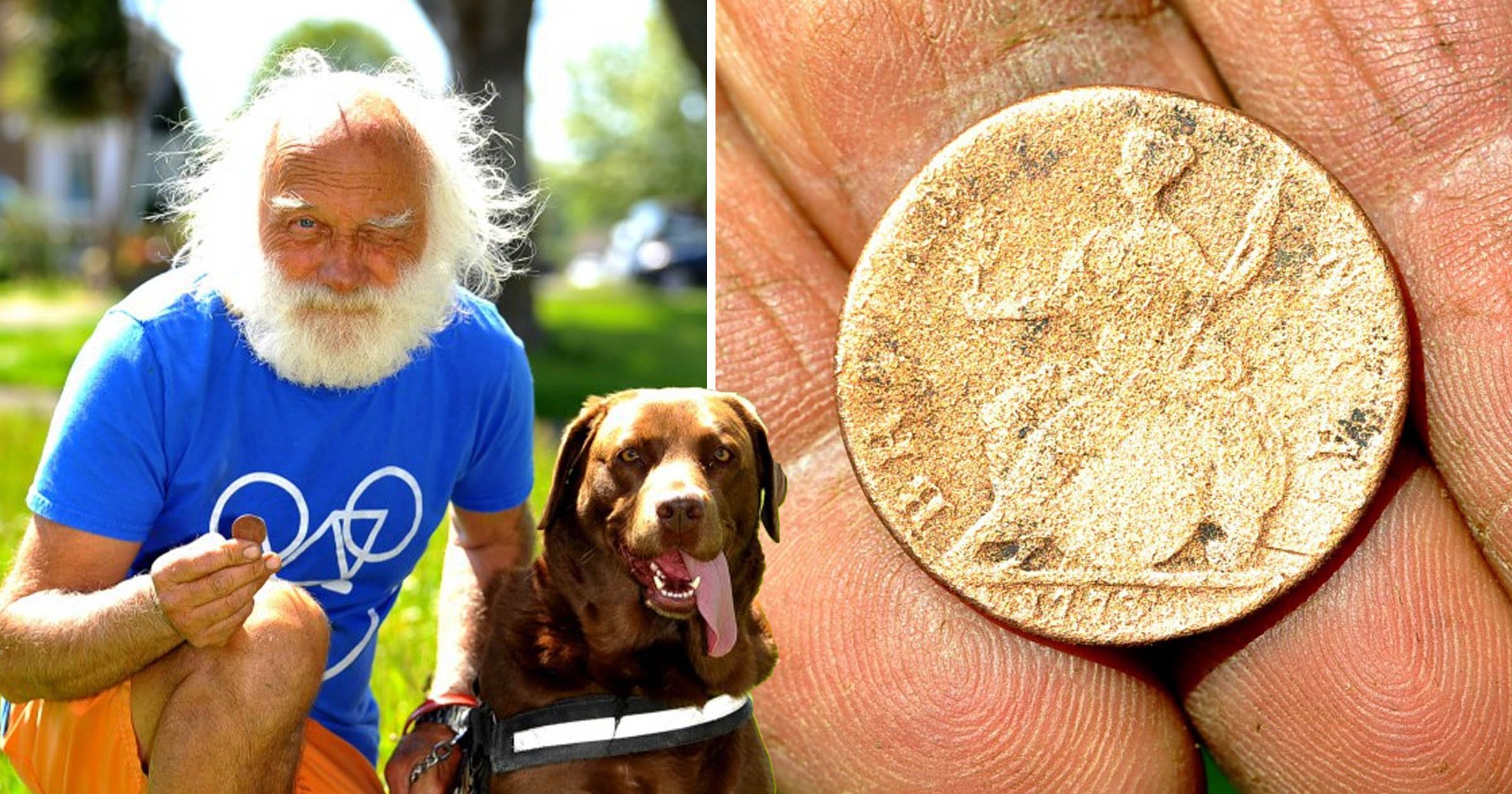 A rare 18th century coin was discovered by a man out walking his son’s dog… called Lucky.

Norman Atkinson, 66, stumbled upon the George lV 1775 ha’penny on a public footpath on Highdown Hill in the South Downs.

The gardener, from Littlehampton, West Sussex, went on eBay to see how much it was worth after cleaning it up when he got home.

Had the 250-year-old coin been in better condition, he could have sold it for around £300, he reckons.

But given the wear and tear, Mr Atkinson has decided to keep it among other bits and bobs Lucky has unearthed over the years.

He said: ‘I was walking through the public footpath where the two fields are and Lucky started scratching around the ground and unearthed it.

‘I soaked it in lemon juice when I got home as it is made of copper and it came out quite nice.’

Not to be confused with the ha’penny withdrawn from circulation in December 1984, the coin would have been worth a fair bit in 1775.

But it is the coin’s history that fascinates Mr Atkinson, not its worth.

He said: ‘There was probably a father or some man walking on the fields and it fell out of their pocket and they were the last person to hold it.

‘Half a penny could buy you a pint of beer and a substantial meal back then, so it was probably their dinner money gone for the day.’

The coin was minted the same year British troops attacked the Minutemen, which marked the beginning of the American War of Independence.

He added: ‘She found a silver bangle on West Beach once and a fisherman’s jacket with a mobile phone in it.

‘She is quite Lucky.’

MORE : Moment lost dog reunites with owner after being found 240 miles away

MORE : I’m training my dog to go on to save people’s lives

Where is Lisa McVey now? Kidnapped woman behind Netflix’s Believe Me insists she’s ‘no longer a victim’