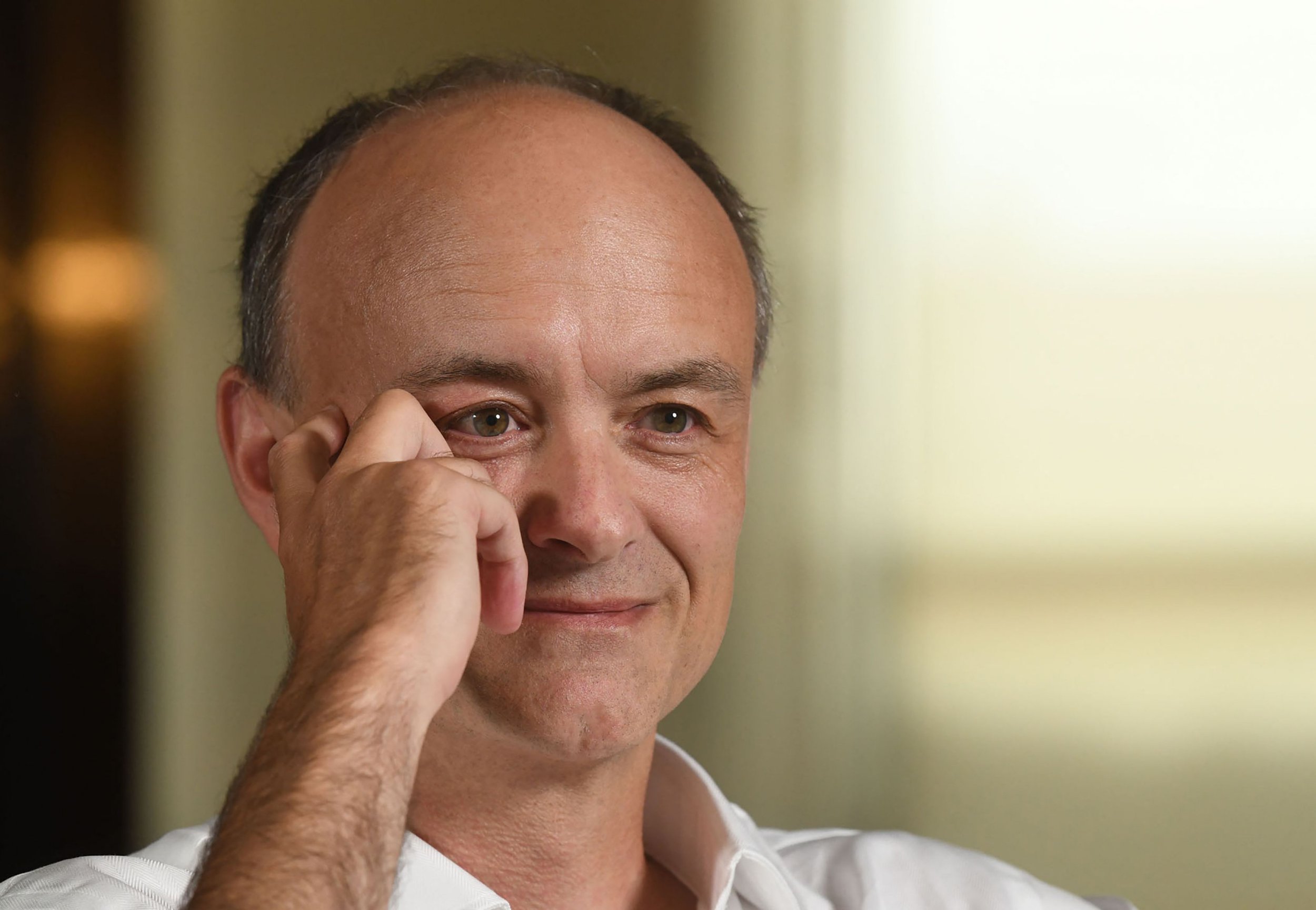 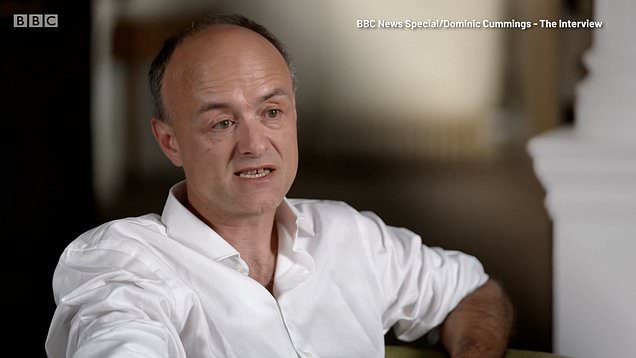 Dominic Cummings has revealed he is in discussions with others about new political projects, including setting up a party.

Boris Johnson’s former chief aide has launched an incredible attack on his ex-boss, accusing him of being unfit to be prime minister.

The PM personally asked Mr Cummings to run his Downing Street operation a week before moving into Number 10 after the pair first worked together on the Vote Leave campaign.

Mr Cummings was seen as an all-powerful figure in Whitehall until an internal power struggle saw him leave in November 2020.

Now the advisor has hinted he could yet return to national politics and is considering a number of options to challenge the country’s parties and institutions, but insists he doesn’t want to be in charge.

He told the BBC’s Laura Kuenssberg: ‘I’m thinking about what could be done, yeah, for sure, of course.

‘Possibility one, you could set up some kind of new party, a party to end the existing parties, to kill them off and create something different.

‘You could try and do a version of what [Vote Leave] did essentially, and take over an existing party and try and bend it to something that’s different.’

Asked if he was plotting something that could take over from the government, he laughed and said ‘I wouldn’t put it quite like that’.

Mr Cummings continued: ‘I’m not saying that I personally should be the person doing this, I’m talking logically, what are the different possibilities.

‘To create different kinds of networked power in the world, that can do things without necessarily having to directly go in control of the existing parties now or the civil service.

‘So you either have to take over one of those parties or create a new one that displaces them, or create some other kind of entity which ends up kind of assimilating or disrupting that power.’

When it was put to him that he’s ‘not done’, he said: ‘Well, as I say, at the moment I’m just talking to people and thinking about things.

‘Clearly there are opportunities to build something which can actually solve problems for people outside of the existing current power structures.’

Asked if he thought the PM must be removed to allow that process to happen, he said: ‘Certainly I think the sooner he goes the better, for sure.’

Mr Cummings also revealed that he and other advisors who worked together on the Vote Leave campaign actively discussed how to remove the PM from power days after he won a majority in the December 2019 election.

He denied he was acting out revenge and said that people who ‘know what was going on in there’ have a ‘duty to speak out’, adding: ‘If we don’t learn, history tells us the same disasters will happen again.’

The ex-advisor has previously made damning claims about the PM’s handling of the Covid-19 pandemic and claimed Mr Johnson himself thinks it’s ‘ludicrous’ he’s in Downing Street.

Mr Cummings revealed he hasn’t spoken to the Prime Minister personally since the day he left his job but did receive a request to speak again a few days later via text, which he declined.

Asked if he thought he’d ever speak to him again, Mr Cummings said: ‘I don’t know…it doesn’t bother me one way or the other.’

Texas schools may be fined $1,000 if they have mask mandate after Governor Greg Abbott bans Covid rules in exec order