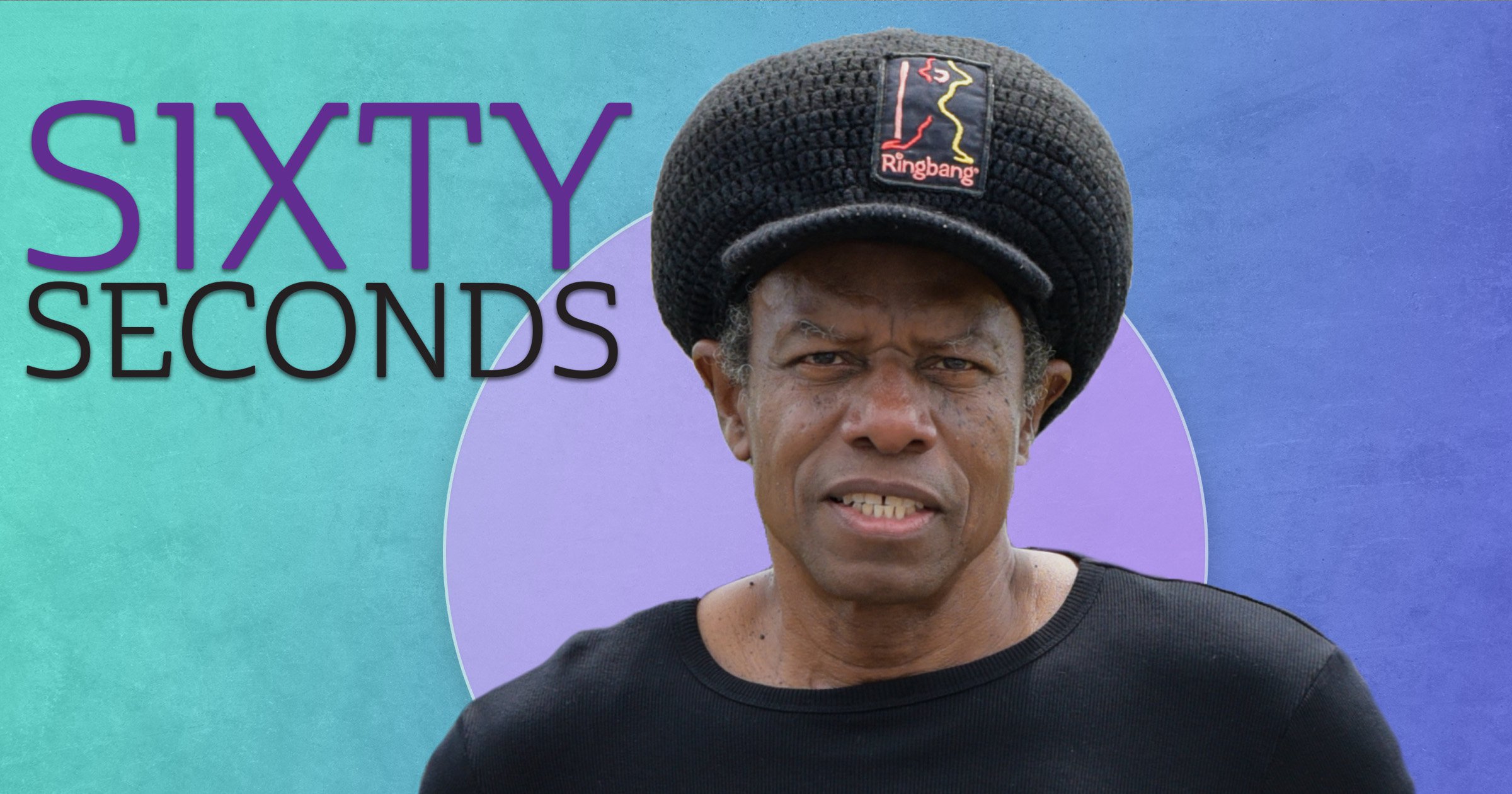 Reggae star Eddy Grant, 73, on why he doesn’t write dud records, his fear of flying, and why he won’t stop rocking.

Do you still get recognised?

A few years ago I was going to watch England play cricket against the West Indies in Barbados.

Mick Jagger was staying with me, so off we went. We were walking to the ground and people were shouting: ‘How are you going, Eddy?’ ‘Sign this for us, Eddy!’

Mick said to me, ‘How the hell do they recognise you and they don’t recognise me?’ Mick Jagger is the biggest star in certain quarters — in others he has to take second place because I am much more visible.

If you had to pick a favourite hit single, which would it be?

It’s like asking me to give up which child I love best. I love them all but if I was forced to pick one it would be I Don’t Wanna Dance, because it was my first [solo] No 1.

Which song are you most proud of?

Gimme Hope Jo’anna, the anti-apartheid single I released in 1988. Anywhere in the world it’s played, people recognise not just the words, music and rhythm but also the importance of the song.

Nelson Mandela was in prison and the song was obviously banned by the South African government. I’m glad to have gotten away with my life after that song.

How was it performing at Nelson Mandela’s 90th birthday party concert?

It was awesome. I hadn’t played on stage for 20 years prior to that and of all the artists who appeared that night, my appearance is the only one that I can find on YouTube, so something really serious happened between myself and the public.

You’ve topped the Heritage Chart for weeks recently — how does that feel?

It’s amazing. The creation of a Heritage Chart, featuring new music from heritage artists, is so sensible.

You can’t tell me that over the years, the guys and gals who have made great records have suddenly lost it.

It’s just that they’re no longer allowed through the proverbial door and, in my case, what the hell am I doing outside? I’m always inside — I’ve made so many hit records.

You can’t tell me that all of a sudden I can’t make a hit record. It’s tragically wrong. I wrote a recent single, Is Carole King Here?, in 2010.

I live so long with my songs that when they come out, I know they’re not duds. I believe in them. I don’t make easily disposable music.

That single is from Plaisance, your most recent album…

Yes. It takes me years to make a recording because I work alone and I play all the instruments but I’ve made what I consider to be my most significant recording.

It contains Is Carole King Here? and I Belong To You, and I expect great things of it.

Why did you move back to the Caribbean, having spent most of your life in England?

From the day I came to England I always intended to come back to the Caribbean. If not Guyana, where I was born, then somewhere.

It’s warm and I had this yearning to get out of the cold but I come to England quite regularly. I live between England, Barbados and Guyana.

Why are you still making music? Shouldn’t you put your feet up?

I make music because I love doing it. I’ve only twice done it to make money and that was because I needed to buy some recording equipment. I was 17 when I formed The Equals and I was 20 when we reached No.1 with Baby Come Back.

I’m 73 now but it’s very difficult to stop playing. I can’t do back flips any more but as much as I can play music, I will. Stopping would be like death.

What interests do you have outside of work?

I walk for miles and I like playing squash — it’s good for my health, both physically and mentally.

I have four children and four grandchildren, which is marvellous. I lead a very simple life. I don’t want it be complicated.

Do you have any outstanding ambitions?

Travel. I haven’t been to Australia or New Zealand thus far. I didn’t like flying that much, a fear that I’ve since gotten over, so now I’d like to play in the far-flung reaches of the earth.

Is it true you’ve been honoured with a postage stamp?

I’m on four postage stamps in Guyana! It’s not something that I take lightly because not even heads of state in Guyana have been accorded such an award.

And finally, did you actually ever rock down to Electric Avenue?

I was a north Londoner and north Londoners tend to stick to north London but I rocked down there enough! I spent a lot of time in Brixton — where Electric Avenue is — at various times.

People don’t normally pay much attention to street names but I became aware of it when I did a stint acting at the Black Theatre of Brixton. They took me under their wing.

Plaisance is available via eddygrant.com.

MORE : DMX ‘struggled to listen through’ emotional song for son on new album Exodus: ‘It made him cry’

British Airways puts thousands on furlough after delays to travel