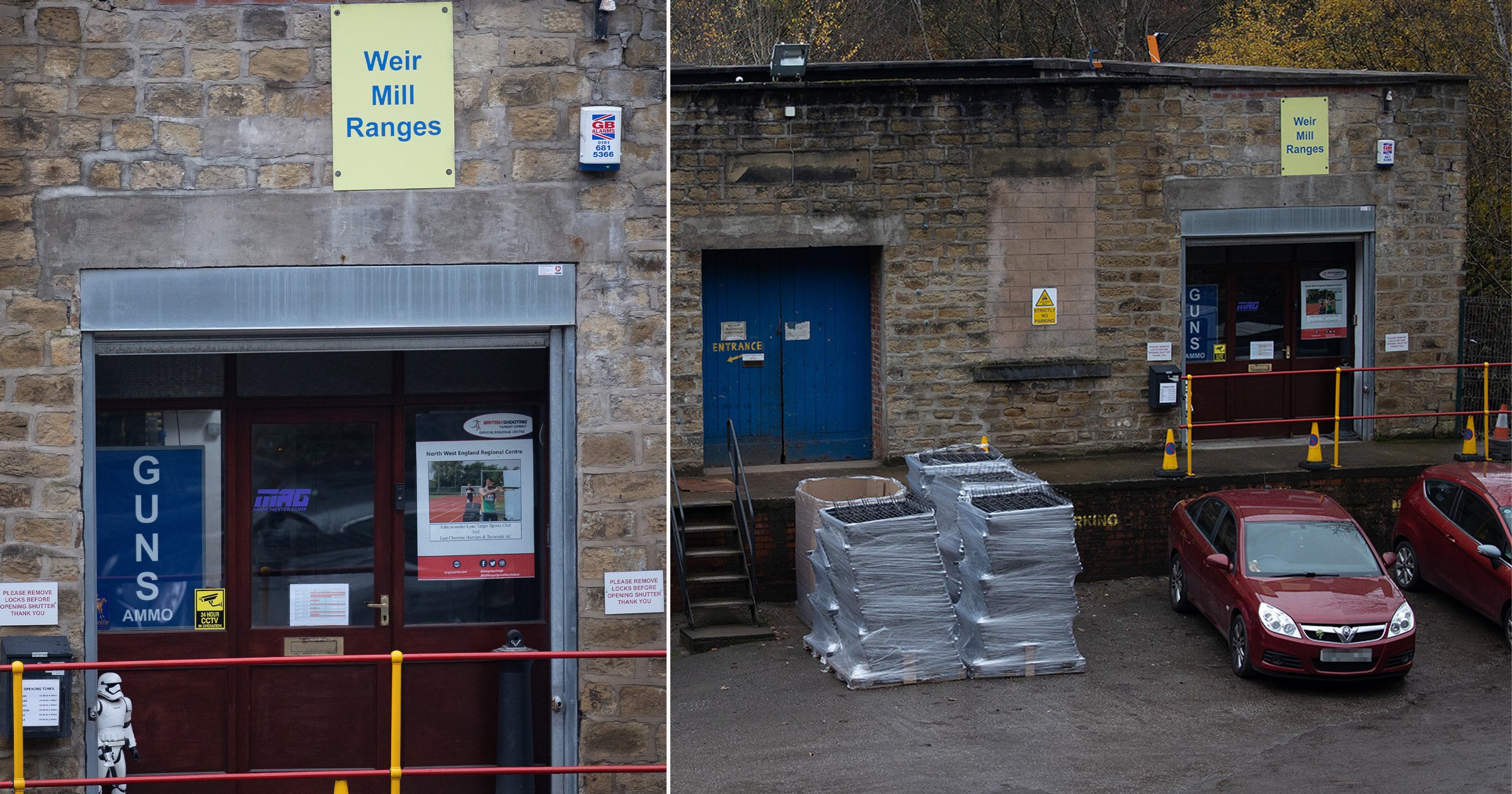 A young man shot himself in the head at a rifle range after a difficult break-up with his girlfriend, an inquest has heard.

Emil Malinski, 29, had fired 39 pellets with a rifle when he suddenly sat down and turned the weapon on himself.

The Polish electrician was found dying in a booth at Tameside Pistol Club in Mossley, Greater Manchester.

He was rushed to Salford Royal Hospital but his injuries were ‘unsurvivable’ and he was pronounced dead.

An inquest heard he was a regular at the shooting club, and was permitted to fire his own air rifle, and use firearms owned by GM Guns, which operates at the range.

He went to the range at Weir Mill on the morning of November 2 last year, and had a friendly conversation with staff just minutes before they heard a chilling ‘thud’.

Graham Burns, who owns GM Guns, told the hearing he had chatted with the ‘polite’ electrician about his air rifle before the incident happened.

He said: ‘I had been gone five minutes before I got a phone call in my car that something awful had happened. A retired police officer who happened to be at the range took the lead in administering first aid.

‘I gave him a .22 Rimfire rifle that same day and he had access to that and his own rifle. Under the circumstances that day, you could use that rifle.

‘Anyone can take a .22 rifle and use it for their own enjoyment without requiring a firearm certificate.

‘We have no qualms to say we did everything we possibly could. He was not someone on my radar who would cause mischief or self-harm.’

The inquest heard Mr Malinski had been prescribed anti-depressants in the summer of 2020 after complaining of low mood.

Mr Malinski, from Rusholme, Manchester, had met an unnamed woman online and it is thought she moved in with him and her young son.

But the relationship ended a few months before his death, leaving Mr Malinski ‘devastated’, his friend Cara Elliott told the court.

She said: ‘I saw him in October last year and it was the lowest he has been in his life.

‘He said he did not want to live in Manchester anymore, and that going to go and live with his parents in Poland.

‘My partner contacted him and he was saying he wanted to die but did not give any further details. He stopped contacting me and he closed his social media accounts.’

Coroner Chris Morris said he would be sending an account of the tragedy to the Home Secretary, saying there needs more ‘coherent legislation’ about the use of small rifle ranges.

Recording a conclusion of suicide, he said: ‘Emil was someone who was suave and entertaining but he was also deeply troubled.

‘He sought some assistance for low mood and have heard that he formed a habit of attending a gun club.

‘I am satisfied that he intentionally fired a shot to his own head. I am going to issue a report to the Home Secretary. There is absence of a coherent legislation around how miniature rifle ranges should operate. I send my condolences to his family and friends.’

Under the 1968 Firearms Act, a person can use a miniature rifle at a range without a certificate, as long as the firearm does not exceed a .23 inch calibre.

The legislation does not make clear what level of supervision is required when using the rifles.

Mr Malinski often went to Tameside Pistol club, but he was not a member. Members must undergo a police vetting process and provide a detailed medical history.

Toddler dies after being found unresponsive in paddling pool