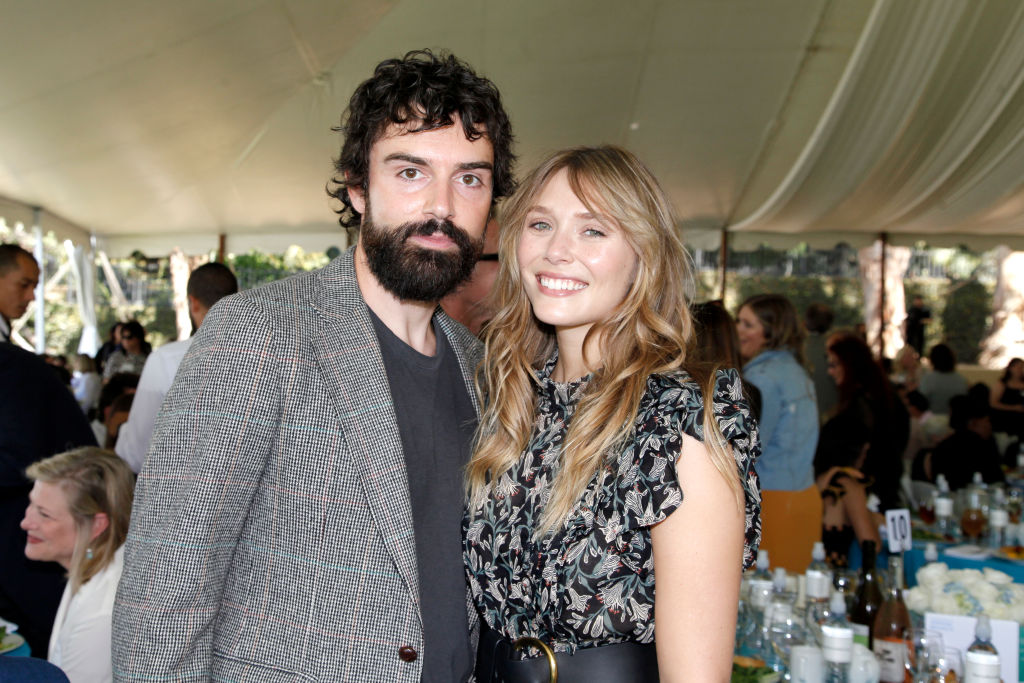 Elizabeth Olsen has referred to her musician fiancé Robbie Arnett as her ‘husband’ in a new interview, two years after their engagement.

The Avengers: Endgame star, 32, spoke to Kaley Cuoco as part of Variety’s Actors on Actors series and shared that she was doing the interview from her bathroom to get away from surrounding noise.

‘I’ve been in the UK for seven months, and I got back two days ago, and my neighbour is doing so much construction to their backyard. I can still hear it and I’m in the furthest bathroom.’

Pointing out the interior of the bathroom behind her, she went on: ‘I also just noticed that my husband put Little Miss Magic…you know, the Little Miss books? They’re these classic books but “magic” because of WandaVision because he’s such a f**king cutie!’

When Kaley jokingly asked if there was a ‘craft service’ on offer as well, the WandaVision actor said: ‘I made him breakfast.’

Elizabeth, is the younger sister of twins Mary- Kate and Ashley, and Robbie are believed to have been dating since 2017 when they were spotted on a date in New York, and went public later that year.

The Wind River actress is notoriously tight-lipped about her romance with Robbie, who is the lead singer of indie band Milo Greene, which formed in 2009.

However she did share a sneak peak at their romance when she posted some adorable photos from their holiday to Italy in 2018, which she captioned with a couple emoji.

On his birthday she shared a lovely snap of them in the snow, writing on social media: ‘Happy Birthday. I love you very much. So I’m telling Instagram.’

Elizabeth was previously engaged to Narcos actor, Boyd Holbrook, but they went their separate ways in 2014 after three years of dating.

MORE : Loki: Release date for the Marvel Disney Plus show, how many episodes, trailer and cast

MORE : Malin Andersson says abusive relationship was ‘like a drug’: ‘You feel like you do need them to survive’

Holly Willoughby in disbelief as criminologist speculates about dozens of undiscovered Fred West victims: ‘My god’