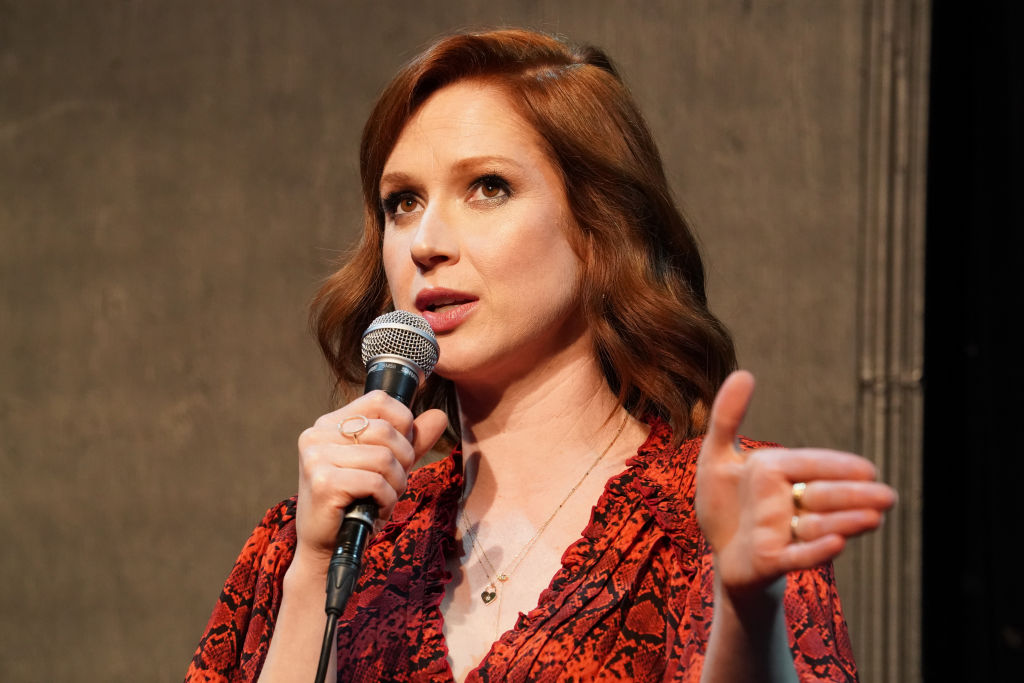 Ellie Kemper has addressed her participation in the controversial Veiled Prophet Ball when she was a teenager, explaining she ‘was not aware of the history’ of the event but ‘ignorance is no excuse’.

An old newspaper appearing to show a 19-year-old Ellie being crowned queen of the ball in 1999 resurfaced on social media and went viral, which prompted fans to discuss its complex past.

The Unbreakable Kimmy Schmidt star addressed the issue on Instagram saying she is ‘the beneficiary of a system that has dispensed unequal justice and unequal rewards’.

The star went on: ‘There is a very natural temptation, when you become the subject of internet criticism, to tell yourself that your detractors are getting it all wrong.

‘But at some point last week, I realised that a lot of the forces behind the criticism are forces that I’ve spent my life supporting and agreeing with.’

She shared that she tries to live life ‘in accordance with values’ of ‘kindness, integrity and inclusiveness’.

‘If my experience is an indication that organisations and institutions with pasts that fall short of these beliefs should be held to account, then I have to see this experience in a positive light.’

Ellie continued: ‘I want to apologise to the people I’ve disappointed, and I promise that moving forward I will listen, continue to educate myself, and use my privilege in support of the better society I think we’re capable of becoming. Thanks for reading this.’

The Veiled Prophet Ball is an annual debutante ball held in St Louis, Missouri each December, and historian Thomas M Spencer cited that its goals were to boost trade and class control, with The Atlantic adding it ‘reinforced the notion of a benevolent cultural elite’.

The first ball was in 1878, with young women being crowned as the Queen of Love and Beauty and being attended by paiges.

The organisation and ball have a racist and elitist history. The organisation was created by grain broker Charles Slayback and his Confederate Army officer brother Alonzo.

Meanwhile, the organisation faced protests from civil rights groups including ACTION in the 1970s.

Founding member Percy Green said he wanted the heads of the St Louis corporations to hire more minority workers, specifically Black males, and to abolish the organisation that flaunted its wealth in front of the city’s poorest residents.

The Veiled Prophet Organization has said to USA TODAY that it is ‘dedicated to civic progress, economic contributions and charitable causes in St. Louis.’

It also told The Sun: ‘We absolutely reject racism and have never partnered or associated with any organisation that harbours these beliefs.’

Tom Parker hits back at vile troll who claimed he won’t beat his brain tumour: ‘What the f**k is wrong with people’

Ellen DeGeneres believes toxic workplace scandal was a ‘coordinated’ attack: ‘It was too orchestrated’