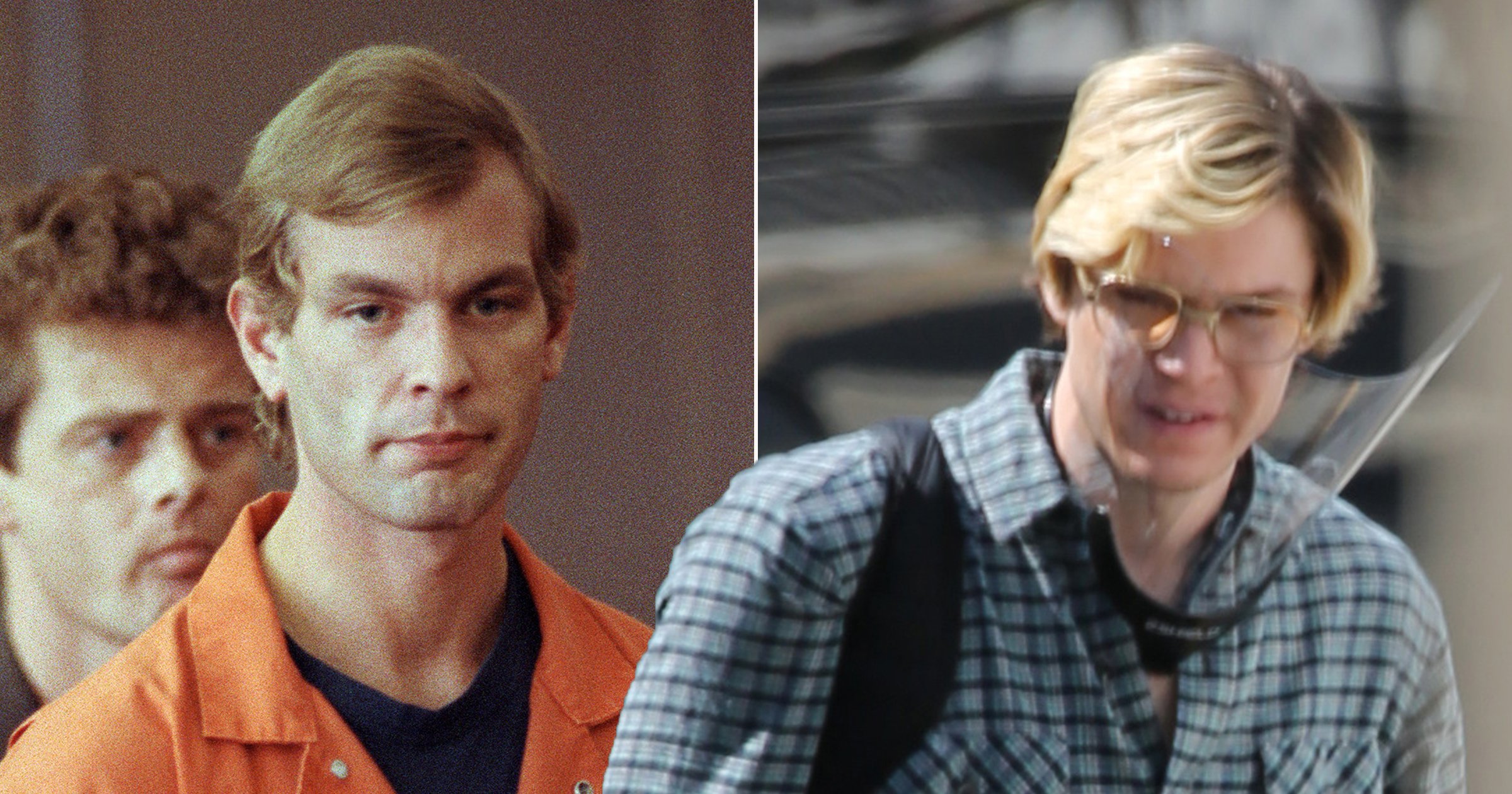 Evan Peters has transformed into the notorious serial killer Jeffrey Dahmer for a new Netflix series.

In March, it was reported that the 34-year-old had been cast as Dahmer in Ryan Murphy’s upcoming limited series Monster: The Jeffrey Dahmer Story.

Now, the Mare of Easttown actor has been pictured for the first time on set.

Peters – known for his roles in WandaVision and American Horror Story – was snapped in between scenes in Los Angeles, sporting his blond hair in a side parting.

He wore blue jeans, a check shirt and large glasses, and had a face mask around his neck, in line with pandemic guidelines.

Monster will dramatise 10 instances where Dahmer was almost apprehended but ultimately let go, and is also expected to explore white privilege, as the clean-cut Dahmer was given free passes and leniency by police and judges when he had been charged with petty crimes.

Niecy Nash will play Glenda Cleveland, Dahmer’s neighbour who called the police numerous times and even attempted to alert the FBI about Dahmer’s erratic behaviour.

Speaking to Variety, Peters said that he has been researching Dahmer’s crimes ahead of the show, saying: ‘I’ve read so much, I’ve watched so much, I’ve seen so much, and at a certain point, you’ve got to say, “All right, that’s enough.” There are beautifully written scripts. You can have all the backstory you want, but at the end of the day we’re not making a documentary. It’s more about maintaining the idea and the through line of why you’re telling the story and always having that as your guiding light.”

‘But, there’s so much material for Dahmer that I think it’s incredibly important to make it really authentic. You can play around with levels of naturalism and understatedness, versus the zany, over-the-top, “this is very clearly a TV show meant for entertainment.”

‘It’s almost a scene by scene, episode by episode, moment by moment basis, deciding, “Okay yeah he did that there in real life” or “No he didn’t do that there, but that’s okay because it works for the story we’re trying to tell.”’

This is far from the first film or TV series to chronicle Dahmer’s crimes – Jeremy Renner played the killer in 2002’s Dahmer, while Ross Lynch most recently played him in My Friend Dahmer in 2017.

However, Monster will focus more on how the crimes were allowed to happen over more than a decade, rather than the gory details of the story.

Known as the Milwaukee Cannibal or the Milwaukee Monster, Dahmer murdered and dismembered 17 men and boys between 1978 and 1991, many of them underage and persons of colour.

He was convicted of 16 murders and served two years in prison before he was beaten to death by a fellow inmate in 1994 at the age of 34.

It remains to be seen if Monster will attract the same criticism aimed at American Boogeyman.

Chad Michael Murray has been cast as Ted Bundy in yet another film about the serial killer, just two years after Zac Efron took on the role.

The announcement was met with backlash, as movie fans are growing tired of serial killers like Bundy being portrayed as handsome and charming.

MORE : ‘You’re doing amazing sweetie’: Most iconic Keeping Up With The Kardashians quotes as show finally ends after 20 seasons

MORE : Kid Rock addresses use of homophobic slur by repeating it: ‘If it offends you, good chance you are one’

The Masked Dancer finalists: Who will win?