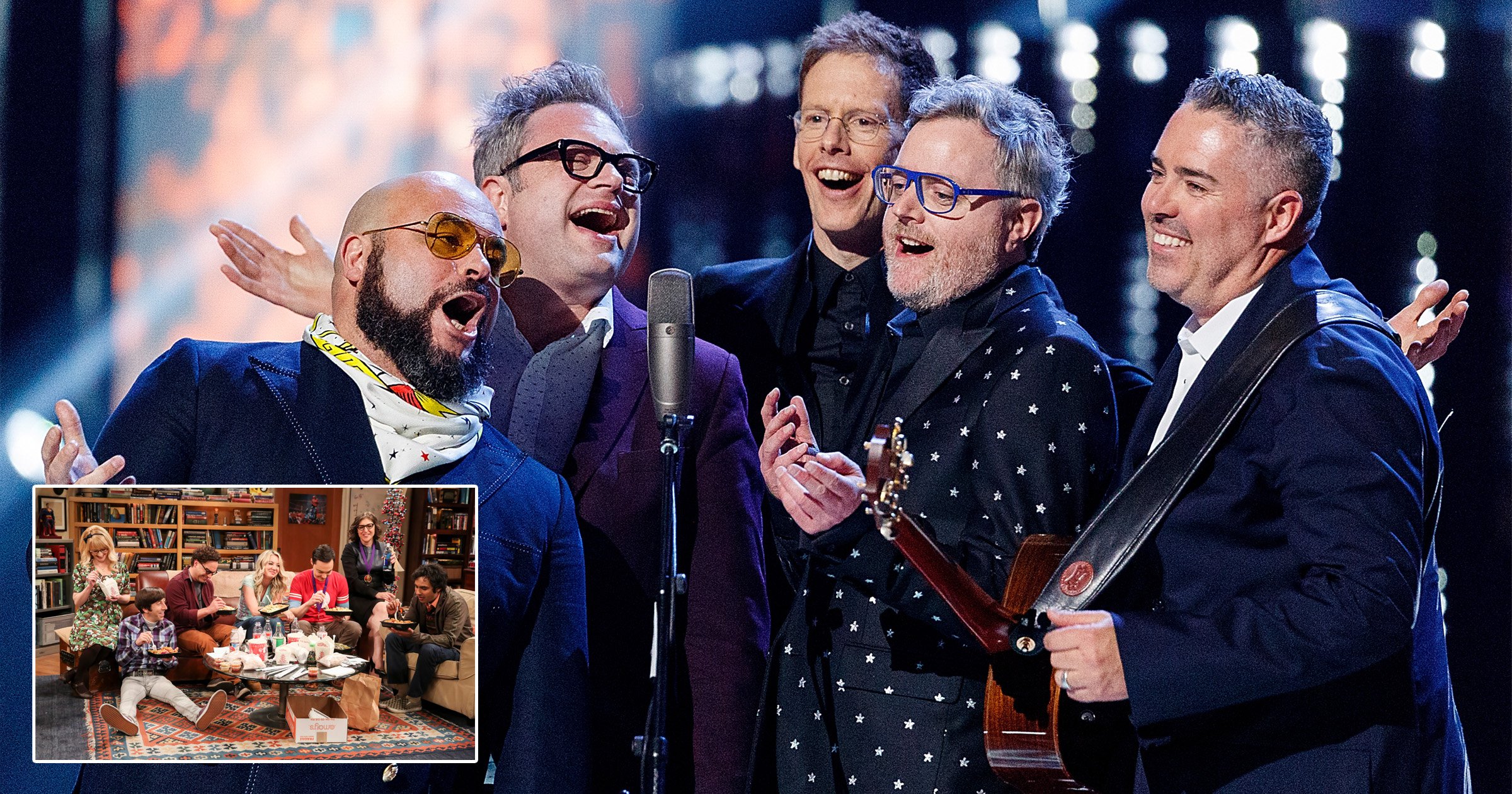 Barenaked Ladies frontman Ed Robertson has joked that even his grandchildren will be looked after following the success of their massive hit, the Big Bang Theory theme tune.

Writing the song in a matter of minutes, the musician never expected the series to run for a massive 12 seasons, or the song to become so well-loved, but he’s certainly not complaining.

While they’ve never specified exactly how much they’ve earned from the huge hit, Ed was happy to give us an idea, as he chatted about the band’s upcoming album, Detour de Force.

‘It’s been like having a hit multiple times a year for over a decade,’ he admitted to Metro.co.uk.

Joking about the royalties from the 12 seasons, the 50-year-old gestured to the masses of old-school pinball arcade machines in his home.

‘The song has been very good to me,’ he continued. ‘And to my family. And to my grandchildren’s family.’

‘That song changed my life,’ he reflected. ‘The writing process was so fun and easy and rewarding and my relationship with [TBBT creators] Chuck Lorre and Bill Prady has been so cool over the years. They’ve been so supportive of the band, and it changed my life unlike any other song in my entire catalogue.

‘A lot of artists really struggle with popularity and particularly with songs that kind of occlude the rest of their catalogue, or they become so synonymous with a single song that it takes over their entire artistic discussion.

‘But when Big Bang Theory came along, I had already had a number one song in one week, lots of top 10 hits and a career of success and then all of a sudden I get this gift with being associated with this incredibly popular show and writing a song that exposed me to a whole audience that never would have even known about Barenaked Ladies. I am nothing but grateful for that song.’

While Chuck and Bill were thrilled with the first demo Ed submitted of the song, he pleaded with them to let him record a full band version – which was the version they ended up using.

However, when the finale came around, an acoustic version of the song was used to see out the show, a moment that has Ed tearing up even two years on.

‘It was such a beautiful bookend to this crazy journey of the song and the fact that they brought me into it in such a meaningful way and they had such respect for my input and they loved the song so much – they told me for years, the entire cast at the table read of every episode would start by singing the whole song.

‘It had a special place in the heart of the show [and] with the fans of the show, and the fact that they ended the whole thing with the demo I originally sent them, it was so meaningful. It was such a beautiful way to end.’

As for whether he’d change anything about the song looking back at it?

And who are we to argue with that?!

Barenaked Ladies are gearing up to release their 16th studio album, with Ed revealing that the thing he’s most proud of is being able to continue doing what he loves with his best friends.

‘I play with three other musicians who I love and and admire and respect and get along with and enjoy their company,’ he pointed out.

‘Like, that’s the greatest achievement of this band, is the fact that not only are we still doing it, but we’re doing it at a high level, we enjoy it, we challenge each other.

Barenaked Ladies’ Detour De Force will be released on 16th July. Their single New Disaster is out now.

MORE : The Big Bang Theory’s Wil Wheaton gets nostalgic after finding copy of Pamela Anderson and Tommy Lee sex tape: ‘What a time to be alive’