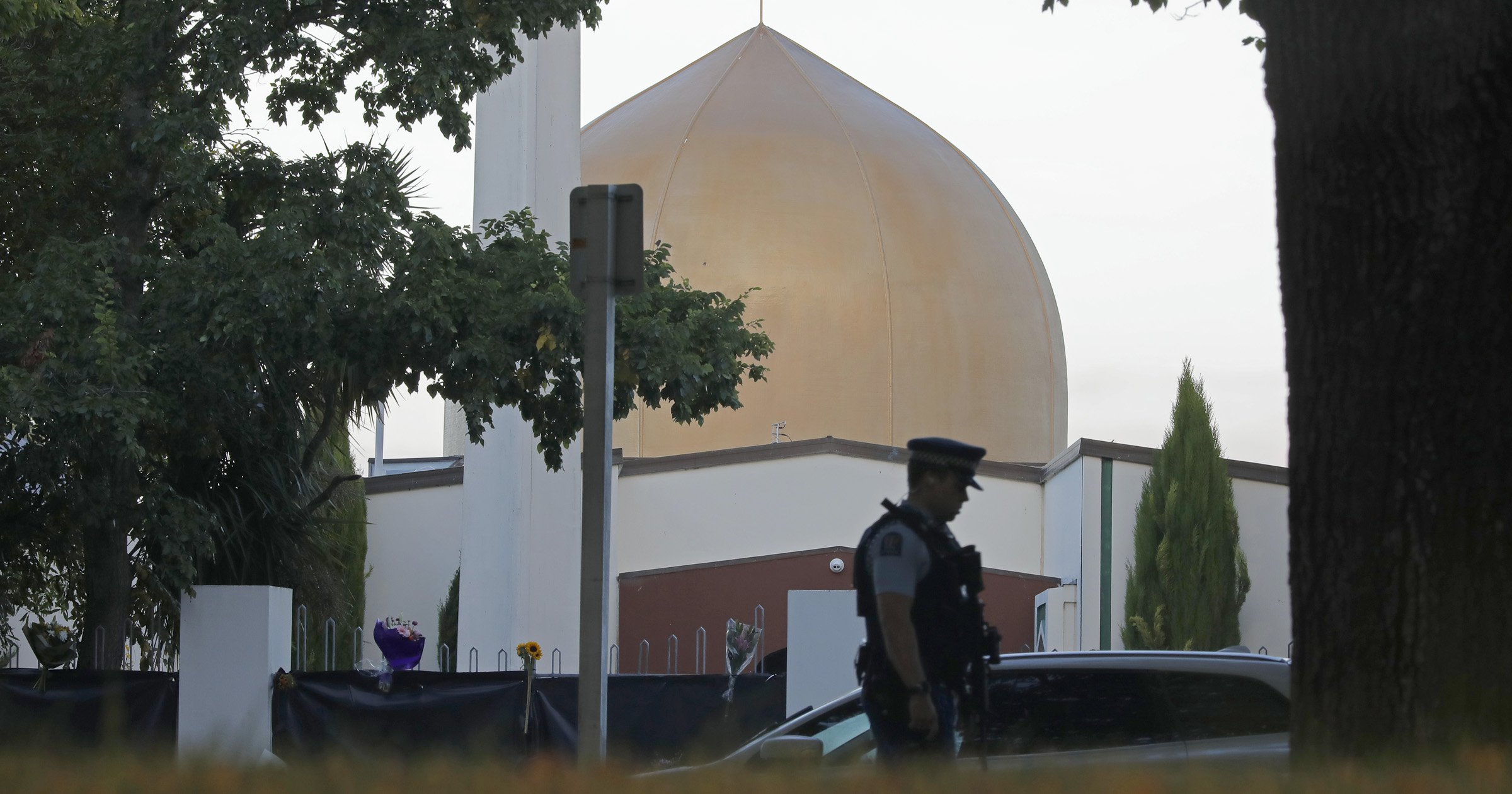 A former Ukip member who became a far right extremist has been convicted of terror offences.

Neo-Nazi Dean Morrice, 34, made a video of himself strumming his guitar to footage of the Christchurch mosque shooting, in which 51 people died.

In the film, Morrice wore a skull mask and played the instrument in time with the gunshots, just three days after the 2019 attack in New Zealand.

He also stockpiled chemicals used in home-made explosives and collected a cache of terrorism manuals and instructions for creating a 3D printed gun.

Morrice, of Paulton, Bristol, was on Thursday found guilty of having explosive substances and terror offences, including encouraging terrorism.

His trial at Kingston Crown Court heard how he regularly took part in far-right forums and had set up two of his own channels, glorifying figures from the Third Reich and hailing neo-Nazi terrorists as ‘saints’.

He told the court he had been a ‘fan’ of Nigel Farage and a member of Ukip ‘until a few years ago’ but then became more extreme.

Morrice, had joined the army as a driver aged 16 but left to run a small business fixing electronics.

Jurors heard how he enjoyed dressing up as a ‘right-wing fascist’ in outfits including a tactical vest and beret.

Although he admitted holding ‘facist and neo-Nazi views’, he denied the charges against him, saying he did not believe in ‘committing acts of violence towards ethnic or religious groups’.

Police raided his home on August 20, 2020, and found a 1kg of carbon, 1kg of potassium nitrate and 500g of sulphur in his garage – enough ingredients to make 1.3kg of gunpowder.

They also found 500kg of aluminium metal powder, 500kg of iron oxide in the garage and 25g of magnesium ribbon in the kitchen, which would make 680kg of thermite.

A gun-making manual and a document titled ‘Poor Man’s RPG’, were found stored on his mobile phone.

Morrice also owned two 3D printers in his garage and had a collection of files stored on an SD card which could have been used to create a viable firearm.

Prosecutor Naomi Parsons told the jury that while it is not illegal to hold neo-Nazi views, Morrice’s conduct ‘crossed the line into terrorism’.

Morrice said he had no intention of making a gun from his 3D printer, saying he did not think it could be done.

He claimed he had bought the chemicals found in his garage to pursue his interest in homebrewing.

Judge Peter Lodder QC remanded Morrice in custody ahead of sentencing on Monday.