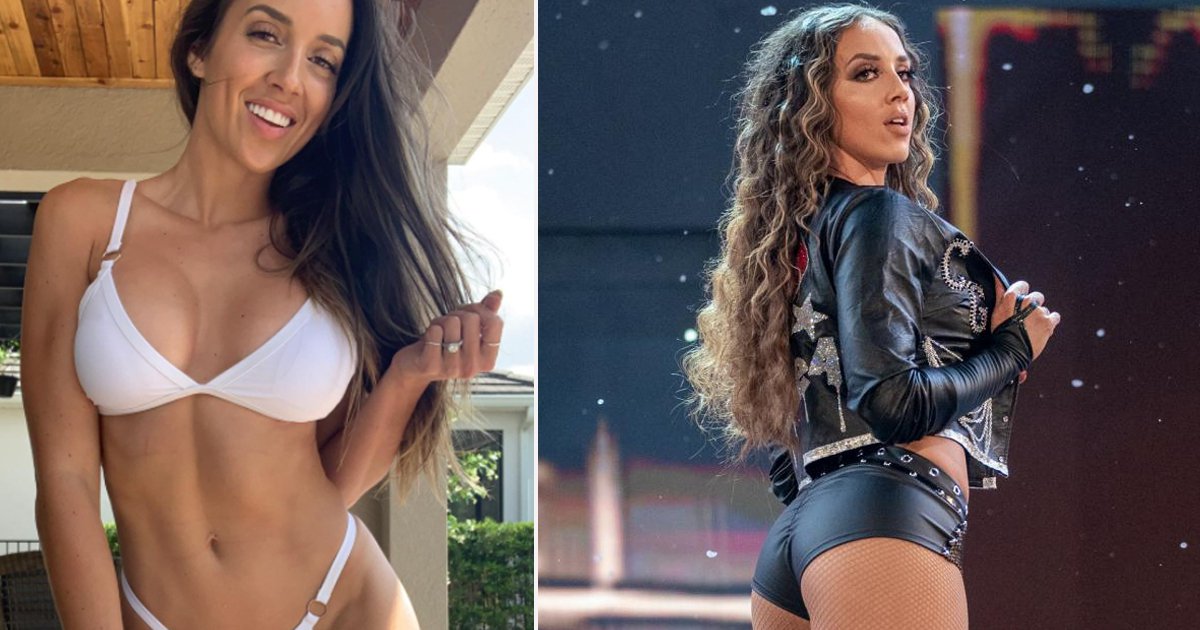 Chelsea Green has revealed she once went to a Playboy casting call – and she’s recently been back in touch with the company.

The former WWE superstar has always been a fan of the brand ever since watching The Girls Next Door – AKA The Girls of the Playboy Mansion, which ran from 2005 to 2010 – and she attended an open casting call in Chicago back in the summer of 2010.

Speaking this week on her podcast Green With Envy, Chelsea – who recently told Metro.co.uk about her goals with the company – described the experience as the ‘best day ever’ and opened up on the audition itself.

Reflecting on the casting call, she said: ‘I get changed into my outfit, I put my lip gloss on, I’ve got my eyeshadow, my skinny little eyebrows going on, and I have my heels on.

‘I decided to go for a little hot, hot pink bra and undies set, and I thought I looked like the f***ing cat’s meow. I was like, “There’s no way they won’t chose me”.

‘You go in, there’s a couple of people sitting behind a desk with screens – they’re obviously looking at the shots as they come up… You go in and it’s a photoshoot, plain white backdrop.

‘You basically tell them a little bit about yourselves, tell them what you like to do and why you love Playboy, and why you wanna do it and you pose.’

Chelsea, now 30, remembered the brief photoshoot, and she’s hunting down the pictures from the day.

‘It was kind of a very normal casting call. I will say, I don’t believe I got fully naked – I did take my top off, obviously, but I don’t remember taking my underwear off,’ she explained, noting she was fine posing topless.

‘At the time, I was like 20 years old, whatever – I loved my boobs! I had zero issues with my body and I’ve played sports my whole life, so I was in shape and stuff even though I was eating Cheetos for lunch in college.’

She never heard from Playboy after the audition, and ended up chasing her wrestling dream, going onto work for the likes of Lucha Underground, IMPACT Wrestling and WWE.

The latter released her in April, and while fans are waiting to find out where her in-ring journey takes her, there are also discussions with Playboy after an employee reached out to her on social media.

‘I totally feel like we connected, he had such a great vibe about him, and he kinda enlightened me to what 2021 and future Playboy looks like – which is not the brick and mortar stuff,’ she said, noting the physical magazine was halted during the pandemic.

‘It is the digital side things, and the influencing side of things, and blogging, vlogging, hosting, podcasting, all that kind of stuff that they didn’t have before that they want to expand Playboy into.’

She’s not too sure what her role will be, but the Hot Mess is confident she’ll have a part to play.

She added: ‘I do feel really positive about the fact that in the future – and maybe it’s not in 2021, maybe it’s at the beginning of 2022, we’re not sure, but Chelsea Green might be the future of Playboy.’

*New episodes of Green With Envy drop every Monday.