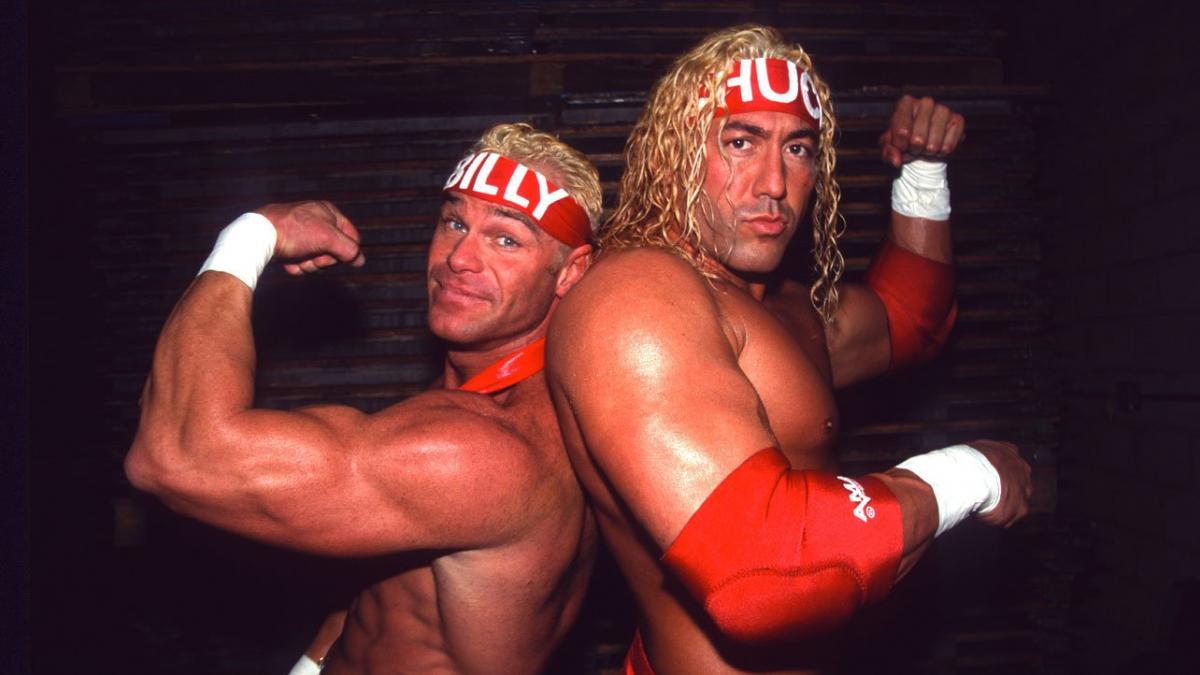 Former WWE superstar Chuck Palumbo has weighed in on his classic tag team with Billy Gunn – and he loved ‘easy’ character.

The two stars were put together as ‘gay’ tag team Billy and Chuck from the end of 2001 until September 2002, after the duo revealed on-screen they were both heterosexual and the tandem had been an in-character publicity stunt.

Reflecting on that period of his career, Palumbo exclusively told Metro.co.uk: ‘Absolutely fantastic! I’ll tell you why. I’m not gay, but I do not judge people who are, I have friends are. It’s perfectly fine, there’s nothing wrong with that.

‘I had no problem playing the character. It was a gimmick, they gave it to me, they gave me an opportunity, they gave us a very strong push, we made great money and we had fun out there every night.

‘It was easy. If you know a lot of the characters that get over, they’re easy. Just have fun with it! That’s what we did. I had a great time.

‘Do people judge you? Yes. Some of the guys were like, “Why would you do that? Tell them you don’t wanna do that!” I’m not living my gimmick. A lot of the guys unfortunately start to believe their character.

‘It’s a character! We’re not great actors, but we are actors. If someone’s gonna say that we’re not out there acting, they’re blind. So play the role, play the part, right?’

The team’s relatively short run saw the pair on regular TV and getting exposure on the likes of TIME magazine, Howard Stern and the Today show, and Chuck revealed Billy was similarly on board.

‘I think he was. He had been around a while, he knew it was another opportunity. He had been at the game for a long time,’ he added. ‘And this was just another spotlight for him. We had fun with it, we had a lot of fun with it.’

For Palumbo – a former WCW star who was brought in by WWE in 2001 – it was also a great opportunity to learn from Gunn, who had already made wrestling history as one half of the New Age Outlaws with ‘Road Dogg’ Jesse James.

‘I learned a lot about the business inside the ring but maybe more importantly outside the ring. We trained a lot together – we used to love to work out together, we were at the gym all the time. That was our routine.’

Although the end of the storyline – when their ‘life partner’ ceremony was revealed to be a scam – caused some controversy, Chuck thinks the tag team was still a source of positive representation for the majority of its run.

‘I think that is what made it. They saw us having fun, being two bros and having a good time, joking around. They were like, “Oh my God, these guys are having a blast!” That’s why that character worked.’

He described it as ‘cutting edge’ – particularly for wrestling – and he suggested it might not have resonated in the same way if WWE or another wrestling company tried a similar angle now.

‘Was it cutting edge at the time? Absolutely. What was it, 2003? If you really think about the storyline, today maybe it wouldn’t have had the impact,’ he added.

‘We talk a lot about gender differences, same sex marriages, stuff like that – very normalised, which is fantastic. But at the time, we didn’t talk about that, so it was cutting edge!’

*Keep up to date with Chuck Palumbo’s renovation work on the Chuck of All Trades YouTube channel.

Jason Fox ‘would consider’ taking over from Ant Middleton as SAS: Who Dares Wins host