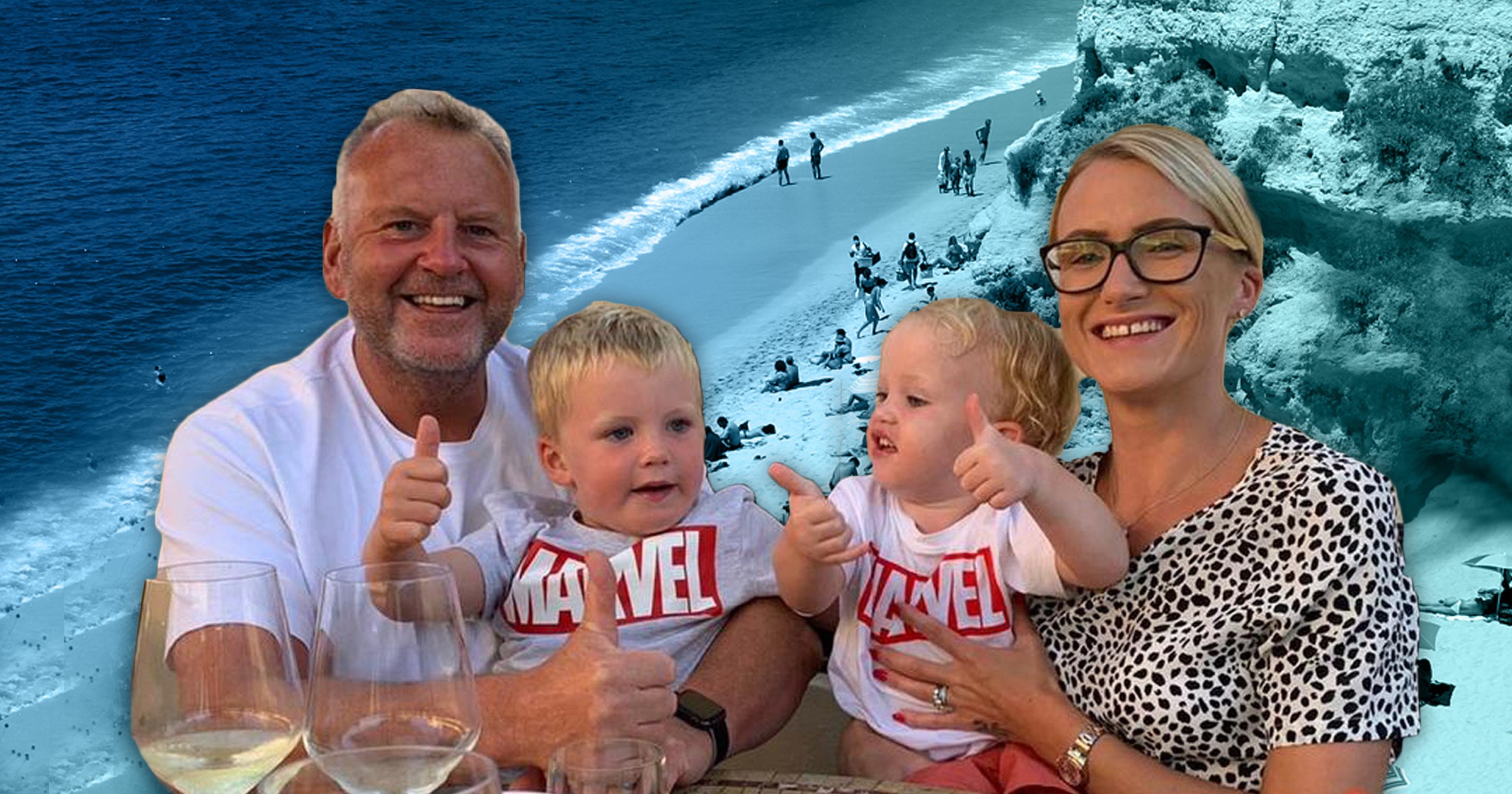 Covid tests are in short supply in Portugal as holiday-makers rush to get home before it gets put on the amber list.

A family who moved their flights to get back to the UK before 4am on Tuesday fear they might get stuck in the country as they will not be allowed to board the plane without proof of a negative test.

Flight prices are also being ramped up, causing chaos among the thousands of Brits who remain in Portugal today.

Anyone who returns to the UK after the deadline will need to self-isolate at home for 10 days after it was taken off the green list due to rising Covid cases.

Simon Smith, who is currently on holiday in Lagos with his wife and two children, said he has visited five medical centres and the main hospital to try to get tests after he booked an earlier flight home on Saturday morning.

Travellers are supposed to take a coronavirus test in the three days before their flight to the UK departs.

The property developer, from Stamford, Lincolnshire, who owns a villa in the area, said: ‘There were about 35 people in the queue, all British, and they told us “The first 15 are OK, but the rest of you might as well go home because we don’t have enough tests”.

‘I thought the whole idea of the green list was that they were going to monitor it and give people plenty of time and notice to get flights and sort out problems with testing.’

The family have been told the airport has a small amount of Covid tests available, so plan to turn up for their flight five hours early in the hope of getting one.

‘If we can’t get that, we can’t fly,’ said Mr Smith. ‘And then we are going to be stuck here, and then have to face 10 days’ quarantine.

‘I have meetings on Friday, I can’t afford 10 days’ quarantine. It is a joke.’

Meanwhile, seats of flights home are costing hundreds of pounds more. A place on a Ryanair flight from the capital Lisbon to Manchester on Monday costs £339, whereas travel on the same route is available for just £75 on Wednesday.

British Airways is charging £348 for flights from Faro to London Heathrow on Sunday and Monday, but the price drops to £137 on Tuesday.

Communities Secretary Robert Jenrick has said the Government was forced to intervene after positive cases doubled in the last three weeks in Portugal.

But the move has also scuppered many travellers’ plans for the upcoming summer holidays.

Alexandra Teixeira, who was due to be reunited with her family for the first time in 18 months, said her hopes have been ‘crushed’ at the last minute.

The retail worker, from London, said: ‘I was planning to go on Monday and decided to cancel it because Portugal got moved to the amber list.

‘I work in retail so quarantining at home for 10 days after coming back isn’t really an option.’

Ms Teixeira, 24, said she is ‘sad and frustrated’ at not being able to see her family after such a long time apart.

‘I haven’t seen my family in one and a half years and when things start looking up, there’s a glimmer of hope, it gets crushed in seconds,’ she said.

‘In regards to flights, because it was such short notice I didn’t even try to get a refund; instead I asked for a voucher which was emailed to me soon after I applied for it… (I am) curious to see if I’ll be able to get a refund for all the tests that were bought.

‘Not everyone can book holidays last minute so people need a couple of weeks’ notice or something, not three or four days.

‘Everyone that works in retail – I’m sure other sectors are the same – needs to plan their holidays weeks if not months in advance.’

Others are struggling to get refunds for tests they’ve already bought, in anticipation of being able to travel.

An Oxfordshire resident, who wished to remain anonymous, said the private testing company who they bought PCR tests from is refusing to pay the money back.

‘We can’t be away from “life” for almost three weeks, also we can’t afford the extra day five test or day eight test,’ they said.

The 37-year-old added: ‘We had prepared to cancel the trip if it was amber – we have had it booked way before the traffic light system – and booked with BA as they will cancel or change the flight, so I’m not at all angry about that.

‘It’s just these private testing centres that refuse refunds for tests that won’t be used… why can’t we just cancel and get a refund?

‘They say they will give you a credit voucher but we are not going away for at least another year, and who knows what the rules will be then? It just takes advantage.’

Line of Duty’s Owen Teale still gets accused of being H after finale: ‘I’m defending myself down the shops’

Docs said I’d never move again after being paralysed at 18 but I walked down the aisle, says 7 Yards star Chris Norton

Man ‘mortified’ after being tricked into posing for bondage bed advert