CHINESE hackers could be hacking into your computer while you work from home — and use it as a back door to steal your company’s secrets.

Beijing’s cyber henchmen are said to be exploiting the Covid pandemic that began in its own country to rinse the West of its valuable know-how.

The sinister warning comes from the National Cybersecurity Agency of France (ANSSI) which discovered China state hackers are targeting home routers as part of a massive cyber theft blitz to steal ideas they can then rip off.

It comes as MI5’s top boss will warn Britons to be on their guard about spying and hostile state attacks from the likes of China and Russia in the same way they are about terrorism.

ANSSI said the Chinese hacking group — known in security circles as APT31 — is targeting less secure household routers used by staff working from home as a way of breaking into their employers.

The agency warned: “[We] are currently handling a large intrusion campaign.

“Attacks are still ongoing and are led by an intrusion by APT31.

“It appears from our investigations that the threat actor uses a network of compromised home routers as operational relay boxes in order to perform stealth reconnaissance as well as attacks.”

Crucially, this method allows them to steal secrets without companies and organisations knowing it has happened.

These are commonly used by people working from home, especially for email.

Foreign Secretary Dominic Raab said: “The cyberattack on Microsoft Exchange Server by Chinese state-backed groups was a reckless but familiar pattern of behaviour.

“The Chinese Government must end this systematic cyber sabotage and can expect to be held to account if it does not.”

MI5 chief Ken McCallum said: “This is happening at scale. And it affects us all. UK jobs, UK public services, UK futures.”

As revealed by the Sun Online MPs fear state secrets could be stolen by China using “hacked CCTV” as thousands of security cameras in the UK are owned by Beijing.

Chinese state-backed surveillance technology is believed to have been installed in several government buildings in the UK.

The cameras are still being actively bought by government departments and local councils, the China Research Group (CRG) told The Sun Online.

In a grave warning, MPs said Chinese intelligence agencies have the potential to “tap into camera feeds in sensitive locations”.

China’s Hikvision cameras — which are banned for government use in the United States and used in Xinjiang’s surveillance state — have been installed in ministerial departments, the group said.

There are an estimated 1.2 million Hikvision cameras across the UK — and the Chinese state has a controlling stake in the firm. 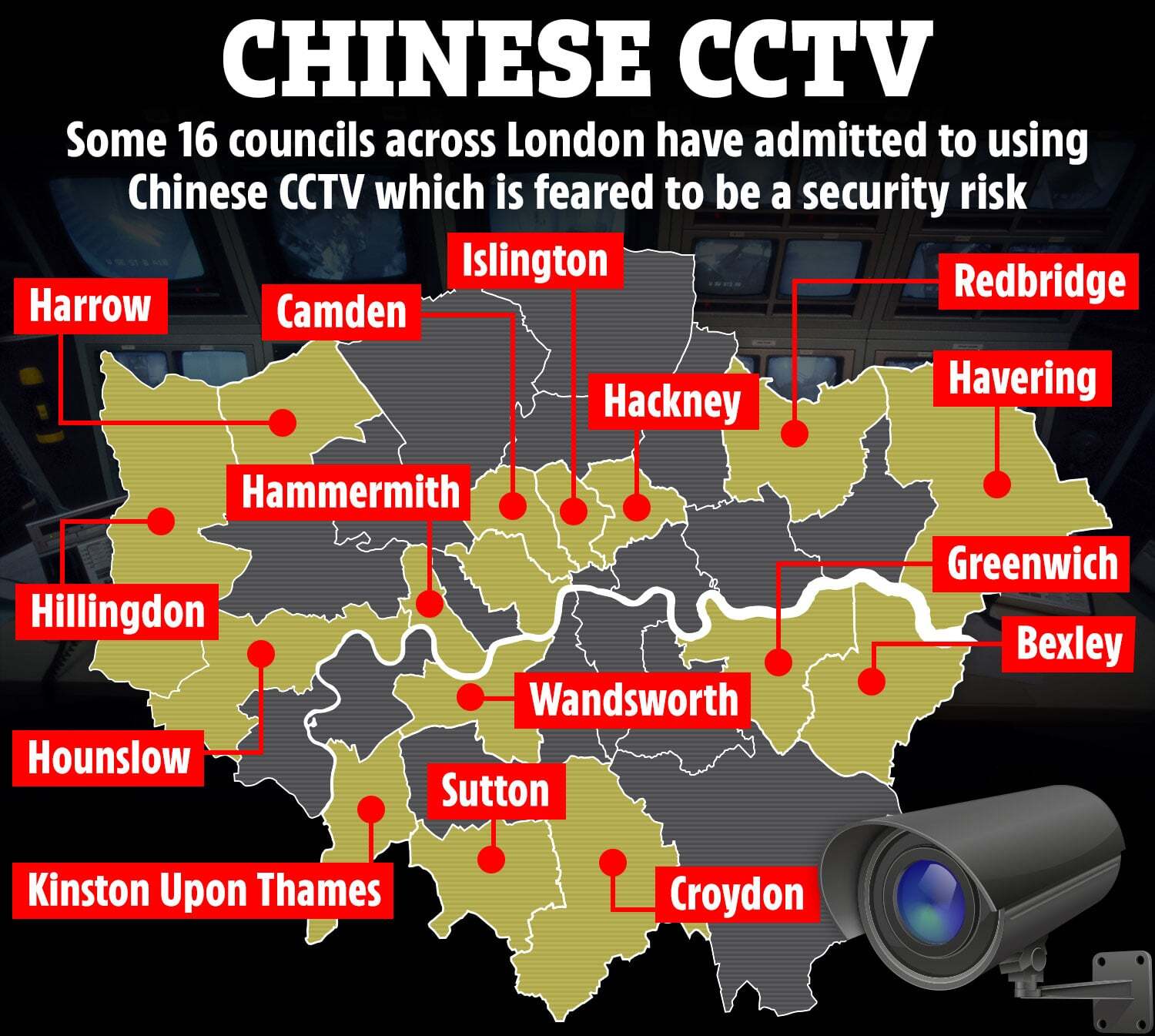 Paedophile marched down street in handcuffs after talking to ‘schoolgirl’