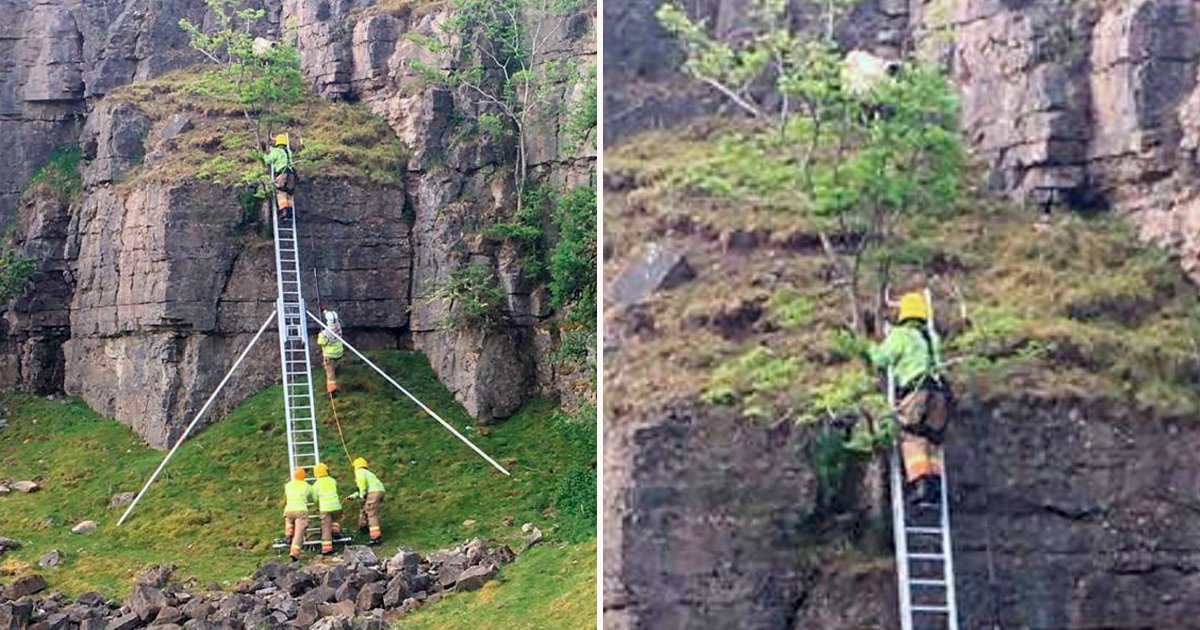 A sheep somehow found itself teetering on the edge of a cliff in County Durham and had to be rescued by firefighters.

Bleats of distress were heard yesterday morning from a ewe from Bollihope, and emergency services were immediately alerted.

Five firemen came to the rescue and were pictured using an extended ladder to reach the panicked animal, before carrying her down to safety.

A spokesman for the County Durham and Darlington Fire and Rescue Service said: ‘The sheep was unharmed, just a little peckish.’

Unable to resist the potential pun opportunities, they added: ‘You herd it here first’.

It comes just a few weeks after a whole street’s power had to be switched off for firefighters to rescue a cat.

The feline somehow got stuck up an electricity pole, and was spotted sitting there after not touching her food all day.

‘We’ll try and keep her on the radiator more from now on,’ her owners said.

Photo of deadly camouflaged snake hiding in ferns has social media users terrified – can you spot it?

Police arrest suspect over murder of Brit mum, 20, during burglary in Greece after he was stopped at border