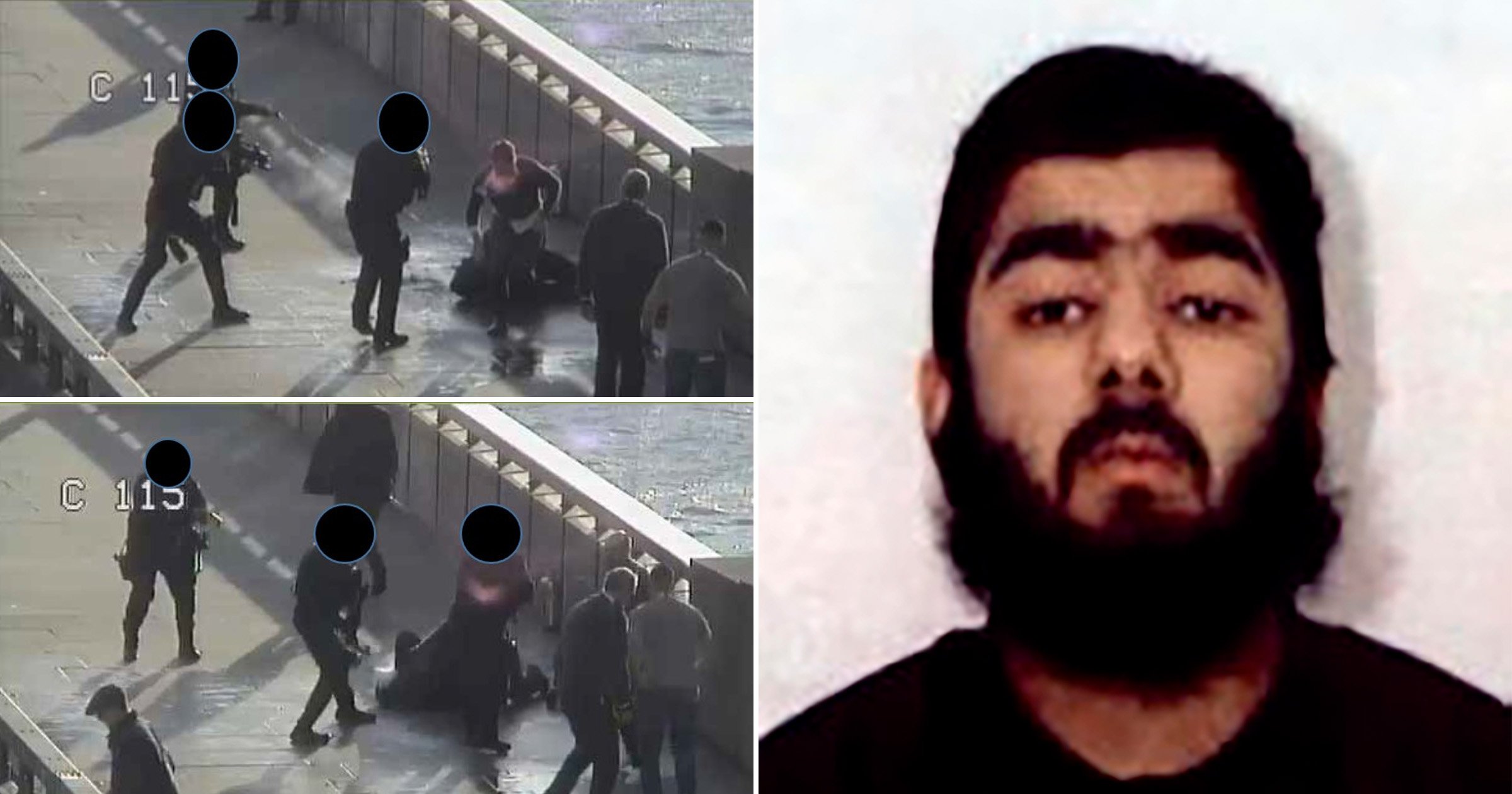 The jihadi, 28, murdered 23-year-old Saskia Jones and 25-year-old Jack Merritt, who had volunteered for a prisoner education event he was attending.

He strapped kitchen knives to his hands and attacked delegates at the event on November 29 2019.

Others attending had tried to stop him, striking him with a chair, a fire extinguisher and even a narwhal tusk grabbed from the walls of Fishmongers’ Hall, where the Learning Together education programme was being held.

He was finally shot dead by armed officers after being chased onto London Bridge.

Police believed he was trying to detonate an explosive device which could cause mass casualties.

An inquest heard six officers fired 20 times at Khan, including 18 in a 90-second period after being sanctioned to carry out a so-called ‘critical shot’.

Twelve of the 20 bullets hit Khan, and a forensic pathologist gave the cause of death as haemorrhage due to multiple gunshot wounds to the chest and abdomen.

Jurors concluded on Thursday that Khan had been lawfully killed by anonymous police officers following a two-week inquest at the City of London’s Guildhall, half a mile from where he died.

The were directed to return a short form conclusion of lawful killing by coroner Mark Lucraft QC on the ground that each of the officers who shot Khan believed it was necessary to do so to protect themselves and others.

In a longer, narrative conclusion, the jury said that when they shot Khan dead, the officers ‘believed he was trying to find a trigger’ on a suicide vest, and that when they opened fire, they feared Khan was moving ‘to detonate the device’.

Khan had been imprisoned after he admitted planning a terror training camp to send anti-West fighters to the UK.

He was handed an indeterminate sentence which was varied upon appeal to an extended sentence. As such, he was released without parole after eight years inside.

An ‘influential’ inmate, he associated with other high-profile terrorists, including Fusilier Lee Rigby’s killer Michael Adebowale, while Khan later told people he had mixed at various times with the likes of hooked cleric Abu Hamza and notorious prisoner Charles Bronson.

But he successfully convinced many, including his prison chaplain and his probation officer, that he had changed his ways for the better.

He even succeeded in duping Mr Merritt, a co-ordinator on the Learning Together prisoner education scheme, who insisted Khan had been ‘de-radicalised’ when a colleague raised concerns about possible terrorist imagery in a poem Khan wrote ahead of his release.

Even on the day of the attack, wearing a fake suicide belt and carrying a backpack containing the eventual murder weapons, Khan offered his former prison counter-terrorism governor a hug, and declared: ‘I have learnt that violence isn’t the path.’

Giving evidence at the two week inquest, a firearms commander known only as WA30 told the jury: ‘I thought he was going to detonate that device.

‘I was just in a cold sweat, I could hear my own heartbeat, I was sweating profusely, my mouth went so dry.’

He added: ‘It was like watching a slow motion car crash.

At the scene, armed response officers from the Met and City of London Police standing well within the 100m blast zone said they feared they would be killed as Khan sat up, having spent several minutes breathing deeply lying prone on his back following the first two gun shots, and appearing to reach for something nearby.

An officer known as AZ99 said: ‘At that point there, I thought: We’re dead.’