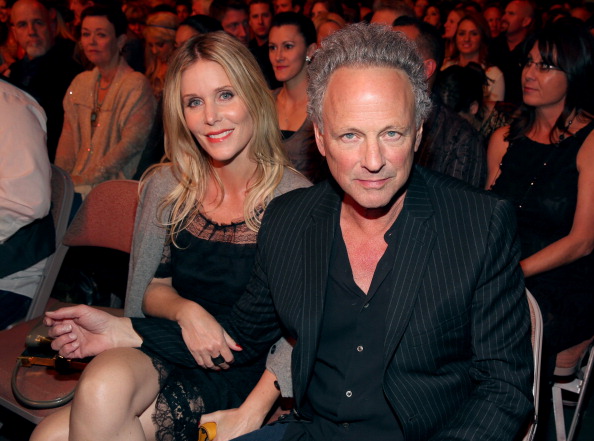 Fleetwood Mac’s Lindsey Buckingham has split from his wife Kristen Messner after 21 years of marriage.

Messner, who is an interior designer and photographer, filed for the dissolution of their marriage recently in Los Angeles County, according to TMZ.

Buckingham, 71, and Messner met in the late 1990s when she photographed him for the cover of one of his solo albums.

The couple got married in 2000, two years after welcoming their first child William.

According to the website, the exes have not discussed the details of their divorce as of yet, but noted that depending on how long it takes, there may not be any child custody issues as Stella is the only one of their children under 18.

Buckingham – who was famously in a relationship with Stevie Nicks when they joined Fleetwood Mac and penned Go Your Own Way about their split – was 51 when he married his wife, and said that leaving marriage until later in his life ‘worked out really well’.

He previously told the Las Vegas Review-Journal: ‘I had a lot of crazy girlfriends, and a lot of that was just an outgrowth of the lifestyle we were all leading.

’I did see a lot of friends who were parents and spouses — back in previous decades — who weren’t really there and kind of screwed up their kids and were not there for their family situations. So I waited and I was lucky enough to meet someone relatively late… it’s worked out really well. I got all that other garbage out of the way.’

The guitarist will have plenty to keep his mind off the split, as on the same day the news surfaced, Buckingham announced a brand new single and album, as well as US tour dates this September.

He tweeted: ‘My new self-titled album is one I’ve been intending to get out for a couple of years now, but on more than one occasion, unforeseen circumstances necessitated a postponement of plans. Now that we’re back in gear, I’m thrilled to finally be sharing new music with my listeners!’

The first single from his self-titled album, which is out in September, called I Don’t Mind is out now, and Buckingham said of the track: ‘Over time, two people inevitably find the need to augment their initial dynamic with one of flexibility, an acceptance of each others’ flaws, and a willingness to continually work on issues; it is the essence of a good long-term relationship. This song celebrates that spirit and discipline.’

Buckingham first joined Fleetwood Mac in 1974 along with his then-girlfriend Nicks, and remained in the band until 1987, before officially rejoining in 1997.

However, he was fired in 2018 and replaced by Mike Campbell and Neil Finn, and Buckingham sued his former bandmates.

Three years on, though, Buckingham and Mick Fleetwood have reconciled, and both have said that while they don’t see it happening any time soon, they would consider teaming up for a reunion tour.

MORE : Penny Lancaster saved the life of ‘desperate man’ on a bridge while working for police: ‘It was rewarding’

Gang member who raped girl, 13, says ‘I’ve not committed that big a crime’