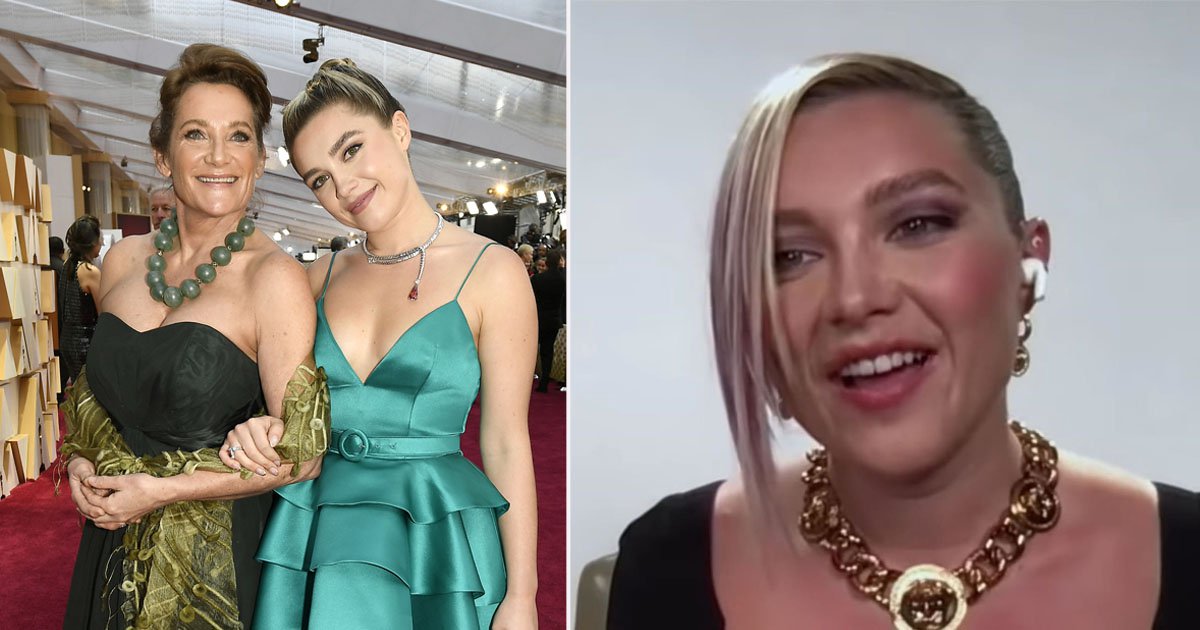 Florence Pugh has shocked us all by revealing that her mum got high with Snoop Dogg at an Oscar’s after-party thrown by Madonna.

The actress earned an Oscar nomination for her role in Little Women and, during an appearance on Jimmy Kimmel Live!, she shared some details of what it was like attending the 2020 Oscars with her parents as her plus-two.

Understandably, the British star was ‘concerned’ both parents were coming, as they’re both ‘big characters’.

However, the 25-year-old admitted that their trip to Los Angeles ‘ended up being the week of their entire lives, and we still talk about it till this day.’

‘They’re just pure havoc. It was like wrangling toddlers the entire weeks,’ she told the late-night host.

Asked if her parents were drinking at the parties, the Little Women star replied: ‘What do you think, Jimmy? They are partiers. They go out and they make memories.’

Alcohol, she revealed, wasn’t the only thing they were imbibing when they attended Madonna’s Oscar-night party, when her ‘mum went missing for hours’.

Admitting she was ‘starting to get a bit worried,’ Florence began asking around if anyone had seen her.

‘My mum suddenly comes crawling from somewhere, she’s holding onto bannisters and doors.

Her mother’s response? She’d been hanging out with Snoop Dogg.

‘My mum got high with Snoop Dogg!’

Earlier this year Florence, who usually keeps her relationship with Zach Braff on the down-low, chose to share a sweet tribute to the star on his 46th birthday.

Uploading a series of photos of her boyfriend, Florence accompanied the shots with a touching message for the actor she’s been linked to since 2019 after working together on the short film Time It Takes To Get There.

Florence, 25, celebrated the Scrubs star’s birthday, sharing pictures of him with the couple’s dog, Billie, and writing in a lengthy caption: ‘It’s this magical persons birthday.

‘A year ago we got Billie three days before Zach’s day and she’s flopped on her back for tummy tickles from him like this ever since. A special day for a special fella requires special foot wear and fluffy trackies… obvi.’

She went on: ‘His need to make people laugh and smile is never ending, his constant generosity and love for others is infectious, his creativity and ability to put real and honest words onto the page inspires many and all who’s around him, but above all.. his appreciation for life and excitement for LIVING is something I always take note of.

Joe Biden UK visit: When does the President arrive?