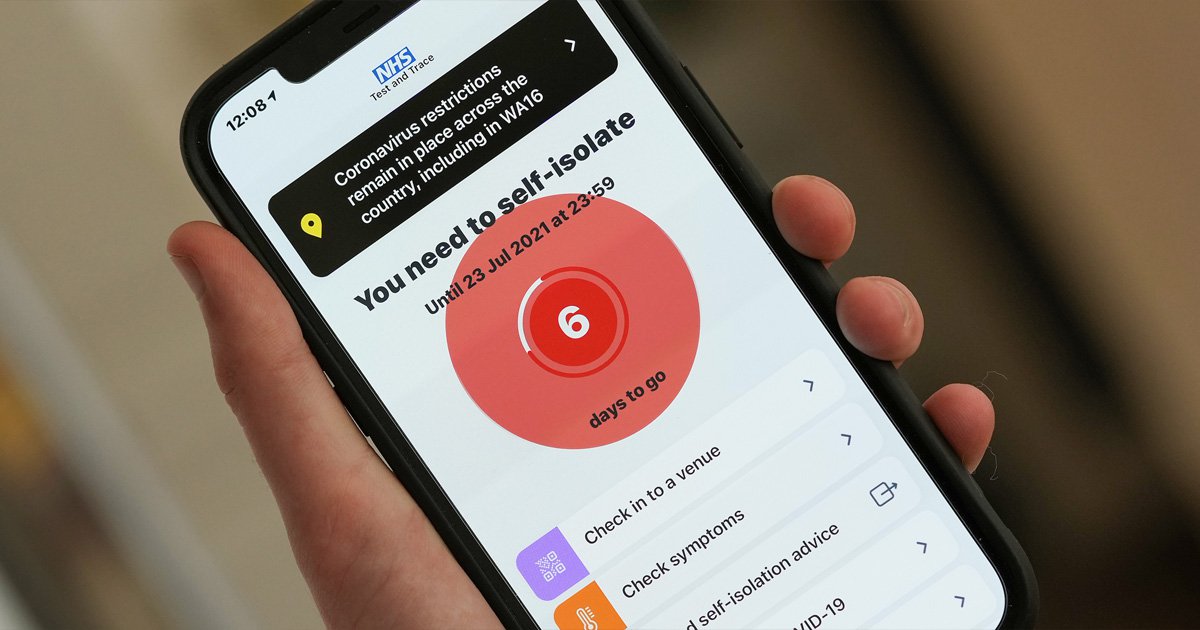 A food distribution firm has told staff to take a test rather than self-isolate when pinged by the NHS app, in breach of government advice.

Bidfood chief executive Andrew Selley defended his approach for delivery drivers to continue working if they have negative results as ‘appropriate and safe’ because they are ‘critical workers’.

He said the firm, whose customers include hospitals, has heard no information about how to apply for a quarantine exemption for fully-vaccinated staff under new plans to ease the ‘pingdemic’.

Faced with a ‘real challenge’ in completing orders on time due to staff shortages, workers are being asked to follow a testing regime if they receive an alert from the app as a close contact.

Mr Selley told BBC Radio 4’s Today programme: ‘We know that they’re critical workers as part of the food supply chain, so if people are obviously positive or contacted by Test and Trace then they will have to isolate.

As it stands, isolating for 10 days after an alert from the app is the official advice from the government, but it is not a legal obligation like if contacted by Test and Trace.

Industry bosses have warned that supply chains are ‘starting to fail’ due to the number of workers, including lorry drivers and meat-processing staff, getting pinged.

Mr Selley said 100 staff from around 20 depots across the country were off isolating on Wednesday, presenting a ‘real challenge’ with deliveries delivered late, or even the next day.

He said of his testing plan: ‘We think that’s appropriate and safe. The ping is advisory.

‘We operate in Covid-safe workplaces and we’re absolutely key workers in terms of the supply chain to hospitals, care homes, prisons, and therefore it’s important for us to be able to keep offering that service to our customers.’

On Monday, Boris Johnson announced an exemption for a ‘very small number of named critical workers’ who have received both jabs, ahead of a greater easing of the rules for the fully-vaccinated on August 16.

But he did not specify which sectors this applied to and said rather than drawing up a list of automatic exemptions, bosses would have to apply to government departments if they want their workers to circumvent the rules.

Mr Selley said: ‘We’ve heard talk of the Government system to apply but there’s no detail as to how to apply, so it’s touted as something that’s out there, but we’ve heard nothing in terms of how one could apply for that status.’

This morning, business minister Kwasi Kwarteng admitted the government is ‘very concerned’ about the numbers of people being pinged by the app.

He said ministers were ‘monitoring’ the situation and would be setting out a list of exempt critical workers ‘very soon’, with the expectation that it will be published on Thursday

It comes after rules were thrown into confusion by business minister Paul Scully, who said it was a decision for individuals and employers whether they should isolate after a ‘ping’ from the app.

But he was quickly contradicted by Downing Street, who insisted it is ‘crucial’ for people to self-isolate after receiving an alert from the NHS Covid-19 app.

Nurse salary – how much do UK nurses make on average every year?