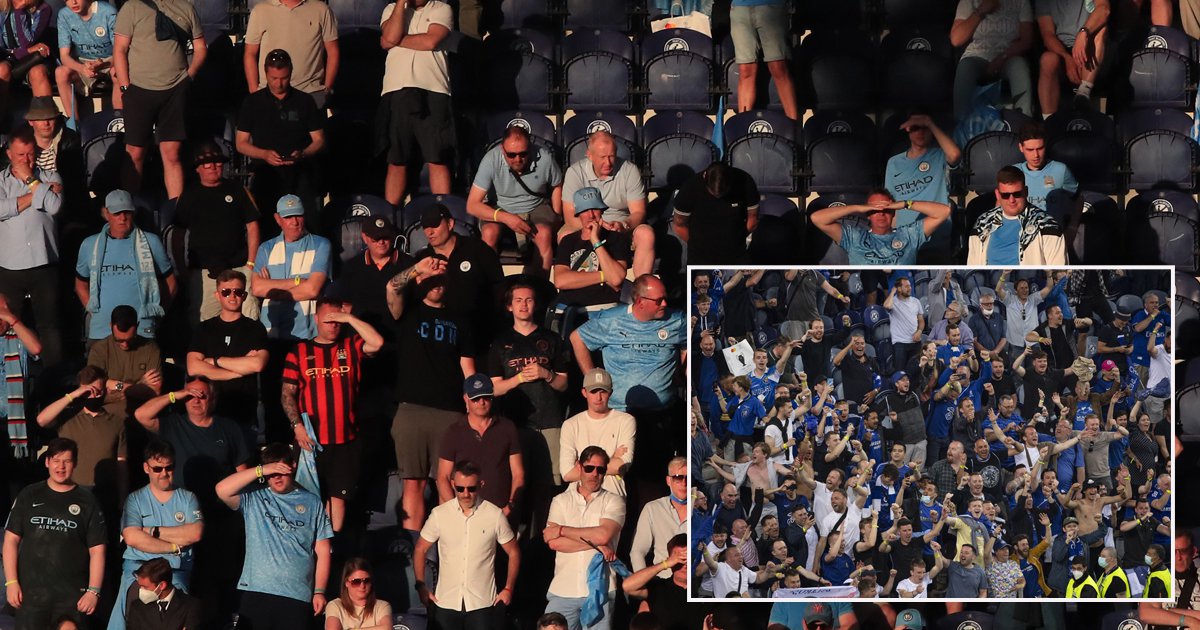 Football fans who travelled to Portugal to watch the Champions League final are being forced to self-isolate after several came down with Covid after the match.

Thousands of Chelsea and Manchester City supporters made the trip to Porto to watch the game but have since been pinged by their NHS apps.

Yesterday Portugal was taken off the green list of travel destinations due to a surge in cases.

There are fears a new mutation of the Indian variant – first found in Nepal – is spreading in the Mediterranean country.

Around 12,000 fans are thought to have made the trip and it’s not known if any may have brought the variant back home.

But seven flights of supporters have now been forced into quarantine due to positive cases on board, MailOnline reported.

Government minister Michael Gove, a Chelsea fan who made the trip, was notified by the NHS app while in a meeting and will now take daily tests but won’t have to self-isolate.

The first notifications started arriving on fans’ phones on Wednesday – three days after many had arrived back in the UK.

Supporters have complained they are being forced to quarantine, even if they have had both doses of the vaccine and tested negative.

Many are pointing the blame at Uefa, who run the competition, for deciding to play the match in a foreign stadium despite both finalists being from England.

But it’s also thought the UK Government blocked attempts to play the fixture at Wembley because it would have had to suspend quarantine rules for thousands of journalists, VIPs and sponsors.

Manchester City season ticket holder Alex Naylor told MailOnline: ‘I’ve spent £330 on PCR tests and got my latest back yesterday which showed I was negative. That was on top of the £450 for my ticket. I then get a text from track and trace telling me someone on the flight was positive and I have to self-isolate. I do not have the virus, yet I have to stay home for ten days.’

Meanwhile, Chelsea fan Andy Saunders, from St Albans, travelled on a Tui flight to Portugal and was told by his NHS Test and Trace app to self-isolate after returning.

He’s also taken the mandatory tests and had both Covid jabs so said it was ‘frustrating’ to be in this position but he didn’t regret going to the game.

Mr Saunders, who lives 35 minutes from Wembley, added that he thought it was ‘absolutely ludicrous’ the match was held in Porto.

Uefa said it had worked with all relevant authorities to ‘put in place a specific operational and sanitary framework, as well as guidelines, in order for the fans to attend the event in the safest and most risk-free environment as far as possible.’

EastEnders spoilers: Rainie and Stuart search for another surrogate after Bernie bombshell