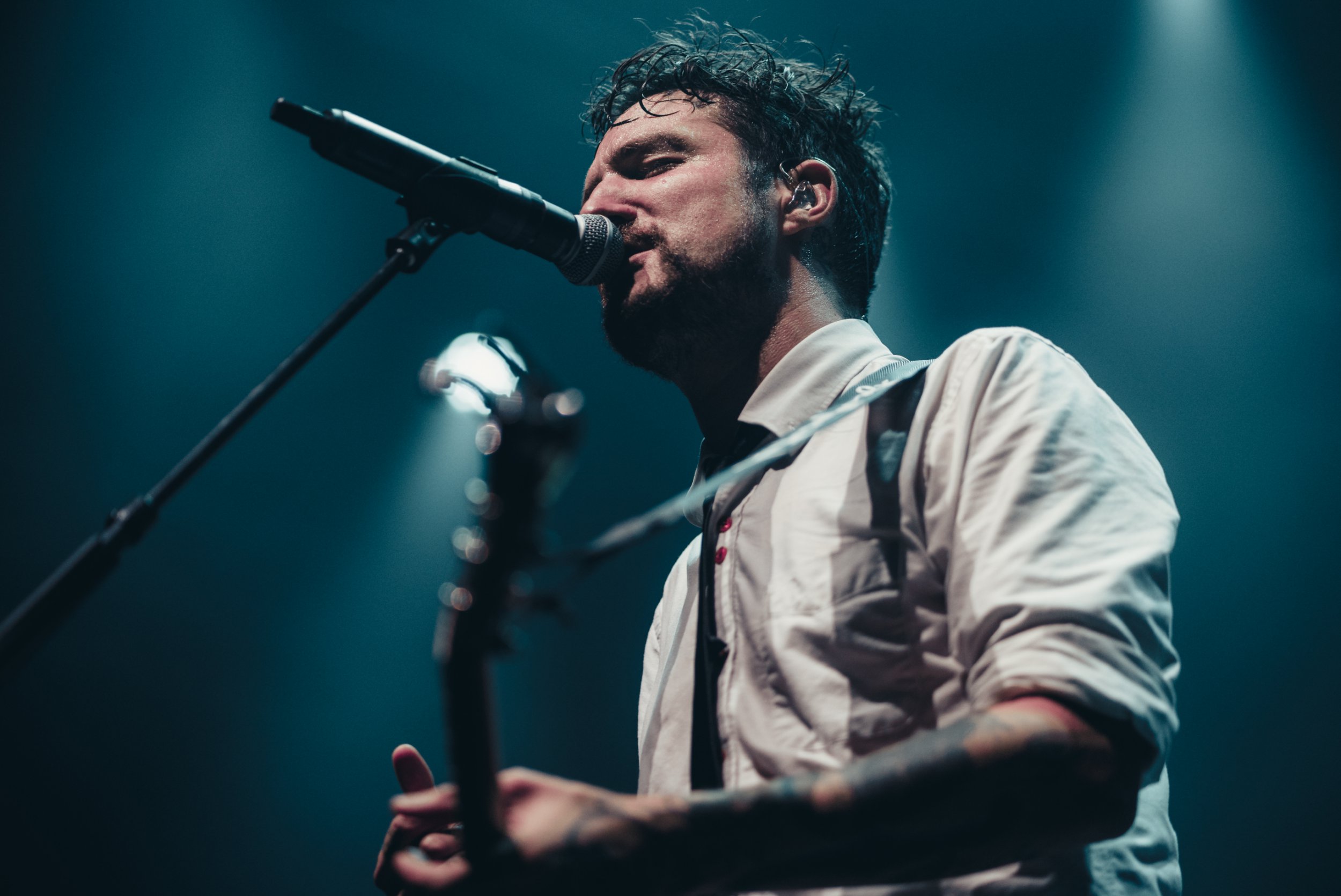 Many artists describe themselves as someone you absolutely need to see live – but surely few embody the reality better than Frank Turner.

And if the devil works hard, he works harder: pre-pandemic, Frank played more than 2,500 gigs over the course of his 15-year solo career.

He would regularly announce how many shows he was up to in the tally during his set, and for many of his fans it was an all-consuming experience.

Then it all stopped.

But while live gigs were curtailed by Covid restrictions, he did a series of live streams to raise money for independent venues and for crew members left cruelly in the lurch.

Now, with a glimmer of post-lockdown hope in sight, he has a series of live shows coming up to get excited about.

‘Just the act of posting these tour dates on my website made me quite emotional’ says Frank over Zoom from his home. ‘I was like “Oh, my God, it’s happening!” I’m honestly giddy with excitement.’

As excited as he is, Frank is keen to direct the credit to the people he says are most important of all.

‘My own crew, then the promoters plus their crew who are putting the shows together, are saints; they’re the heroes,’ he insists.

‘All I’m gonna do is turn up and prance about with an acoustic guitar. They’re the ones trying to deal with all of this.’

But while Frank isn’t afraid of hard work, it amuses him that people seem to be under the impression that he’s been as busy as ever of late.

‘I’ve actually been a lot less busy than usual!’ he explains. ‘It’s just that usually my business is geographically located. I’d be busy in Hamburg for a few days, then Paris, and so on.

Playing shows on the internet meant it was all in one place, so people were like, “Wow, how do you find the time?” and I’m thinking, “I did a show once a week.” That leaves quite a lot of hours…’

Never one to stay idle, Frank filled his time writing and creating a new album, FTHC. It’s a strange time to be bringing out a new album, he muses.

‘Quite often, when you’re starting your album cycle, you’re kind of bored of playing the old songs. But I’m not bored of the old songs at all because I’ve not been playing them! If somebody comes down to a show and they want to hear a song off album two or album five, that’s fine, you can have whatever you want.’

Frank’s latest single, The Gathering, is an ode to the return of live music. It’s bristling with energy and begs to be played on stage in a sweaty venue.

The artist has been known for his genre-hopping – from folk, to indie, punk, hardcore and back – and the new song has a rawness to it, while the album has a new sound, too.

‘I have tried to be stylistically broad in my time, but this is more aggressive. I mean, it’s not like a death metal record, you know, but it’s got more electric guitars and shouting than usual,’ he says.

‘Nevertheless, I try and maintain this kind of skeleton inside what I do, which revolves around me and my guitar. I have always kind of subscribed to this idea that if I was abducted by aliens, and then dumped somewhere in the world that I didn’t know where I was, if someone could find me a normal six-string guitar, I could do a show,’ he says.

‘I don’t really use weird tunings and stuff, partly because I don’t really understand them,’ he adds, laughing, ‘but I have the ability to strip back.’

Last July, Frank played one of the first government pilot events, to a reduced capacity at The Grand in London’s Clapham.

‘It didn’t really go anywhere because, first of all, the pandemic wasn’t done and, secondly, this government has no idea what it’s doing,’ he says.

However, he wants to stay positive. ‘I’ve talked about that show a lot, but one thing I feel like I haven’t talked about enough is just how utterly incredible it was to stand on a stage in front of a real audience, and not be playing to the back of my phone, my wife and my cat.’ His face lights up.

‘I mean, I love my wife and my cat, but it was emotional. Live music is my life. It’s my culture. There is a degree of religiosity to it. I think human beings have religious impulses. Sometimes they put them into religion, sometimes into sport, and sometimes they put it into music. And that’s what I do,’ he adds.

‘It felt utterly redemptive, and I felt very lucky. It’s blown my mind how much I missed it. I felt very privileged to be able to be someone who does that for a living.

‘Even though the last year has really sucked, it was like, “Oh, yeah, this is my job,” and it’s a great job. It’s the best in the world.’

Frank plays The Big Sheep, Bideford, June 19, and touring. Get your tickets here.

MORE : Coldplay’s Chris Martin says the end is near for the band as they ‘know how many albums they have left’

MORE : Your ultimate guide to the 2021 festival season

‘I wiped my hands of her’: Kerry Katona fights back tears over not doing more to prevent aunt’s death from alcoholism