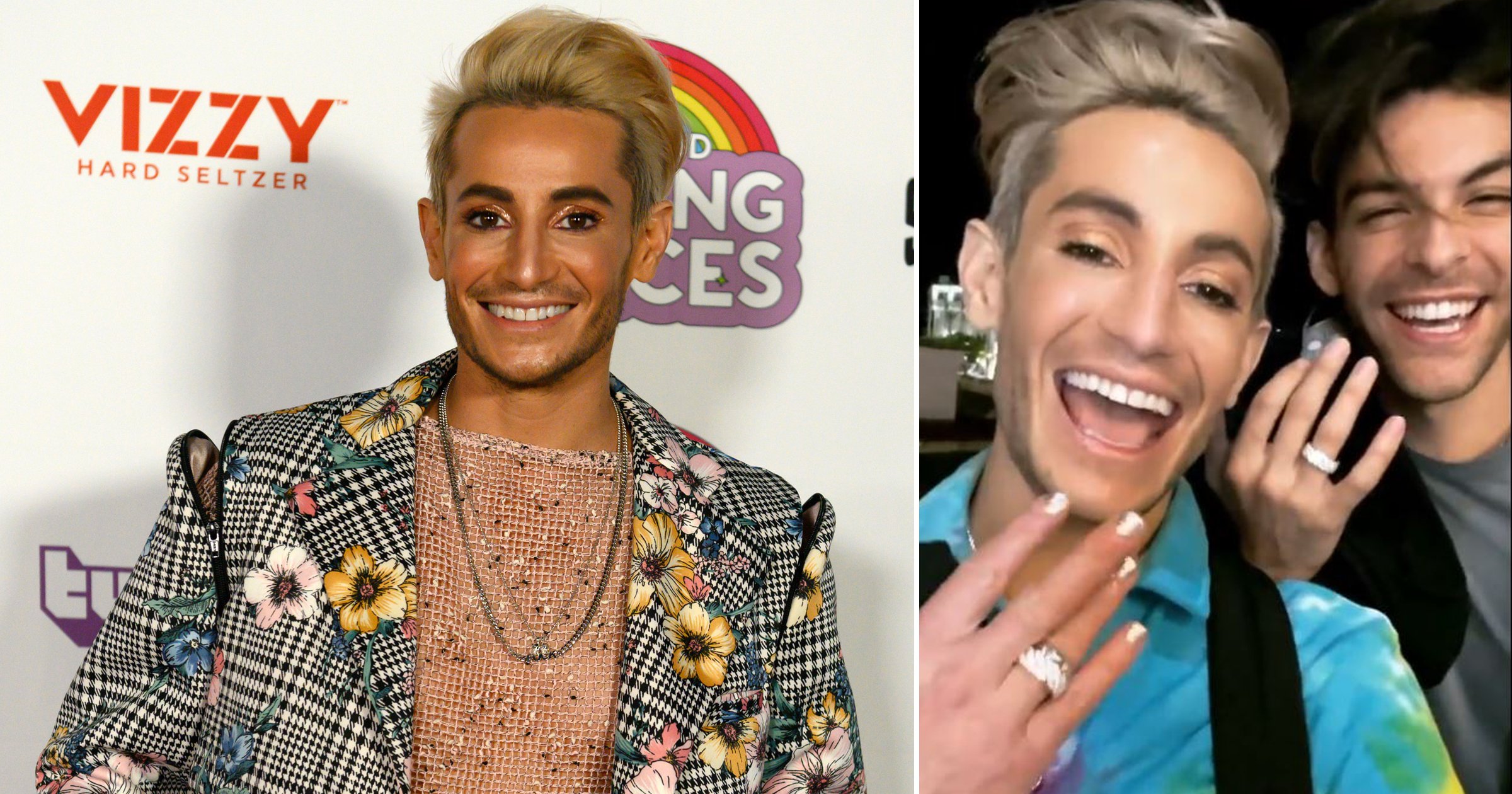 Frankie Grande has announced his engagement, just weeks after his sister Ariana got married.

The social media star confirmed that he proposed to boyfriend Hale Leon ‘in virtual reality’, which makes sense when Hale is a famous Twitch streamer.

Frankie, 38, shared on Instagram: ‘He said YES! 😍 WE’RE ENGAGED! I am so happy my best friend said he wanted to spend the rest of his life with me! Playing games and making me laugh forever! Speaking of games… I proposed IN VIRTUAL REALITY! HE FREAKED OUT! ‘

The Broadway star said he would be posting the video soon, adding: ‘What a way to celebrate #pride.’

His little sister Ariana – who married Dalton Gomez in May – was among the first to congratulate the couple, commenting: ‘The most beautiful. love u both so so so much.’

Frankie went all out for the proposal, working with the immersive VR adventure venue Dreamscape, where he and Hale previously went on a date, for ‘months’ for the elaborate stunt.

The proposal was attended by Frankie’s mother Joan, and featured a custom ending to his and Hale’s VR experience with a ‘Will you marry me?’ message.

Frankie told People magazine: ‘It was such a perfect, beautiful moment. Hale was completely surprised and we both started crying tears of joy. I have been working on proposing to him in virtual reality for over a year and it was absolutely breathtaking for us both.’

Frankie and Hale, 28, met in 2019 at a line dancing bar, and Frankie was ‘blown away’ by the actor’s performance of all the routines.

Two years later, Frankie managed to surprise Hale by claiming that they were going to the Los Angeles VR venue to celebrate his sober anniversary early – the star marks four years sober on June 16.

We’ll have to wait and see what the couple do for their big day, but we’re guessing it might be a bit bigger than Frankie’s sister’s.

Ariana, 27, tied the knot with boyfriend Dalton, 25, in front of less than 20 people at her home in Montecito, California.

A rep for the Into You star confirmed the news, saying: ‘They got married. It was tiny and intimate – less than 20 people.

‘The room was so happy and full of love. The couple and both families couldn’t be happier.’