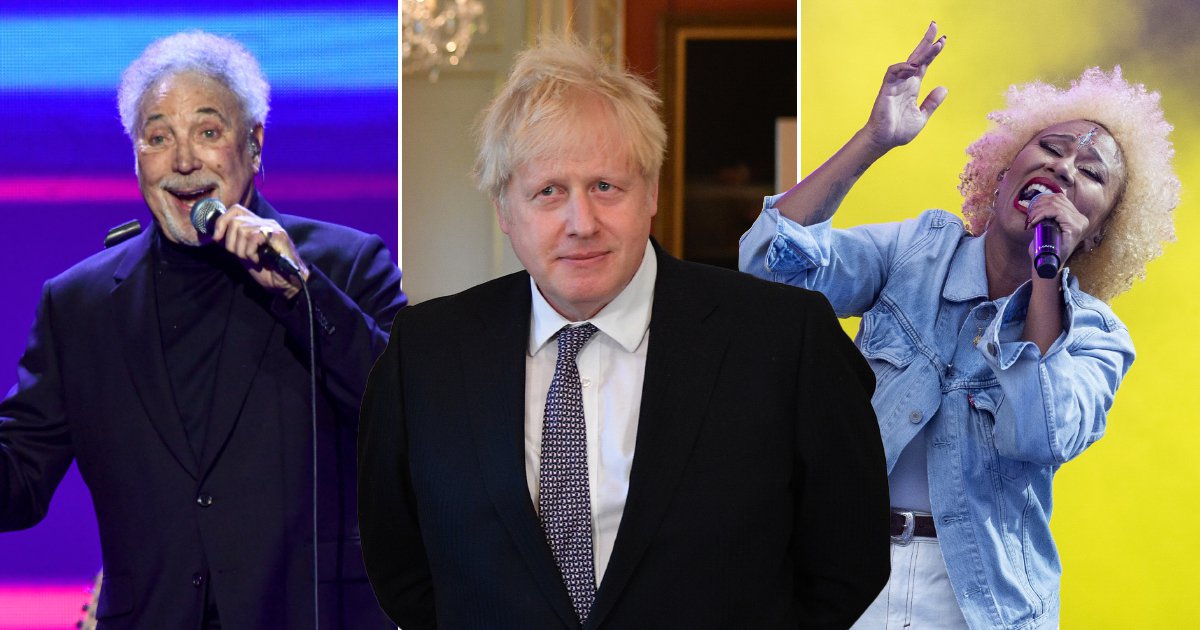 A host of musical stars on Boris Johnson’s Desert Island Discs list have called on the Prime Minister to change how artists get income from streaming.

The likes of Sir Tom Jones, The Rolling Stones and Emeli Sande are asking the politician to put the value of music back ‘in the hands of music makers’.

The Pet Shop Boys, Barry Gibb, Van Morison, Melanie C, and the estates of John Lennon and Joe Strummer have also written to Mr Johnson ‘on behalf of today’s generation of artists, musicians and songwriters here in the UK’.

All the modern British recording artists named by the PM in his Desert Island Discs are now represented on the letter.

In an unprecedented show of solidarity, they have added their names to a joint letter with artists such as Annie Lennox, Paloma Faith, Kano, Chris Martin, Gary Barlow, Sir Paul McCartney, Jimmy Page, Boy George, Noel Gallagher and Kate Bush, calling on the PM to update UK law.

The request comes off the back of a report by The World Intellectual Property Organisation which said it is a ‘systemic problem [that] cries out for a systemic solution’, adding that artists should be paid in a similar way to radio plays.

Streaming has increased as a result of the coronavirus pandemic and the stars point out in the letter that ‘the law has not kept up with the pace of technological change and, as a result, performers and songwriters do not enjoy the same protections as they do in radio’, with most artists receiving a fraction of a penny per stream while session musicians get nothing.

The letter suggests ‘only two words need to change in the 1988 Copyright, Designs and Patents Act…so that today’s performers receive a share of revenues, just like they enjoy in radio’ and the change ‘won’t cost the taxpayer a penny but will put more money in the pockets of UK taxpayers and raise revenues for public services like the NHS’.

The 234 artists who have signed the letter want the streaming model to be rethought so it is fair to musicians in a similar way to radio, so they are paid more fairly.

The musicians claim the change in the law will ‘will make the UK the best place in the world to be a musician or a songwriter, allow recording studios and the UK session scene to thrive once again’.

They added: ‘This is the moment for the UK to lead the way. British music makers are suffering needlessly. There is an extraordinary amount of money in music streaming. It is a success story for a few foreign multinationals, but rarely for the British citizens who make the music.

‘This letter is fundamentally about preserving a professional class of music-maker into the future. Most musicians don’t expect to be rich and famous or even be particularly comfortable, they just want to earn a crust.’

Where is Lisa McVey now?

America Ferrera says Kamala Harris telling immigrants ‘do not come’ is a ‘slap in the face’: ‘I feel extreme disappointment’