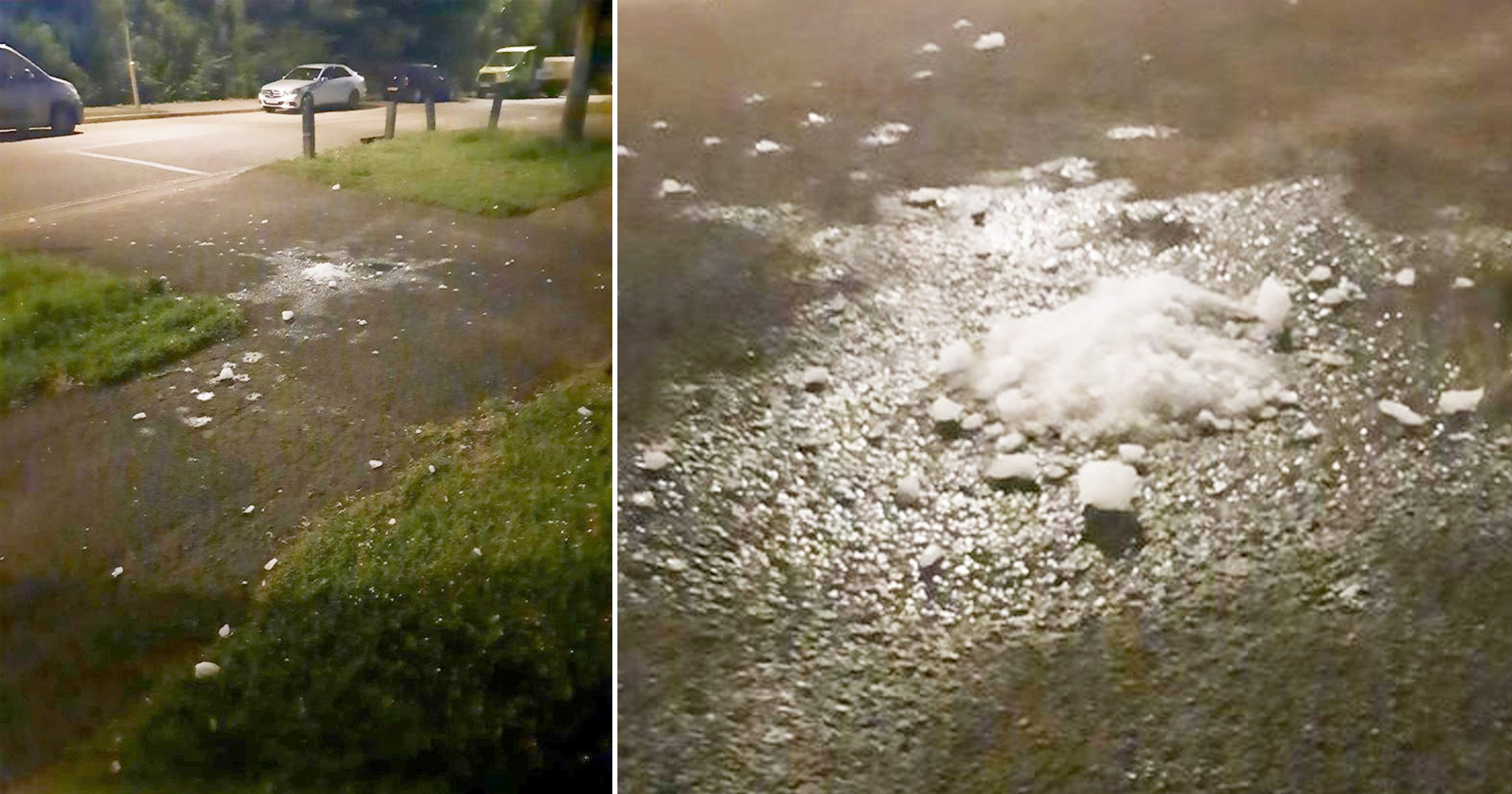 That was the grim realisation made by residents in Portsmouth this week who claimed a ‘pooberg’ crashed to the ground after allegedly leaking from a passenger jet flying some 35,000 feet above.

Residents were flushed out into Eagle Avenue, in aptly named Waterlooville, after hearing a loud thud at around 10.30pm on Monday.

Louise Browne said: ‘We were just getting into bed and there was this terrific bang – we thought someone was chucking gravel stones at our window.

‘We could hear it whooshing down, and there was like a thud, and where it hit the ground, that’s what we thought was gravel – but it was ice hitting the window.

‘My husband says it must have come from a plane – it just fell from the sky out of nowhere.’

The plane theory took hold when the ice began to melt and a stench filled the air.

As locals got closer, they claimed they saw faeces and toilet paper.

Louise’s neighbour, Lisa Boyd, said: ‘Where the ice had melted, there were faeces on the path.

‘I bagged it up because it was slap bang in the middle of the footpath.’

The two women said it could have landed on someone and badly injured them, or hit a parked car.

Louise added: ‘It was about 2ft away from a car. They were lucky – if it had landed on the bonnet, it would have crushed it.’

The Civil Aviation Authority website says all toilet waste is stored within the aircraft and collected after landing by special vehicles during the preparation for the next flight.

It reads: ‘Ice falls from aircraft are considered to be rare in UK airspace, and can be a result of meteorological phenomena.

‘We receive around 10 reports of ice falls per year and while we are unable to investigate the origin of an ice fall, we do record reports of this nature.

‘While the authority will record suspected ice falls, we are unable to investigate their potential origins regarding specific flights.’

It adds: ‘We have also received reports of discoloured ice which may carry an odour.

‘This could originate from a leak from a faulty seal on a lavatory hose socket at a servicing point on an aircraft, which is used to unload waste liquid when on the ground. This is sometimes referred to as ‘blue ice’.

‘The CAA has no liability for damage which may be caused by an ice fall.’

Waterlooville is not far from Southampton airport and the international flight paths into Gatwick and Heathrow.

It comes after a couple in Wiltshire had to re-tile their roof after being struck by a suspected poo-bomb in 2015.

Jason Sudeikis brushes off comparisons between his love life and Ted Lasso’s: ‘One has nothing to do with the other’