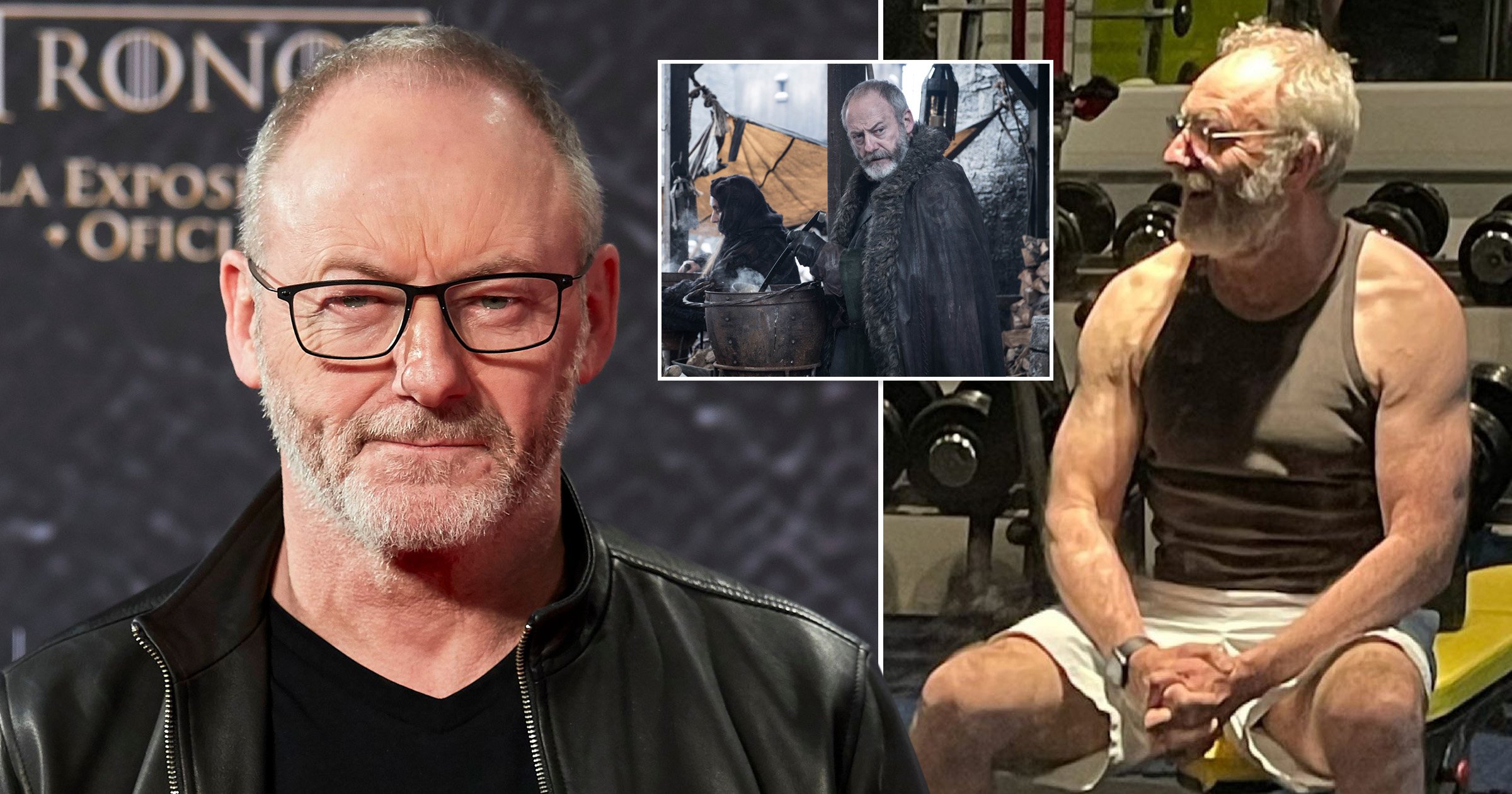 Liam Cunningham has blown fans away with his muscular physique after hitting the gym hard before turning 60.

The Game of Thrones star celebrated his milestone birthday by sharing a photo of him sitting on a weight bench at the gym in shorts and a vest.

He joked: ‘Keeping rigor mortis at bay as 60 is about to hit me like an eighteen wheeler! Huge thanks to Paul and Siobhan at @bodybyrne.’

Liam’s fans and friends were stunned at how ripped the actor’s arms are, with Keith Duffy commenting: ‘Your hard work has certainly paid off. Looking [fire] Liamo.’

Liam was on the show for seven seasons until the controversial ending and is set to play Man-At-Arms in the reboot of Masters of the Universe: Revelations with Christopher Wood voicing He-Man.

He’s not the only star putting the rest of us to shame with his post-lockdown gym body, as Dwayne ‘The Rock’ Johnson and Chris Hemsworth have also been hitting the weights.

Dwayne revealed that he worked out harder than ever for an upcoming shirtless scene in Black Adam, revealing muscles on muscles on his legs.

Chris, meanwhile, had fans’ jaws on the floor with the size of his arms as he shared a photo with director Taika Waititi after wrapping filming on Thor: Love and Thunder.

MORE : Dwayne ‘The Rock’ Johnson looks more ripped than ever before for Black Adam and we’re not sure how this is even possible

MORE : Chris Hemsworth is swimming with actual sharks for a new doc to teach you a very valuable lesson

Kate Garraway thanks Martin and Roman Kemp for visiting her son while Derek Draper was in hospital: ‘You were both very kind to me’