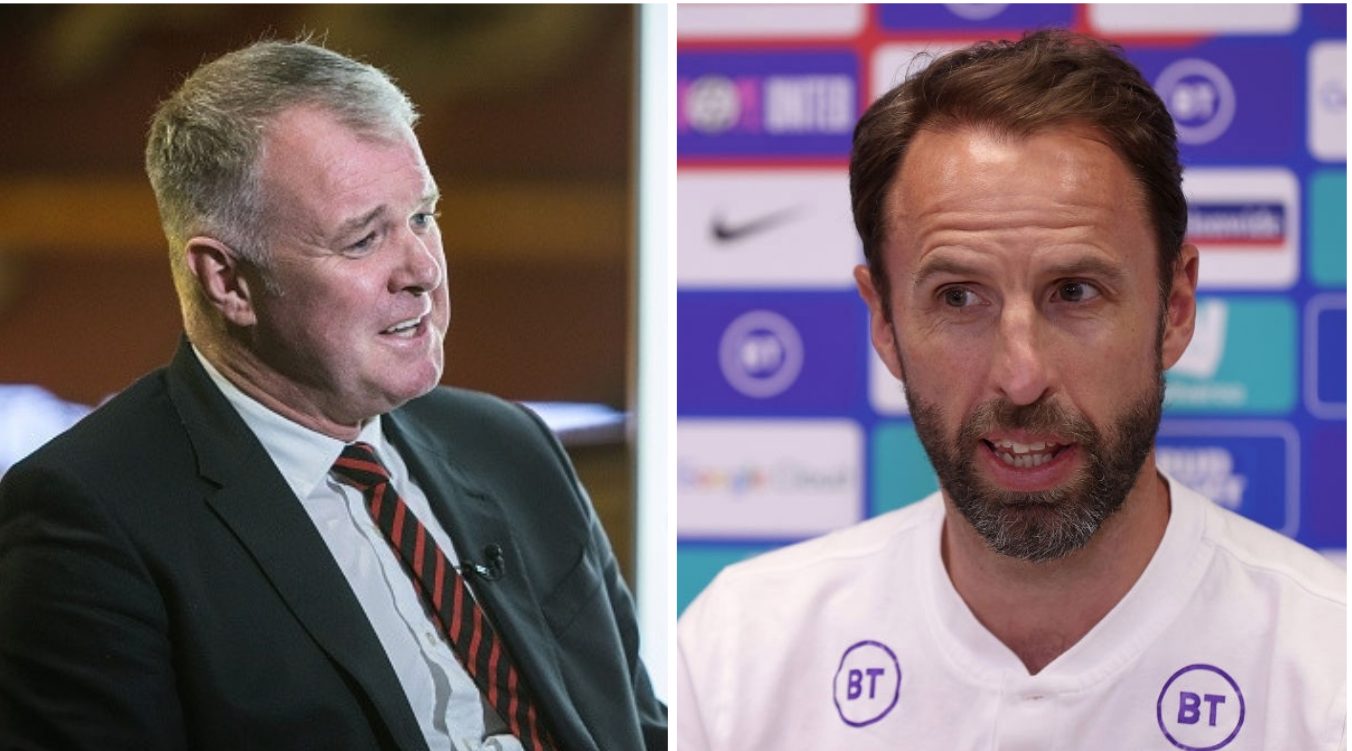 Ahead of the 2020 European Championships – which start on Friday – we spoke to former Manchester United defender Gary Pallister about England’s chances of winning the tournament and the squad Gareth Southgate has picked.

England have never won the Euros – reaching the semi-finals in 1996 and 1968 – but appear to have a squad capable of challenging the best teams in Europe for the title.

Southgate’s side begin their Euros campaign on Sunday against Croatia, before facing group-stage fixtures against Scotland and Czech Republic.

In an interview with Metro.co.uk, Pallister – who won four Premier League titles at Old Trafford and made 22 appearances for his country – said he was ‘excited’ about England’s chances ahead of Euro 2020 and insisted the Three Lions would be a ‘real threat’.

Morning Gary! Gareth Southgate confirmed his 26-man squad for the Euros last week, what did you make of it?

Well I don’t think there was too many surprises. I think maybe Jesse Lingard can feel a little bit disappointed due to his form going into the naming of the squad. Gareth was obviously talking a lot about picking in-form players and Jesse has been one of them in the last few weeks of the season.

So Jesse can feel a little disappointed but as for the rest, I don’t think there was too many surprises and I wasn’t surprised by the ones who got chopped in the end. The right-back issue has been a big talking point but that back four or five has adaptability. Gareth has given himself a bit of versatility and picked pretty much what you would have expected.

Picking four right-backs – Kyle Walker, Reece James, Kieran Trippier and Trent Alexander-Arnold – raised eyebrows. Is that excessive or can see you Southgate’s thinking? (Liverpool defender Trent Alexander-Arnold was subsequently ruled out of the Euros are picking up an injury in the friendly against Austria)

If you play a five, Trent might get the nod as a right wing-back because he’s been so destructive there for Liverpool in the last few months. But he probably doesn’t play in a back four because there’s still a bit of vulnerability there. But you need to give him credit because since being left out of the last squad, he’s really picked it up and his form has pushed him back into Gareth’s plans. I think his form deserves that.

One player England fans won’t be seeing this summer is Manchester United’s Mason Greenwood. He pulled out the day the squad was announced due to an underlying injury. Given your links to United, were you gutted by that news?

Yeah, absolutely. He looks a terrific prospect doesn’t he? He’s added to his game this season. He went through a period of not scoring many goals but that happens. I think his all-round game has come on and I think he’s learnt a lot from [Edinson] Cavani in terms of what it takes to be a top-class centre forward. I think Cavani has been a breath of fresh air for the forward lads at United.

I don’t know what the injury is with Mason, it took me by surprise when he pulled out. He will be gutted and so will Gareth because he would’ve been ideal coming off the bench. If you’re in need of a goal, he’s the kind of play who can sniff that out. If it wasn’t for the injury, I think he would have made the final squad.

Despite winning a load of trophies at Old Trafford – and playing 22 games for England – you never featured at a major international tournament. Given you know the feeling of just missing out, what would your message be to the players who were cut from the final squad?

Quite a few of the players who missed out are younger guys. I’m guessing most of the ones who were cut kind of expected it really. They were coming in there for the experience and it probably took them by surprise being there at all. When you’ve got the carrot dangled, you obviously want to be there and you want to play a part but you can use it as a positive or a negative.

You can get down on yourself or use it as a positive and think, “I got this close, I’m going to work that little bit harder and make sure he can’t cut me next time”. You’d hope they will all find positives out of it. Jesse [Lingard] has got the experience to deal with it as well so I don’t think there’s an issue there with any of those players.

Four Man United players – Harry Maguire, Dean Henderson, Luke Shaw and Marcus Rashford – made the final squad. But how much of a problem is Maguire’s fitness concerns?

I think Harry is Southgate’s go-to centre half so this is the biggest headache for England. If you look at the defenders he’s picked, I think he’s needed some versatility in case he’s without Harry. I think he’ll maybe want to play a back four but will only do that if Harry is fit, and properly fit. I’m not sure he will trust us in a back four without Maguire. That headache has maybe changed things for Gareth.

Harry will go into the tournament with very little game-time and we’ve just got to hope he’s got that match sharpness. It will be really tough for him if he goes in there without playing a game. It’s a gamble, but I think it shows how important he is to England.

Now to the big question: can England win it?

We always talk about England winning the tournament, whether we’ve got a chance or not! Listen, we’ve got some wonderful players. Players who played in the two big European finals. You look at the creativity we’ve got with [Phil] Foden, [Jack] Grealish and [Mason] Mount, the attacking extent of our full-backs, we’ve got a prolific goalscorer in the team as well in [Harry] Kane. I think everyone can be reasonably excited about this England side.

It’s now about how Gareth puts the players together and creates a working unit and find the best platform for them all to showcase their talent. I think we go into another tournament where we’re super excited about the kind of players we’ve got. But we’ve been disappointed so many times. We’ve had this feeling and then been disappointed, so it’s no different from a lot of tournaments we’ve gone into.

We’ve got players who are playing at the elite level, playing in big European matches, and we want to see that transfer to a successful England team. Gareth wants to be positive and entertaining, he trusts the young players who have that verve and energy so hopefully it pays off. I’m excited about seeing this England team. If our really inventive players can get a hold of the games, we’re going to be a real threat.

Gary Pallister previewed Euro 2020 with SBK. Download the SBK sportsbook app for the latest Euros odds and betting, where England are 26/5 to lift the trophy (18+ please bet responsibly)

Is In Plain Sight based on a true story?