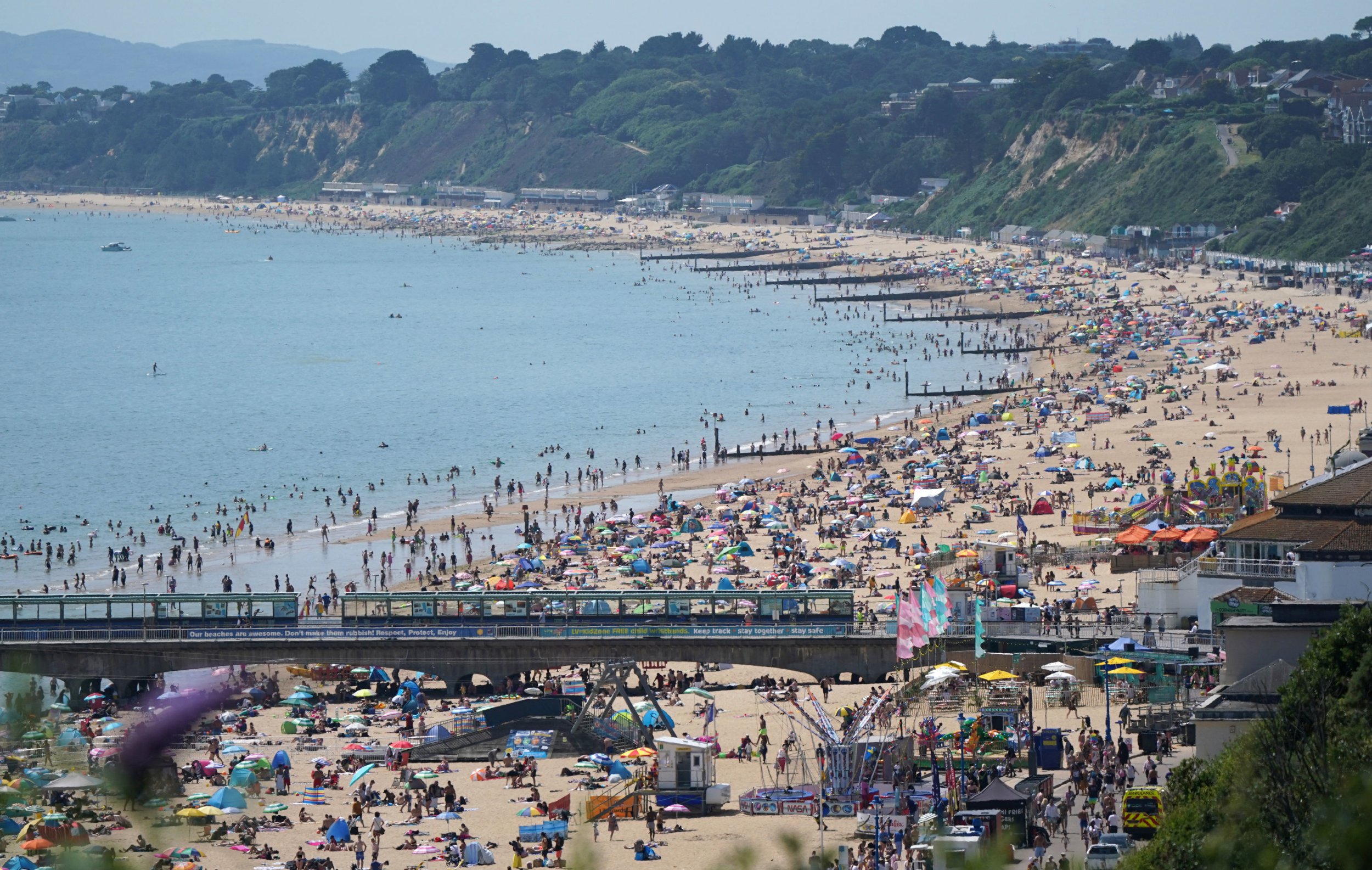 A teenage girl was reportedly raped in the sea by an attacker who pulled her into the water after her ball landed near him on a day at the beach, police said.

She had been playing a game with friends on busy Bournemouth Beach on Sunday afternoon.

According to the report, the boy threw the ball back to one of the group and then began talking to the victim.

He then ‘pulled her out deeper into the sea where it is reported that he raped her’, police said.

The incident happened near the Oceanarium at around 3.30pm.

Detectives said the boy, who was a stranger, told the victim that he was 17 years old and was travelling to Birmingham.

They added that he is described as possibly of Pakistani descent and with tanned skin, between five feet and five feet seven inches tall and of a thin but muscular build with short dark hair that was pushed back and looked freshly trimmed. He was wearing black or grey swimming shorts.

Detective Inspector Wayne Seymour, of Dorset Police, said: ‘A full investigation is underway into this incident and we are continuing to support the victim while we carry out enquiries.

‘I know that the beach was very busy on the day of the incident so I am appealing to anyone who was in the area and may have witnessed what happened to please come forward.

‘Also, I would urge anyone who was on the beach in the vicinity of the Oceanarium to check any photographs or video footage taken to see if they have captured anything of relevance.

‘I am particularly keen to speak to anyone who recognises the boy from the description given or may have seen him on the beach on Sunday 18 July.

‘This incident will understandably cause concern for the wider community and we would like to remind the public that officers from the local neighbourhood policing team will be carrying out patrols in the area and can be approached with any concerns.’