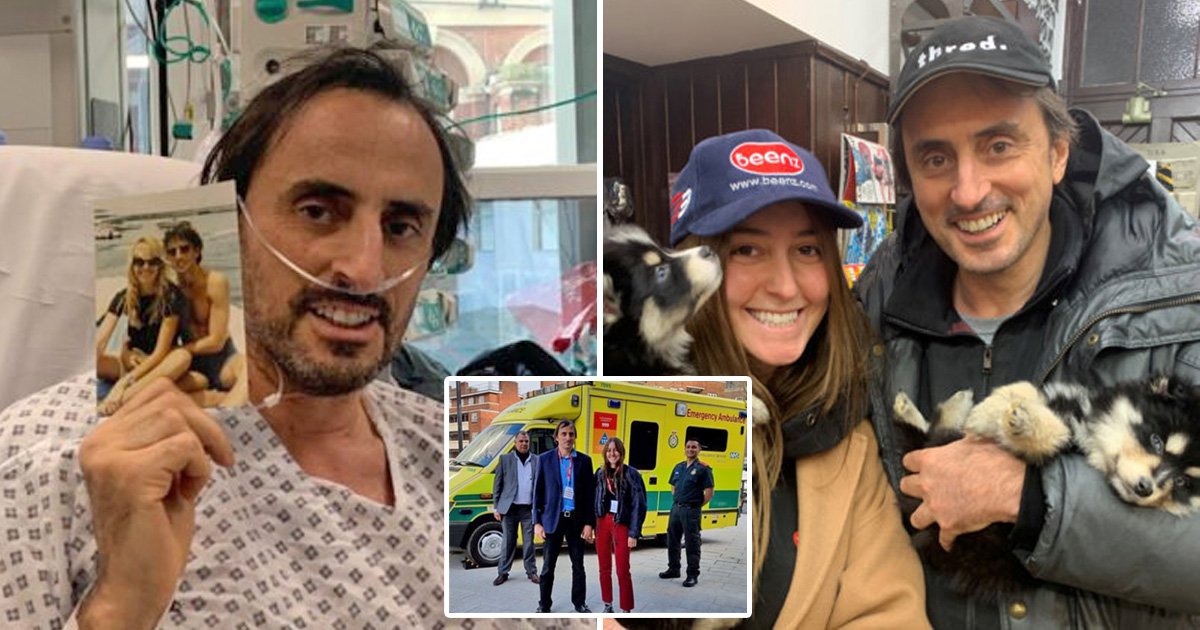 A tech tycoon whose heart stopped for more than 20 minutes has thanked his quick-thinking daughter and ‘hero medics’ for saving his life.

Corporate Vision CEO Nicolas De Santis had brushed off a slight discomfort in his chest as an infection or bad cold.

His daughter Alaia, 22, had gone to check on him at their Mayfair mansion before they went to dinner when he collapsed in front of her because of a blocked coronary artery.

She dialled 999 and followed advice on giving CPR from the London Ambulance Service.

‘When I saw my dad collapse, I knew something severe had happened to him,’ she said.

‘I had never learnt CPR before, but I knew I had to act quickly as he was not breathing.

‘The call handler kept me calm and helped talk me through what to do.’

Once in hospital, Mr De Santis was put in an induced coma where he spent a month recovering in an intensive care unit.

‘Following his brush with death in December 2019, he said: ‘I left this life for 21 minutes.

‘I realise how lucky I am to be alive, and life really is much more beautiful than it was before.’

Mr De Santis has now visited the ambulance service to pay thanks to the ‘humble heroes’.

‘I am so grateful to everyone that day,’ he said.

MORE : Teenager dangerously lies down on railway line where trains pass at 85mph

MORE : British woman, 28, saved from jaws of crocodile by her twin sister

Who is Frankie Grande?

Four arrests after convoy blasts ‘f*** the Jews, rape their daughters’ on PA system while driving through North London

When is Black Summer season 2 coming out on Netflix?