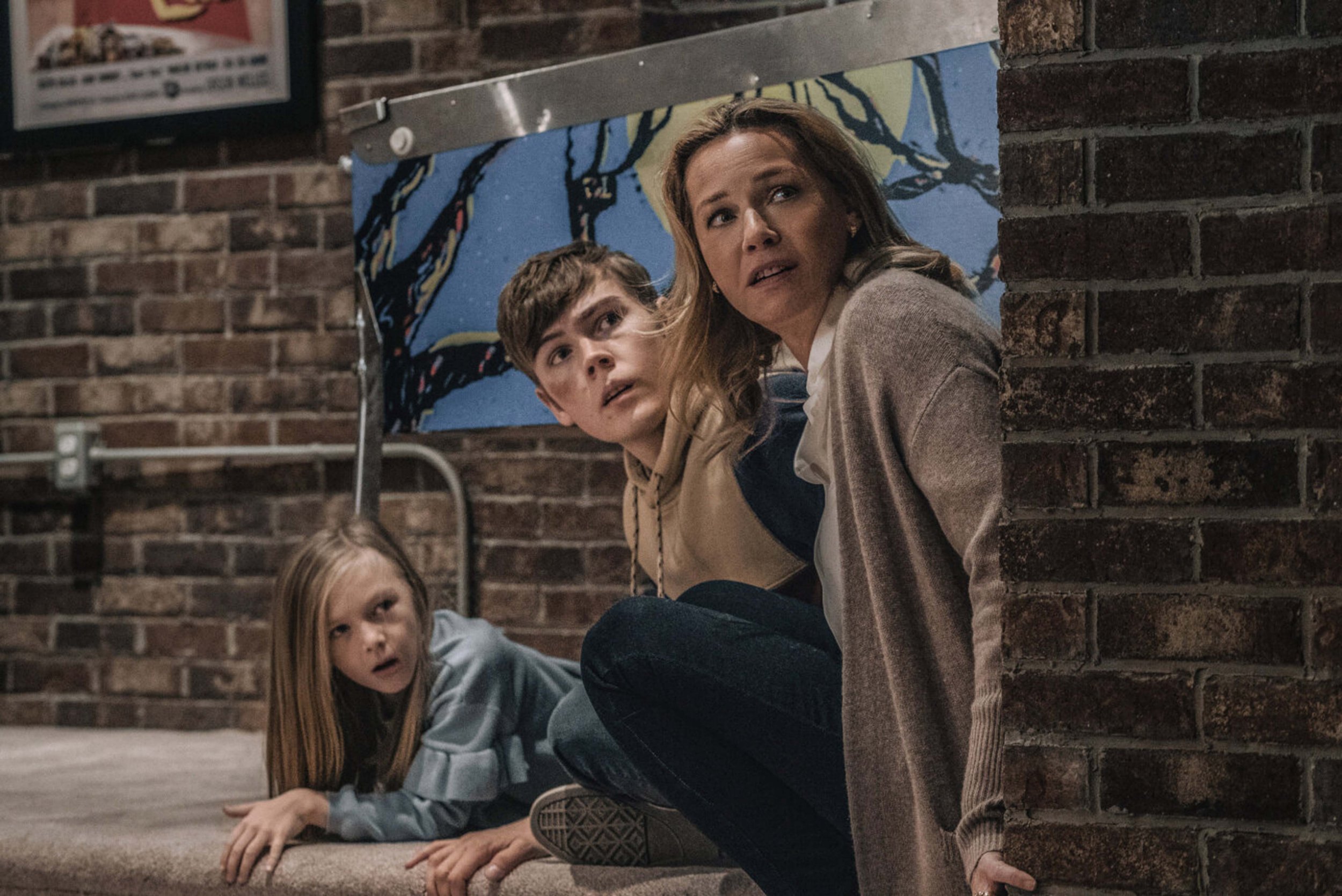 Sorry, the video was not found

Nobody star Connie Nielsen has revealed she was a little jealous of co-star Bob Odenkirk in their new film, teasing a potential female-led sequel to the action movie.

The new flick sees Breaking Bad actor Bob star as Hutch Mansell, a bystander who intervenes to help a woman being harassed by a group of men and who becomes the target of a vengeful drug lord.

However, there might be more to him than meets the eye.

Connie plays his wife Becca and, after starring as fierce queens like Lucilla in Gladiator and Hippolyta in Wonder Woman, she admitted it was a strange feeling stepping back from the action for once.

‘I felt a little bit like I was being left out of some of the fights!’ she laughed. ‘Being sent down into the basement rather than going out and doing battle.

‘But I also do think that Becca is this unusual relationship, where you actually see a relationship – a living, breathing, normal, reality-based experience of your character,’ Connie added to Metro.co.uk.

‘You never see an action story where this person is real and is going through a hard time. So it was lovely to have some of those scenes, where we’re saying something real and it kind of grounded the whole action thing in something that is real.’

Playing a married couple, Connie, 55, and Bob, 58, had to have great chemistry – but their first meeting was actually a little awkward.

‘The first day we were on set, we were doing all these camera tests and costume tests and all of a sudden we get told we have to go in and make all of the family pictures,’ she recalled.

‘We had literally just met so we had to go in there and really just lean up against each other, like this is our wedding, this is our honeymoon.

‘We both have been around long enough that we just naturally melted into that and I think we just have this natural chemistry that just made it happen.’

As for whether she and Bob will end up reuniting for a sequel, Connie admitted she’d love to make that happen but will have to see how audiences react.

However, it seems there’s a lot of space for a Connie-led prequel and we would definitely be up for that.

‘We intentionally left a lot of things unsaid about how they met, what they were doing, when they met, where they met,’ the actress teased.

Nobody is out in UK cinemas from June 9.

MORE : A Quiet Place 2: What needs to happen in third film

MORE : Rita Ora celebrates as Taika Waititi wraps Thor filming and jokes about his ‘nervous breakdown’ to bring us movie

Is In Plain Sight based on a true story?

Demi Jones reveals Love Island stars haven’t reached out since cancer diagnosis: ‘We were so close’