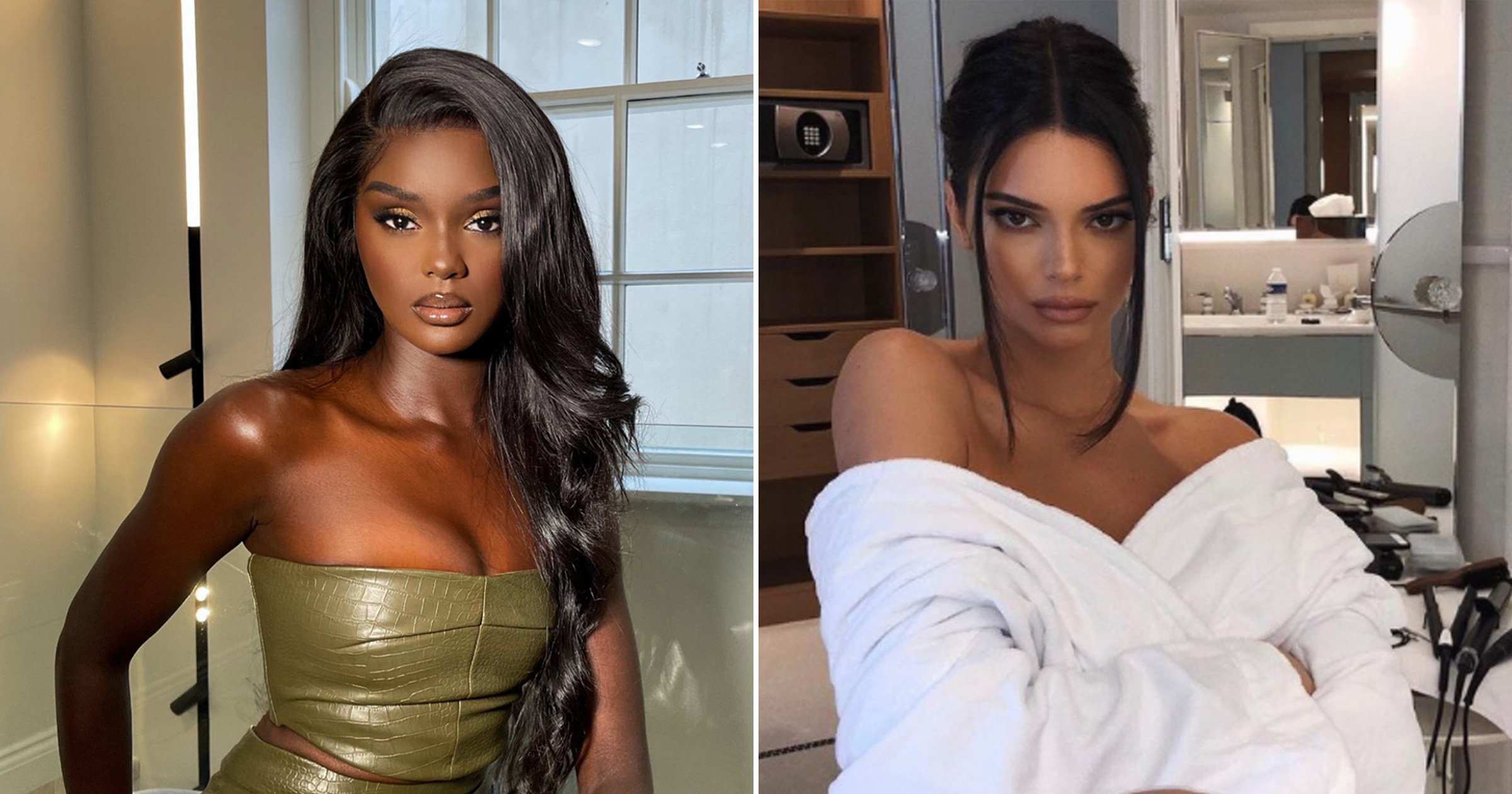 Duckie Thot couldn’t help but react when a fan dubbed her ‘the Black Kendall Jenner’ and, frankly, she’s over it.

The Australian supermodel has been busy promoting her appearance on the series three finale of BBC’s Glow Up this week.

Fans heaped compliments on the model but it also reignited the long-running comparisons to Kendall.

Another agreed: ‘I see a lil bit of ken*all here or am i tripping.’

However, one follower took it a step further and claimed Duckie was ‘the black Kendal Jenner [sic]’, sparking a wave of backlash.

Clearly bored of constantly being sized up to the American runway star, Duckie replied: ‘Lol y’all need to let this comparison go.’

Fans jumped in to support her with one declaring: ‘This one of the worst sentences I’ve ever seen.’

Another said: ‘I can’t even imagine how insulting it must be to be Duckie Thot and have people say you’re the black Kendall Jenner????’

Turning the tables, one weighed in: ‘Do y’all ever go to Kendall Jenner’s pictures and say the white Duckie Thot? Disrespectful.’

Agreeing with their sentiment, one other follower commented: ‘Would you say “The white Duckie Thot” on Kendall’s pic?’

‘Duckie is one of the most beautiful women in the world pls don’t compare her to Kendall,’ another fan hit back.

Duckie, 25, was raised in Melbourne, Australia with her family originally hailing from South Sudan. She is sisters with YouTube star Nikki Thot who was also once a model.

In 2013, Duckie starred in Australia’s Next Top Model where she finished in third place. From there, she decided to move to the US so she could have a better shot at making the runway and it paid off, with Duckie landing her first international catwalk show for Kanye West’s Yeezy brand.

She rose to even greater prominence as a model for Rihanna’s Fenty Beauty and has since appeared in campaigns and fashion week shows for the likes of Balmain, Moschino, L’Oreal Paris and the Victoria’s Secret Fashion Show.

MORE : Kendall Jenner says being ‘overworked’ heightened anxiety but knows she has a ‘privileged lifestyle’

MORE : Teyana Taylor is officially the sexiest woman alive, and no arguments here

Good Morning Britain hit with over 2,000 Ofcom complaints after debate about cutting off unvaccinated friends