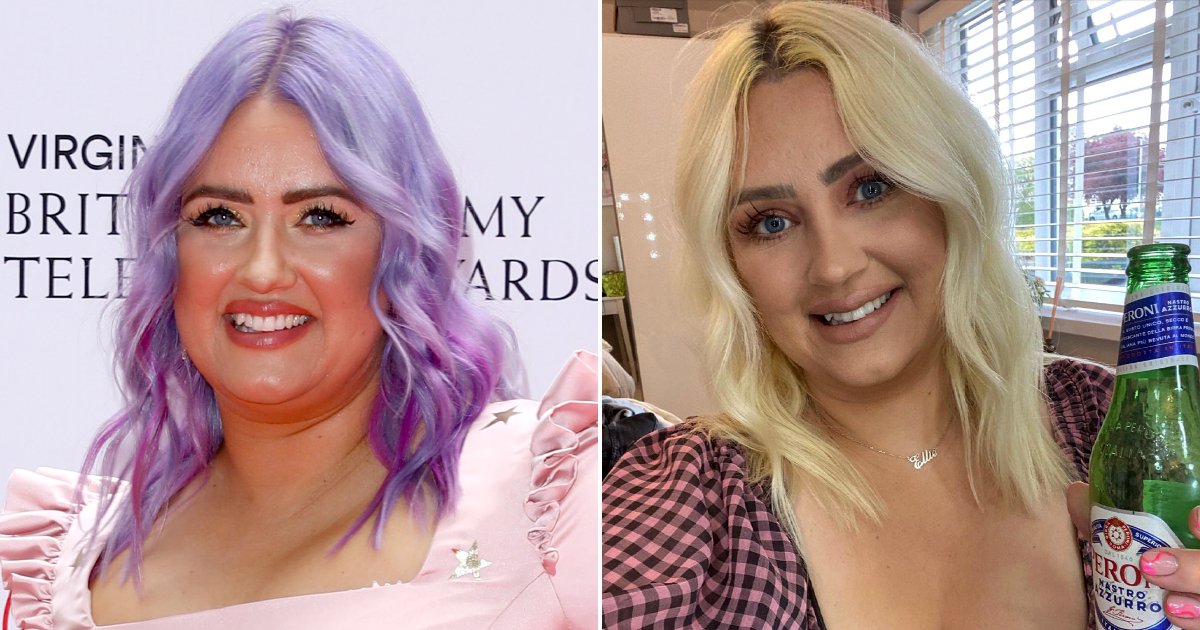 The 30-year-old is known for her brightly coloured hairstyles, which she often shows off on social media as well as on the hit Channel 4 series.

This time she debuted the new look on Instagram before flaunting it during TV’s glitziest night of the year.

Ellie can be seen grinning from ear to ear in the picture she uploaded, which she captioned: ‘Violet Beauregarde eat your heart out! New hair thanks to @tombhair.’

Friends and fans couldn’t get enough of the new look, as many commented on her post telling her how ‘amazing’ she looks.

The next time she shared the look was on the Bafta red carpet, where she paired her violet locks with a soft pink dress, which had statement peplum sleeves and gold star details.

The reality star attended the star-studded event with her sister Izzi, who wore a breathtaking silver gown.

Ellie was blonde before she made the decision to go purple, but before that, she had dyed her hair a bright-green shade.

In classic Ellie fashion, she shared a photo of her green hair to Instagram.

With her face mask drawn under her chin, Ellie added a filter that displayed the word ‘cute’ all over her face.

Tagging her hairdresser in the caption, she wrote: ‘So in love with my new hair @tombhair you da best!’

Celebrity Gogglebox: Stars horrified as Supervet operates on his own dog

Over the years she has proven to enjoy giving her hair a shake-up as she has also dyed it pink before too.

When she isn’t on television, Ellie works as a hairdresser during the day, and she previously expressed her delight at salons reopening in England as coronavirus restrictions began to ease in April.

Gogglebox will be back in September.

Is there an age limit on Love Island?