GOGGLEBOX star Amy Tapper looked incredible as she glammed up for an award’s show last night.

The 22-year-old, who rose to fame sitting on the sofa with her family back in 2013, wowed in a sequinned black blazer, showing off her recent weight loss.

Amy was attending the Blogosphere Awards and was over the moon when Musclefood, who she works closely with, won an award.

Sharing a snap of her make-up look for the evening and gorgeous up do, Amy wrote: “Business at 5, Disco at 6

Not surprisingly she was inundated with comments, with one fan writing: “Favourite photo of you EVER wow what a vision!!! 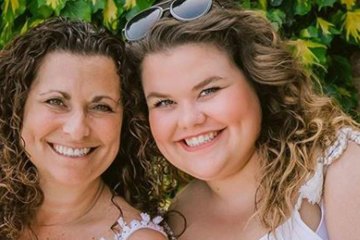 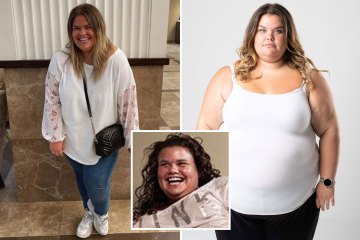 While a third remarked: “Omg Amy

The Channel 4 reality TV personality has been on a fitness mission over the last few months.

Amy, who has already lost two stone , recently revealed her plans for when she tones up to her fitness goal.

She told Closer Magazine: “I feel so much sexier and confident because I can already see all my hard work paying off.

Most read in Reality

“I’ve got more energy, I can actually feel my skin tightening as I tone up and I like what I’m seeing in the mirror.

“I’ve always thought I had a nice face but I never been happy with my body and I’m hell bent on turning that around.

“When I’ve dropped around 6-8st I’ll pose naked to celebrate!

“I’m not signing up to OnlyFans yet though … I don’t think I’d get any subscribers.

“Sometimes you need to keep your private parts private!”