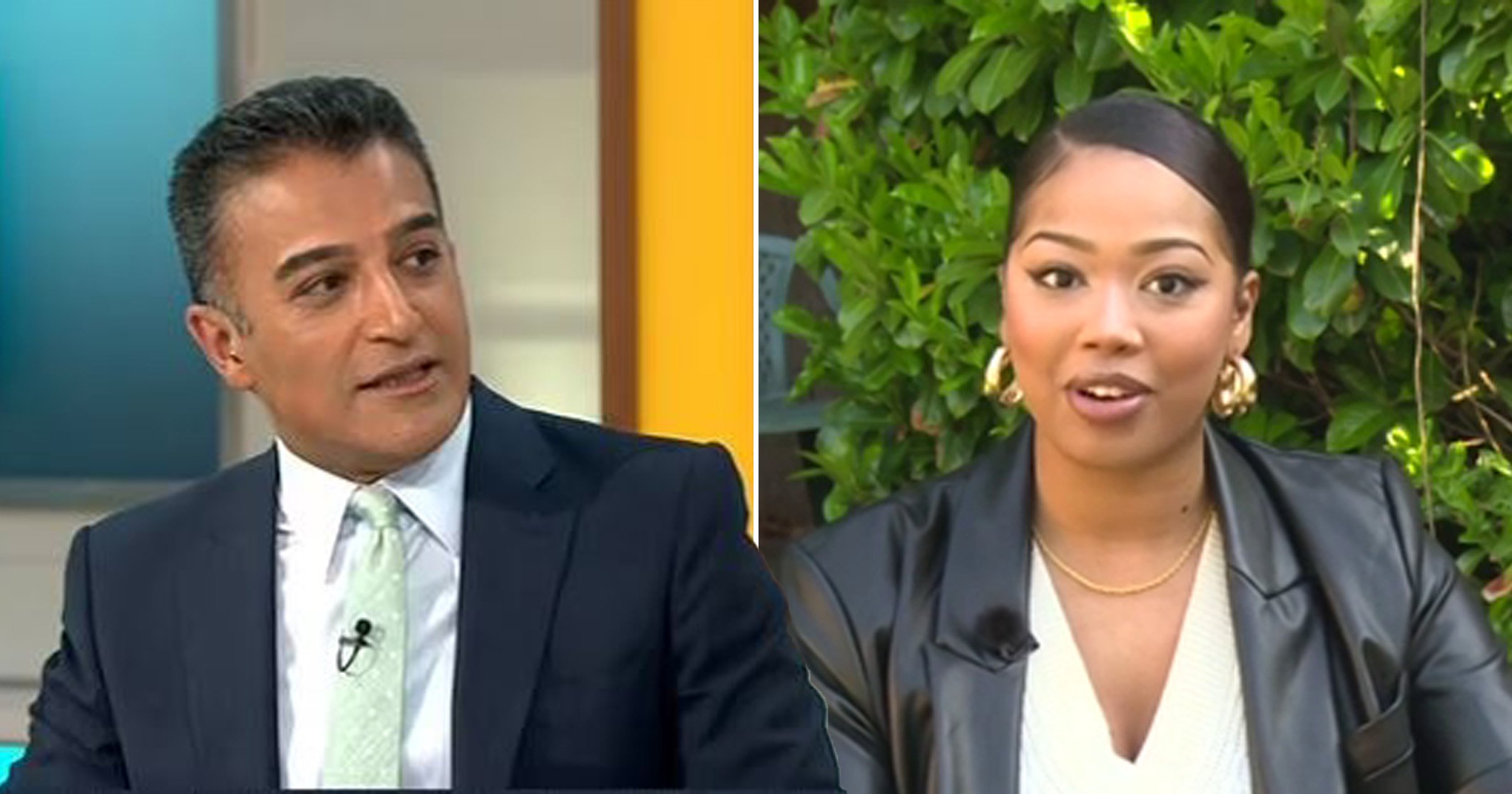 Good Morning Britain has been hit with over 2,000 complaints after host Adil Ray engaged in a heated debate about Covid-19 vaccines on the show.

On Tuesday 1 June, Adil was joined by political commentator Dominique Samuels and former Apprentice star Nick Hewer to discuss whether people should ‘unfriend’ those who chose not to have the coronavirus vaccine.

After Adil expressed his concerns over socialising with someone who hasn’t had the jab who may then be introduced to friends who ‘are vulnerable, asthmatic or have underlying conditions’, things became tense when Dominique replied: ‘I think that you just don’t need to be psychotic and try and control other people’s life choices.’

Ofcom has revealed that on the date of Adil and Dominique’s quarrel, the media watchdog received 2,077 complaints about GMB from audience members.

The firm confirmed to Metro.co.uk that ‘the majority of complaints objected to negative references to unvaccinated people and a poll on the theme “time to ditch unvaccinated friends”.’

During the GMB programme in question, Adil took umbrage over Dominique’s ‘psychotic’ remark, saying that ‘nothing I’ve said is psychotic’.

‘What is psychotic about caring for people around you? How does that make me psychotic?’ he said at the time.

On the government’s website, it states that as of Tuesday June 8, more than 40 million people in the UK had received their first dose of the vaccine, while more than 28 million have had their second injection.

Furthermore, 77% of people aged 18 and over have received their first dose, with 53.6% having their second, the government outlines.

On the same day that he locked horns with Dominique over the Covid-19 vaccine, Adil appeared to take a swipe at ex-GMB host Piers Morgan.

While discussing tennis star Naomi Osaka’s decision to not take part in press interviews at the French Open and then to withdraw from the tournament completely, Adil said: ‘The debate has come once again [because of] our attitude to mental health, and I just find it despicable how some people can just trash somebody when they say they have mental health issues.’

Naomi, 23, said she has suffered from depression since the 2018 US Open, writing in a social media post: ‘I’ve watched many clips of athletes breaking down after a loss in the press room and I know you have as well. I believe that whole situation is kicking a person while they’re down and I don’t understand the reasoning behind it.’

Piers had criticised Naomi on social media, describing her in a Daily Mail column as an ‘arrogant spoiled brat whose fame and fortune appears to have inflated her ego to gigantic proportions’.

What is Ofcom and what does it cover?

Ofcom is the regulator for the communications services that we use and rely on each day.

The watchdog makes sure people get the best from their broadband, home phone and mobile services, as well as keeping an eye on TV and radio.

Ofcom deals with most content on television, radio and video-on-demand services, including the BBC. However, if your complaint is about something you saw or heard in a BBC programme, you may need to complain to the BBC first.

Its rules for television and radio programmes are set out in the Broadcasting Code.

The rules in the Broadcasting Code also apply to the BBC iPlayer.

This Broadcasting Code is the rule book that broadcasters have to follow and it covers a number of areas, including; protecting the under-18s, protecting audiences from harmful and/or offensive material and ensuring that news, in whatever form, is reported with due accuracy and presented with due impartiality.

Audiences can complain to Ofcom if they believe a breach of the Broadcasting Code has been made.

Every time Ofcom receives a complaint from a viewer or listener, they assess it to see if it needs further investigation.

If Ofcom decide to investigate, they will include the case in a list of new investigations, published in the Broadcast and On Demand Bulletin.

An investigation is a formal process which can take some time depending on the complexity of the issues involved.

Ofcom can also launch investigations in the absence of a complaint from a viewer or listener.