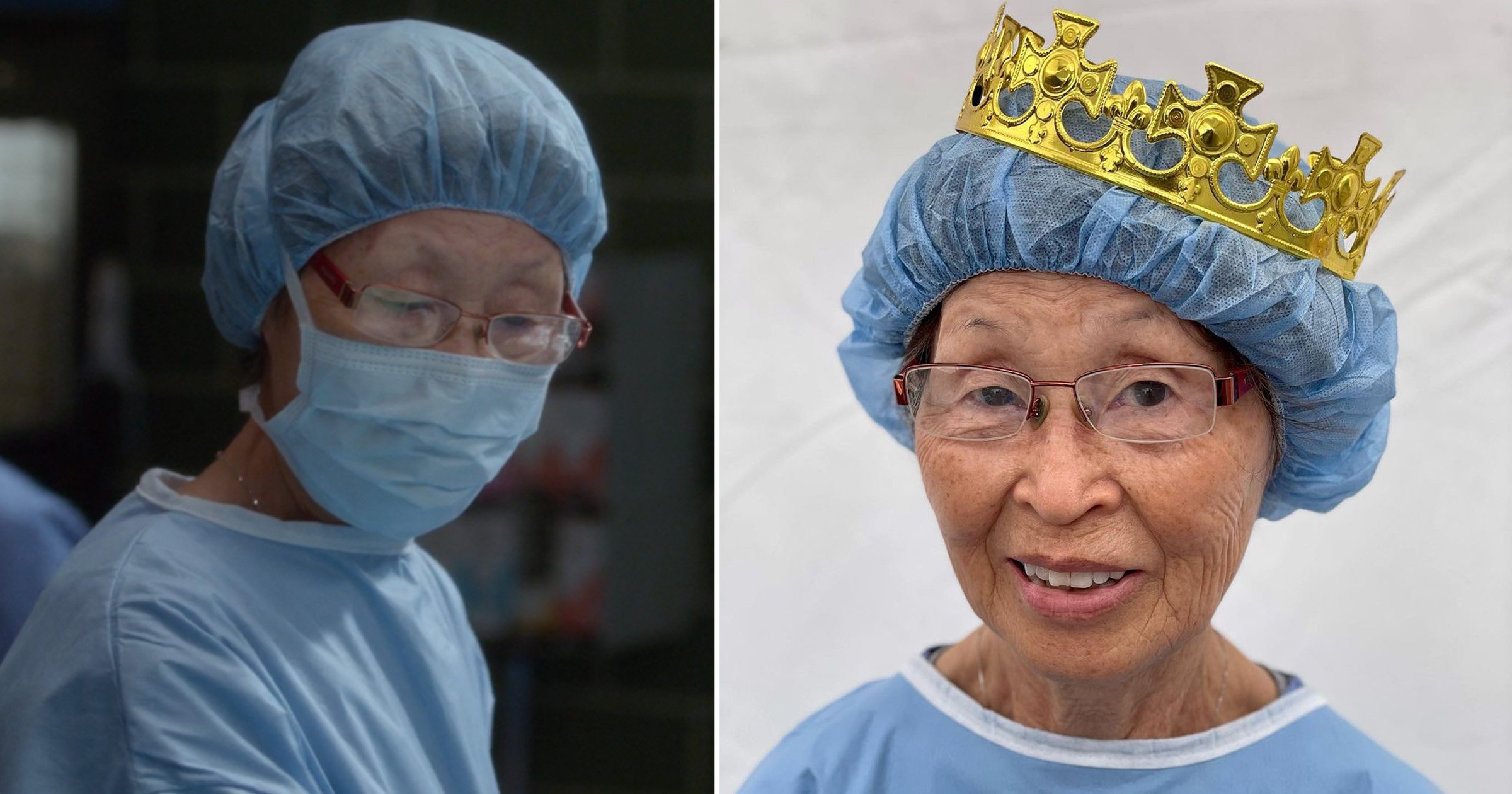 Is there any Grey’s Anatomy character more universally adored by fans than Bokhee? We think not.

Ever since we first saw her expressive eyes peeking out over a surgical mask in the OR, viewers have always had a soft spot for the beloved scrub nurse.

Bokhee – real name Kathy C An – hasn’t actually said much over the past 17 seasons of the medical drama but she’s still made her mark just as much as the other iconic characters who’ve graced the halls of Grey Sloan Memorial Hospital.

In fact, she’s managed to feature in several memorable moments over the course of the medical drama’s run.

Here’s some of the best Bokhee moments so far…

The time she prayed over Richard Webber

Bokhee took time to say a prayer for Richard when he needed surgery on his hip due to cobalt poisoning in season 16.

The time she called out DeLuca’s crush on Meredith

Bohkee sees everything… and she spills all the tea in season 15.

The time she reacted to vajazzling

The ladies were discussing whether they would ever get a vajazzle, and Bokhee made the perfect ‘no comment’ face in season 9.

The time she danced with Tom before Catherine Avery’s surgery

Catherine was dancing with Jackson and Richard before her surgery in season 15 but we had our eyes of Bohkee’s moves.

The time she paid tribute to DeLuca

It was only right that Bokhee said a few words when the hospital gathered to remember Andrew DeLuca in season 17.

Bokhee was ready with a straw when April Kepner was trying to help save a life in season 14.

The time she helped Jackson save Derek’s life

During the infamous hospital shooting, BokHee passes Jackson Avery a key instrument that helps save the life of a wounded Derek Shepherd in season 6.

The time she helped Shane Dawson during an intense surgery

In Season 10, she briefly exchanged words with Shane in the OR but that simple ‘Doctor? Bypass’ did what needed to be done.

Grey’s Anatomy and Station 19 airs on ABC in the US. Season 17 is available in the UK on Sky Witness.

Why did Bachelorette Katie Thurston apologize to LGBTQ fans?