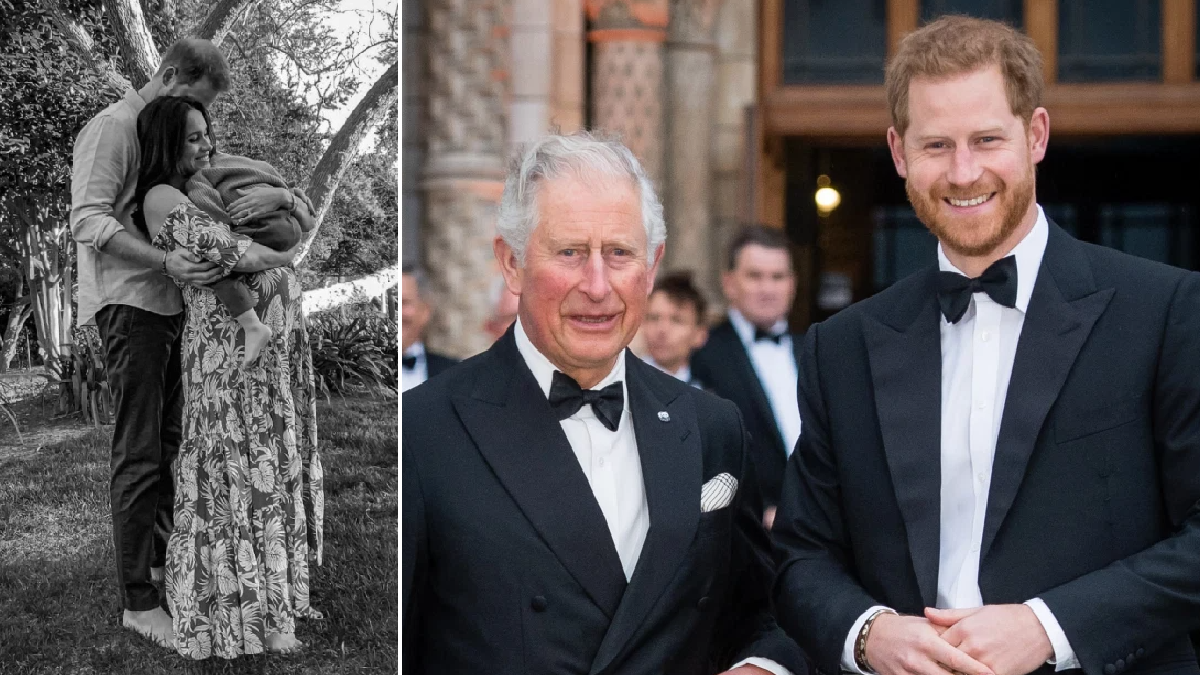 Prince Charles’s relationship with the Duke of Sussex ‘has turned a corner’, with hopes the birth of Lilibet Diana may help to bring the Royal Family back together.

The father and son are now in ‘regular contact’ after Prince Harry and Meghan Markle unleashed a string of shocking allegations during a tell-all interview with Oprah Winfrey back in March.

The royals are still hurt, but recognise Harry’s own pain and believe further ostracisation will only cause further damage, The Telegraph reports.

Charles is said to have only met Harry’s son Archie twice, but the grandad is delighted with the arrival of Lili, who ‘may help to heal the rift’.

The Prince of Wales described the birth of his fifth grandchild as ‘happy news’ during a visit to a production plant for the Mini at Cowley near Oxford yesterday.

Speaking to workers and apprentices, he said: ‘The development of technology like electric vehicles, or green hydrogen for that matter for heavy transport, is vital for maintaining the health of our world for future generations, something I’m only too aware of today having recently become a grandfather for the fifth time.

‘And such happy news really does remind one of the necessity of continued innovation in this area, especially around sustainable battery technology, in view of the legacy we bequeath to our grandchildren.’

After driving a new green-coloured electric Mini off the production line, he added: ‘If I may say so at least my test drive a moment ago was on the whole without incident and only went to prove that the new Mini is silent but deadly and also a very good colour indeed.

‘And to paraphrase the immortal words of Sir Michael Caine “at least I didn’t blow the bloody doors off”.’

Harry will reunite with his family again when he travels home for the unveiling of a Princess Diana statue on July 1. It is understood that Meghan will remain at home with Archie and Lilibet.

The duke and duchess accused a member of the family of racism in their Oprah interview, claiming the person had ‘concerns about the colour of Archie’s skin before he was born’.

Meghan also alleged the ‘firm’ refused to let her get help when she began having suicidal thoughts.

Speaking of Charles, the duke said he’d been ‘let down’ and ‘a lot of hurt had happened’.

He later compared his life to being ‘in a zoo’ and spoke of ‘genetic pain’ in an interview on the podcast Armchair Expert with Dax Shepard.

He said: ‘There is no blame. I don’t think we should be pointing the finger or blaming anybody, but certainly when it comes to parenting, if I’ve experienced some form of pain or suffering because of the pain or suffering that perhaps my father or my parents had suffered, I’m going to make sure I break that cycle so that I don’t pass it on, basically.

‘It’s a lot of genetic pain and suffering that gets passed on anyway so we as parents should be doing the most we can to try and say “you know what, that happened to me, I’m going to make sure that doesn’t happen to you”.’