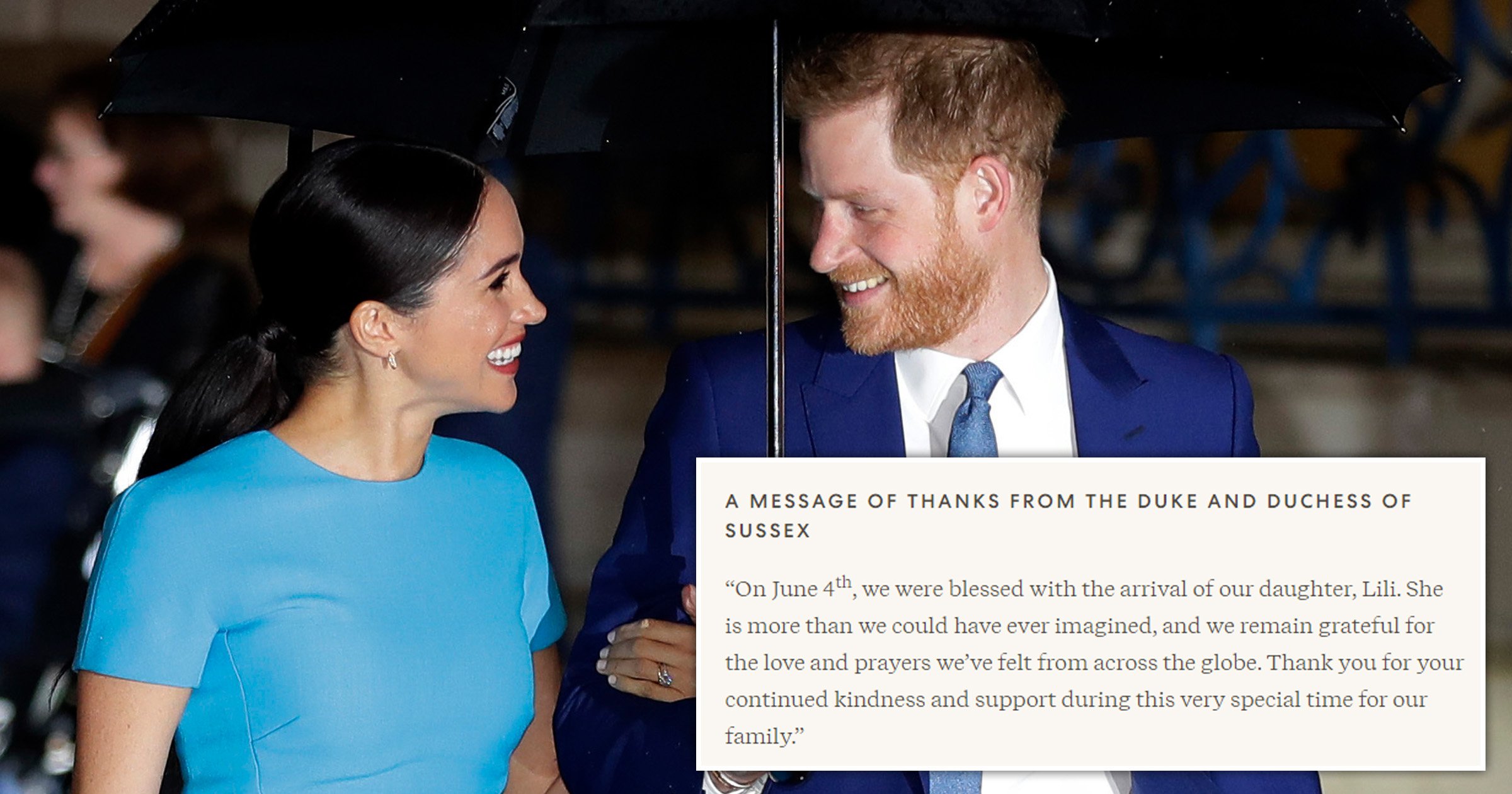 The Queen was told by Prince Harry that baby Lilibet would be named after her, it is understood.

Reports suggest the duke spoke with his grandmother before the announcement, but that palace aides only found out alongside the rest of the world.

Lilibet Diana Mountbatten-Windsor was born on Friday June 4 at 11.40am at Santa Barbara Cottage Hospital in California, weighing 7lb 11 oz.

A statement released by the Sussexes on Sunday night said: ‘Lili is named after her great-grandmother, Her Majesty the Queen, whose family nickname is Lilibet.’

Buckingham Palace appeared to be caught off guard by the timing of the news, with a spokesman congratulating the couple 90 minutes after it broke.

Some time after the Sussexes statement but before they responded, the palace posted news about Princess Anne travelling to Dorset for the anniversary of the 13th Signal Regiment.

They finally released a message hailing the ‘happy news’ at 6.34pm.

Buckingham Palace declined to discuss when the Queen was informed of the arrival of her 11th great-grandchild, or whether she was advised of the tribute to her in advance.

‘Lilibet’ was the Queen’s childhood nickname and it is believed her late husband Prince Philip was the last person to still call her by it.

The choice of baby name could be a peace offering after recent family feuds.

Royal commentator Dickie Arbiter, a senior aide to the Queen from 1988 until 2000, said the name could be an ‘olive branch’ to the Royal Family.

‘[Harry] moved to California to distance himself, but choosing this name is a complete about-face,’ he wrote

Former royal editor of the Sun, Duncan Larcombe, also suggested the first name was an attempt to build bridges.

But he said: ‘The question really is are there [any] bridges left to build? The damage is done, and it’s sadly going to take a lot more from the Sussexes before any healing of the feud can begin.’

Prince Harry and Meghan spoke fondly of the Queen during the otherwise explosive Oprah Winfrey interview in March.

Although the couple have accused the Royal Family of racism and neglect, they have insisted they are on good terms with the Queen.

In a statement released last night Harry and Meghan, who have a two-year-old son Archie, said: ‘On June 4th, we were blessed with the arrival of our daughter, Lili.

‘She is more than we could have ever imagined, and we remain grateful for the love and prayers we’ve felt from across the globe.

‘Thank you for your continued kindness and support during this very special time for our family.’

A spokesman said Meghan and Lili were healthy and well and now at home.

He confirmed Lili’s middle name Diana was in honour of her late grandmother, the Princess of Wales.

A statement from Buckingham Palace said: ‘The Queen, the Prince of Wales and the Duchess of Cornwall, and the Duke and Duchess of Cambridge have been informed and are delighted with the news.’

Men removed from immigration van in Glasgow ‘will still be deported’