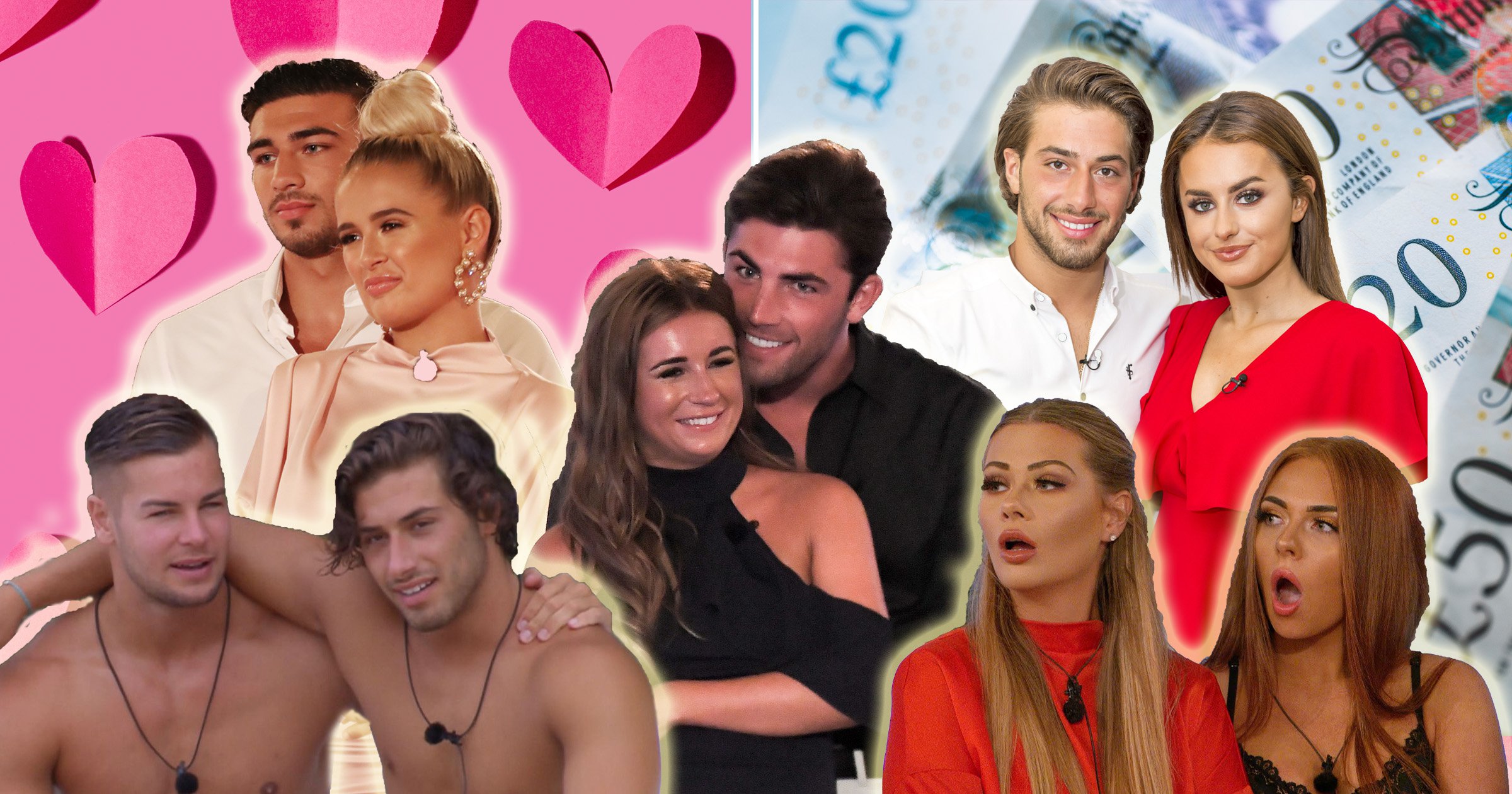 Romanticism aside, love and finances have always gone hand-in-hand, with marriages of yesteryear set up by families to secure their children’s futures.

Fast-forward a few (hundred) years, swap out bonnets and ballgowns for bikinis and bevs and you’ll still find the question of love and money playing out on the hit reality show Love Island.

Love Island has transformed love languages – think melts instead of Mr Darcy, the sauce instead of society and so on – but each year, the question of whether it’s real love or was it all about the prize money gets asked.

When the wining couple is announced both members of the couple are given an envelope; one containing the £50,000 prize money and one which was empty, and it was up to the person who received the money to decide whether to split it with their partner or take the cash and run for the hills.

Has anyone ever decided to pocket the dough?

Has any Love Island winner taken the money?

Every year, the winning couples have decided to split the cash and use it to help their relationship start off on a high note once they leave the island.

Paige Turley and Finley Tapp were crowned winners in 2020 and Paige was given the responsibility of choosing love or love of money.

She chose to split and it turned out to be the right decision (so far) as the couple remain happily shacked up, eyeing a big wedding day in the future.

They’re not the only ones though/

In 2015, winners Max Morley and Jess Hayes had to choose if they were in their couple for Love or Money. They both chose Love and got to split the £50,000 prize.

In 2016, Cara De La Hoyde and Nathan Massey were given the gold envelopes in the final. Cara chose to share the money with Nathan after picking the envelope with the money inside

The following year Amber Davies and Kem Cetinay had the choice, with the power in Kem’s hands after he chose the envelope containing the money. He also decided to split it with Amber.

We’ll have to wait and see if love wins again when Love Island returns later this month – with the show being tipped to return to screens on Monday June 28.

Madonna Takes Her 6 Kids to Dad Silvio’s Vineyard to Celebrate His 90th Birthday: ‘It Was So Special’

Kim Kardashian ‘feels like a f**king failure’ as she breaks down over Kanye West divorce: ‘I want to be happy’

Lorraine Kelly horrified and confused by penis piercing on Naked Attraction: ‘On your winky?!’