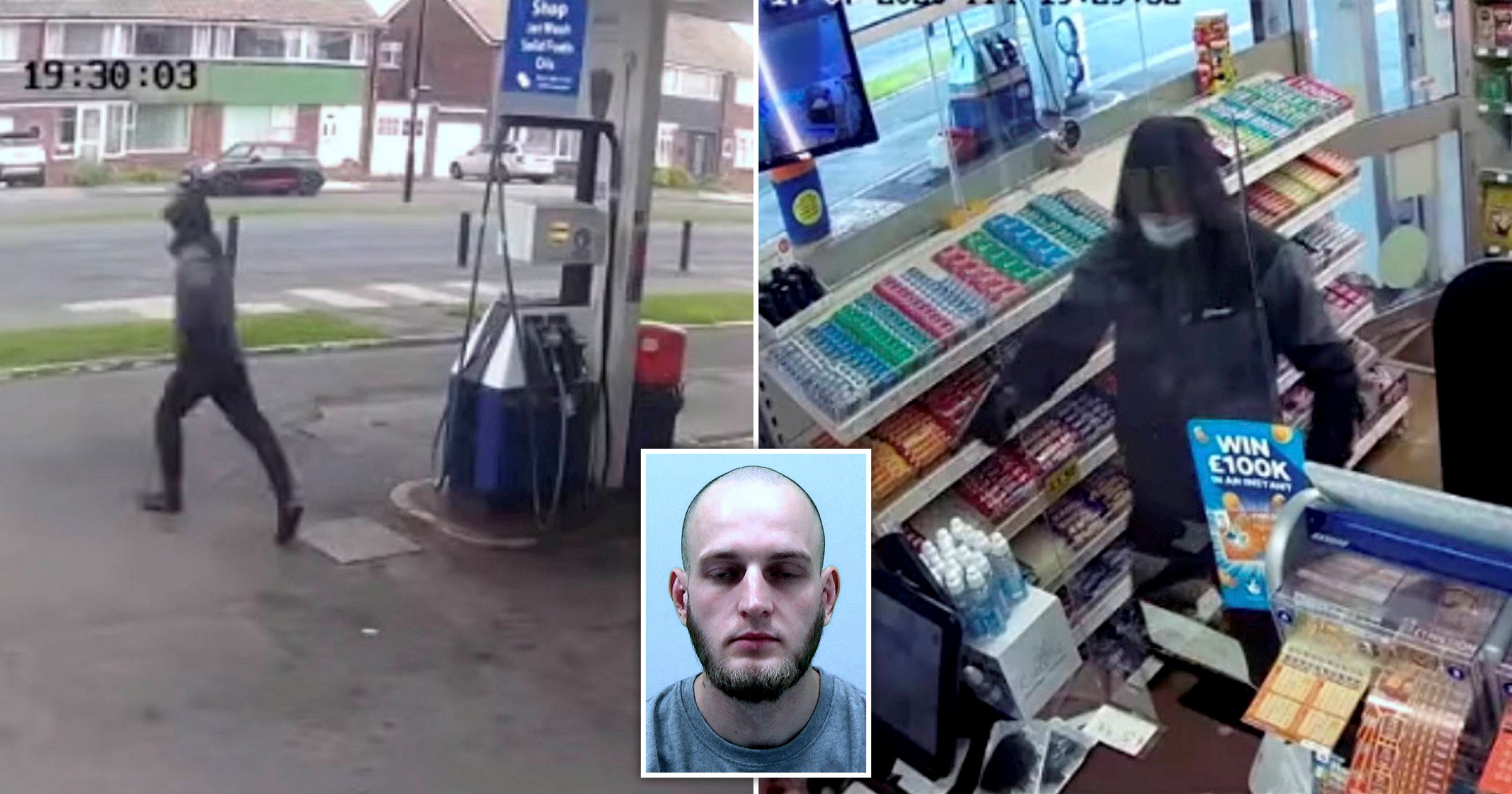 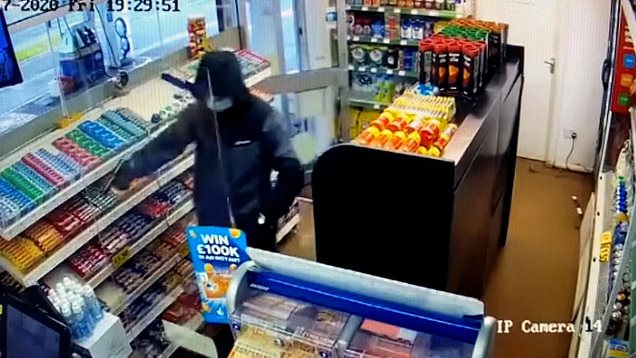 Incredible footage shows the moment a hero shopkeeper used a stool to chase away an armed robber.

Tyrone Roach, 29, ‘demanded all the cash from the till’ as he aimed what looked like a gun at a staff member at the counter of a Newcastle petrol station.

But the gunman fled the scene empty-handed after the brave worker picked up a step-stool told him to ‘get out’.

The wannabe robber was arrested after he dropped the blue surgical face mask he was wearing as he ran away – giving police his DNA.

He denied robbery and possession of an imitation firearm but was convicted by a jury and jailed for seven years.

The gun was never found, but Roach was found guilty at Newcastle Crown Court on the premise that it was an imitation weapon.

Despite his courageous actions, the petrol station worker said he was ‘petrified’ during the incident in Chapel House.

In a victim impact statement, he said: ‘I can’t even put into words the fear that goes through you when someone pulls a gun out and points it at you. I honestly thought I could die and for what, some till money?’

He added that he felt ‘anxious and nervous’ at work afterwards and would try to make sure the stool was kept nearby for protection.

The unidentified worker has been awarded £250 for his ‘extreme courage’ during the ‘extraordinary’ incident.

Judge Julie Clemitson said: ‘I acknowledge his extreme courage in the face of what must have been a terrifying attempted robbery. I commend him for his bravery.’

Roach has ‘deep regret’ for the harm he caused and had been using cocaine at the time of the attempted robbery, Kate Barnes, defending, said.

A spokesman for Northumbria Police has named the garage worker’s actions ‘heroic’ – but urged victims of robberies to not try and fight armed criminals.

He said: ‘While we would never encourage anyone to fight back against an armed criminal we do think it is right to recognise this victim’s bravery.

‘He refused to hand over money and instead stood up to the thief who was so shocked that he immediately turned and fled the scene.’

Wolfgang Van Halen Paves His Own Path on ‘Therapeutic’ Debut Album: ‘I’m My Own Person’

Dad-of-six, 33, suffers fourth-degree burns and ‘skin melts’ after stepping on sand where BBQ had been used on beach