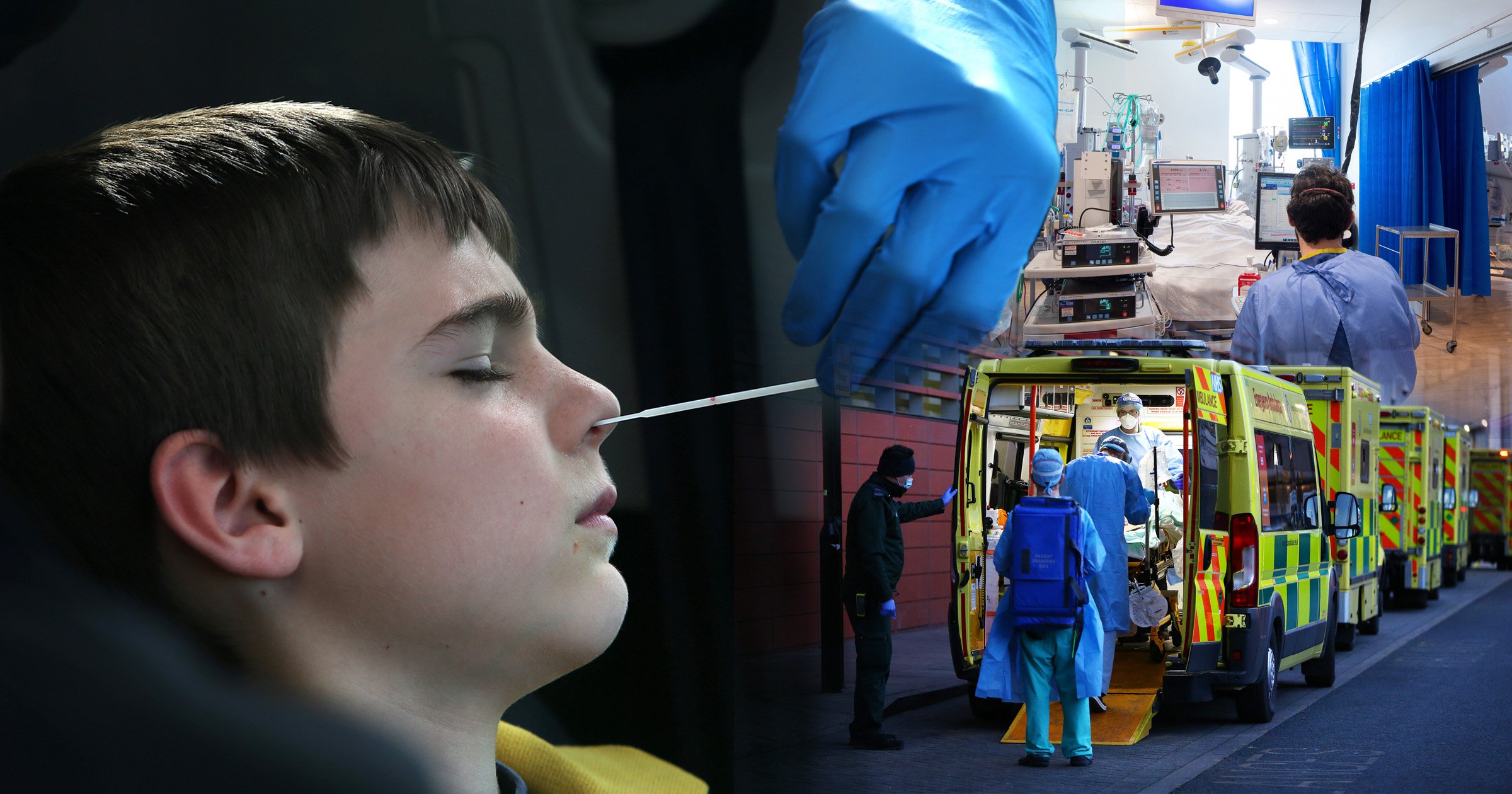 Experts are investigating whether new coronavirus variants are having a greater impact on children after 10 youngsters aged nine and under were admitted to hospital in Scotland last week.

Deputy First Minister John Swinney said that while not many children have been admitted to hospital during the pandemic, the number currently in hospital is ‘on the high side’.

Health Secretary Humza Yousaf said on Wednesday that 10 children were admitted to hospital last week ‘because of Covid’.

Plans to ease coronavirus restrictions were paused in many regions over concerns the country was entering a ‘third wave’.

Nicola Sturgeon warned this week that the country was still at a ‘delicate and fragile point’ in the battle with the virus.

And national clinical director Jason Leitch cautioned that the Indian variant – now referred to as Delta – ‘is causing us some challenge and is spreading quicker than we hoped’.

Mr Swinney, who is also Covid Recovery Secretary, said experts will be trying to determine whether there is something in the new variants that are emerging that is making it more acutely challenging for children with a greater impact on their health.

He told the BBC’s Good Morning Scotland: ‘If you go back over the last 12 months, relatively few children have been hospitalised as a consequence of Covid so we’re now seeing obviously a concentration of hospitalisation outwith the over-50s group because the overwhelming majority of that group are vaccinated and have some protection.

‘There are still some people being hospitalised with the vaccine.’

Asked whether more children are being admitted to hospital, he said: ‘The current numbers are on the high side, certainly over the period of Covid we’ve not seen very many children hospitalised but we’re seeing a number just now, so we have to look at all of these factors to determine is there something in the new variants that are emerging that is making it more acutely challenging for children with a greater health impact, and these are the issues that we keep under constant review and upon which we take clinical advice.’

Mr Swinney went on to say he is confident that all over-50s will have received both jabs by the end of July, later than the June 21 target set in England by UK vaccines minister Nadhim Zahawi.

He said: ‘We will be very close to that point but our target was to have all of the groups one to nine completed during July, that was always our figure, that’s what we’re working towards, but of course we’re trying to accelerate vaccination where we are able to do so provided supplies are available for that to be the case and that’s the work that’s under way just now which is delivering substantial progress.’

The deputy first minister added: ‘We said we would have this exercise completed in June/July, that is exactly what we will do and we are confident that the programme we have in place is able to do exactly that.

‘We’ve said the end of July and I’m very confident that’s exactly what we will achieve.’