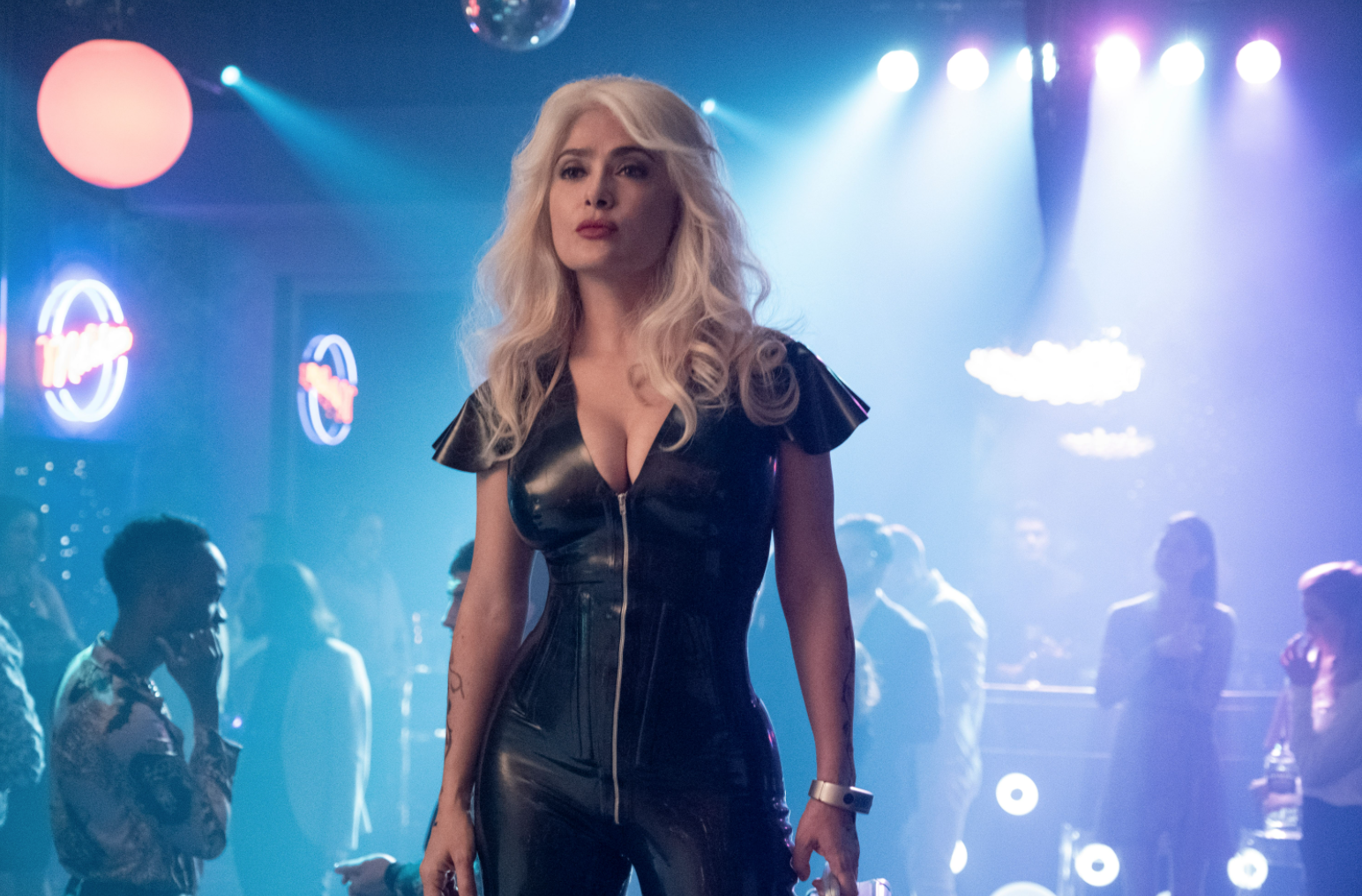 On paper, the idea of Ryan Reynolds, Salma Hayek and Samuel L Jackson buddying up in an action comedy sequel about hitmen, wives and bodyguards jetting around Europe sounds like a bizarre dream but in reality, it has resulted in a wildly hilarious action flick – The Hitman’s Wife’s Bodyguard – and we were buckled up for every second of it.

Ryan and Samuel have reprised their roles as the ‘world’s most lethal odd couple’, playing bodyguard Michael Bryce and hitman Darius Kincaid respectively, with Salma’s con artist Sonia Kincaid joining them on their next adventure, while bringing her own unique brand of chaos into the fold.

The movie kicks off with Bryce being ordered into a sabbatical from work by his therapist, which ends almost as quickly as it starts when Sonia demands he helps her find a kidnapped Darius.

Of course, it isn’t as easy as this, with the trio soon finding themselves at the centre of a global plot and battling to save Europe from the hands of vengeful Aristotle Papadopolous (Antonio Banderas), with Morgan Freeman making the most of an all-too-brief appearance.

The Hitman’s Wife’s Bodyguard returns the fun back to the big screen at a time when we’ve never needed it more, with director Patrick Hughes packing the run time with more explosions and car chases than we can handle, and taking cinema-goers on a tour around idyllic Italy at the same time.

Giving Salma a bigger role as baby-crazy Sonia balances out the constant battle between Michael and Darius, while also adding another layer to their rollercoaster bond, and showing us how well they work as a trio.

She shines in the role, bouncing off her co-stars perfectly and giving her all as the kooky but killer badass, showing the star-studded cast up in the action stakes.

Samuel’s Darius slips between action and comedy throughout, managing to look effortlessly cool and in control while either cussing out a job-obsessed Michael or keeping Sonia from jumping off the deep end.

It’s not a perfect film by any means, with a sometimes hard-to-follow plot which is matched only by an ending that we’re still not completely sold on.

And while Morgan Freeman was a delight in the few scenes he was in, we really could have done with more of him on our screens.

Kanye West and Irina Shayk spotted together in France

The sequel has blown the original flick, released in 2017, completely out of the water, adding more Salma, more stunts and more swearing – when we didn’t even realise the latter was possible – and has proven to be one of the most fun releases of this year.

Now follow Michael’s instructions and buckle up for the third instalment.

The Hitman’s Wife’s Bodyguard is in cinemas from Friday June 18, with previews from June 14.

MORE : Indiana Jones 5: Where is it being filmed, who is in the cast and when is it out?

Amazon’s Early Prime Day Deals — Save Up to 45% on UGG Boots, Slippers, Sneakers and More

Who are the main suspects in the David Spencer and Patrick Warren case?