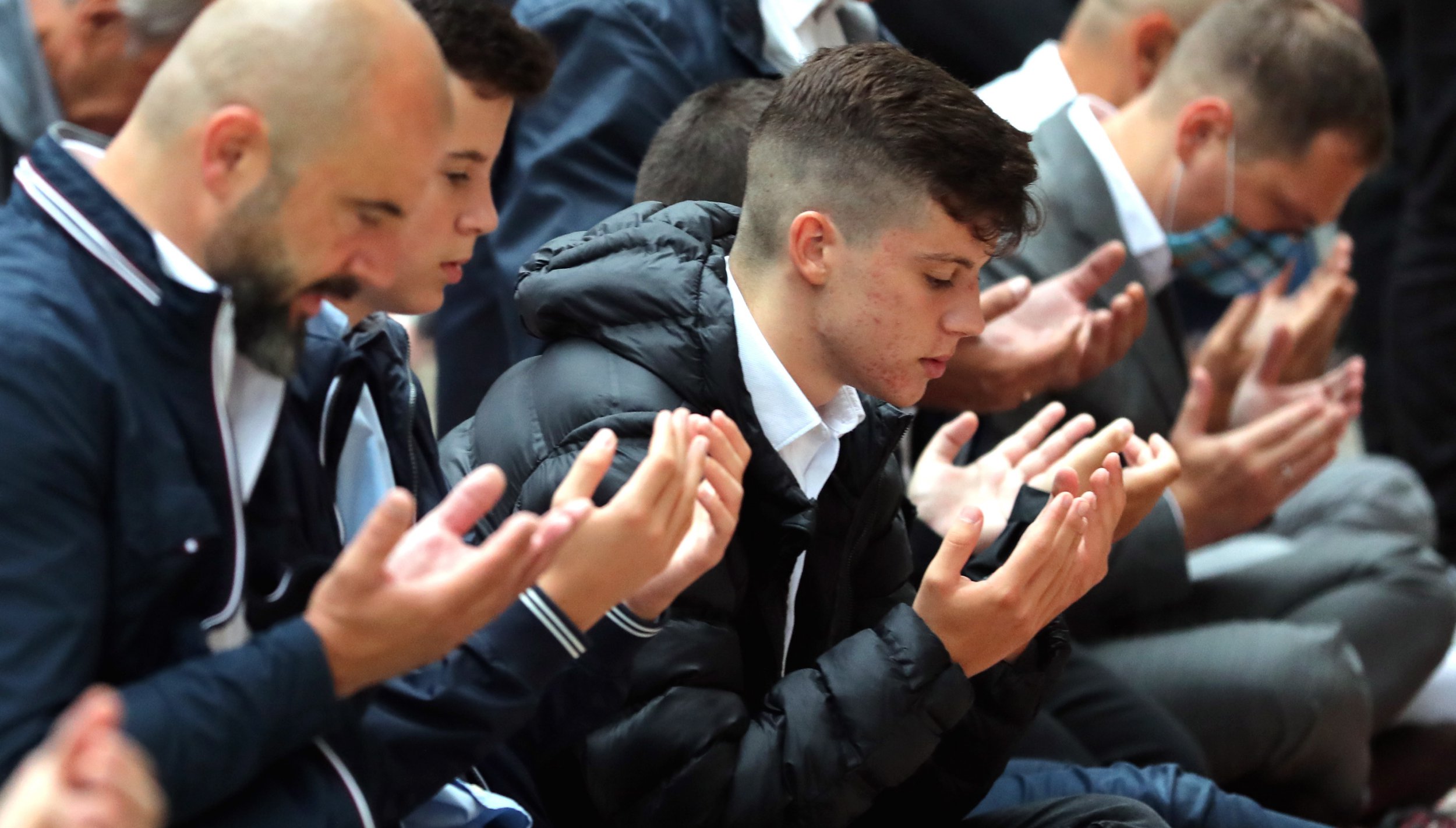 Muslims across the UK and the world are starting to celebrate Eid al-Adha today, and it is one of the most important events on the Islamic calendar.

Eid al-Adha – the ‘feast of the sacrifice’ – is a time for loved ones to come to share gifts and enjoy feasts together.

It’s also the time of year when many Muslims make a five-day pilgrimage to the city of Mecca in Saudi Arabia, called Hajj, which is something Muslims are expected to do at least once in their lifetime.

Eid al-Adha falls on the tenth day of Dhu al-Hijjah, the 12th and final month in the Islamic calendar.

But how long does it last?

How long does Eid al-Adha last?

Like Eid al-Fitr, the date of Eid al-Adha depends on the Islamic lunar calendar and the sighting of the crescent moon.

It is celebrated on the 10th day of Dhū al-Hijjah, the twelfth and final month of the Islamic calendar.

Initial estimates had put Eid al-Adha’s start date as July 19 – however, there was no sighting of the crescent moon on July 9, which would signal the start of Dhu Al Hijjah – the 10 Blessed Days leading up to the festival.

As a result, Eid’s expected date was pushed back by a day, and it will now last till Saturday, July 24.

How is Eid al-Adha celebrated?

Eid al-Adha commemorates the sacrifice made by the prophet Ibrahim, and Muslims typically celebrate the festival by carrying out a Qurbani, meaning ‘sacrifice’ in Arabic.

The animal that is sacrificed – which tends to be either a sheep, a goat, a cow or a camel – is separated into three parts.

Traditionally, a Muslim would give one part of the animal to the poor or vulnerable, while the other two are parts are for family and neighbours.

During the morning of Eid al-Adha, a special prayer called Salat al-Eid is recited in honour of the festival, ahead of the Dhuhr prayer at noon.

Muslims traditionally dress in their finest clothes across Eid, share gifts, and enjoy meals with their loved ones.

To wish someone a Happy Eid, you can say ‘Eid Mubarak’, which translates as ‘Blessed Eid’.

MORE : ‘My body, my choice’: Why doesn’t it seem to apply to Muslim women wearing hijabs?

MORE : What is the difference between Eid al-Fitr and Eid al-Adha?

Harry’s explosive memoir will cause ‘mayhem’ with royals, expert claims

Neighbours are good friends or even like FAMILY, survey reveals and favourite topics include chatting about the weather