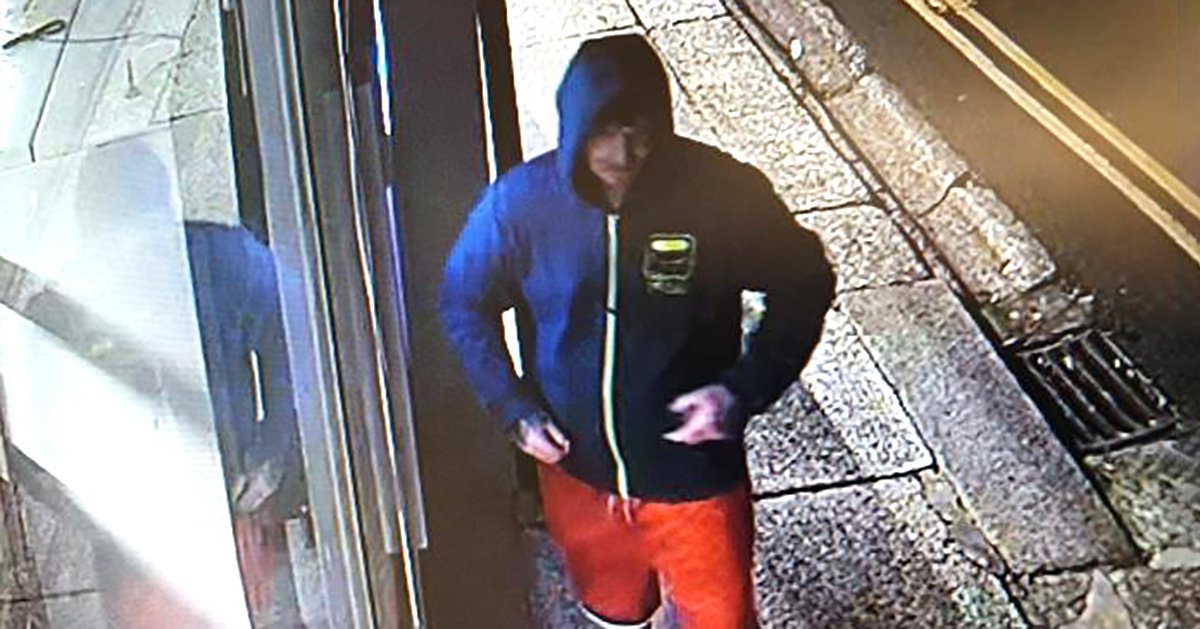 A manhunt has been launched after a victim was seriously sexually assaulted during a burglary in the early hours of Sunday morning.

Detectives have released pictures of a man they would like to speak to in connection with the horrific incident in Truro, Cornwall.

Locals have been warned against approaching him and are urged to ring 999 immediately if they see him.

The victim is being supported by specially trained officers after the attack between midnight and 4.40am yesterday.

‘Residents can expect to see additional police resources in the area now and over the coming days.

‘We would like in particular to speak to the man pictured in relation to our enquiries. We ask that people come forward if they have information that may identify him.