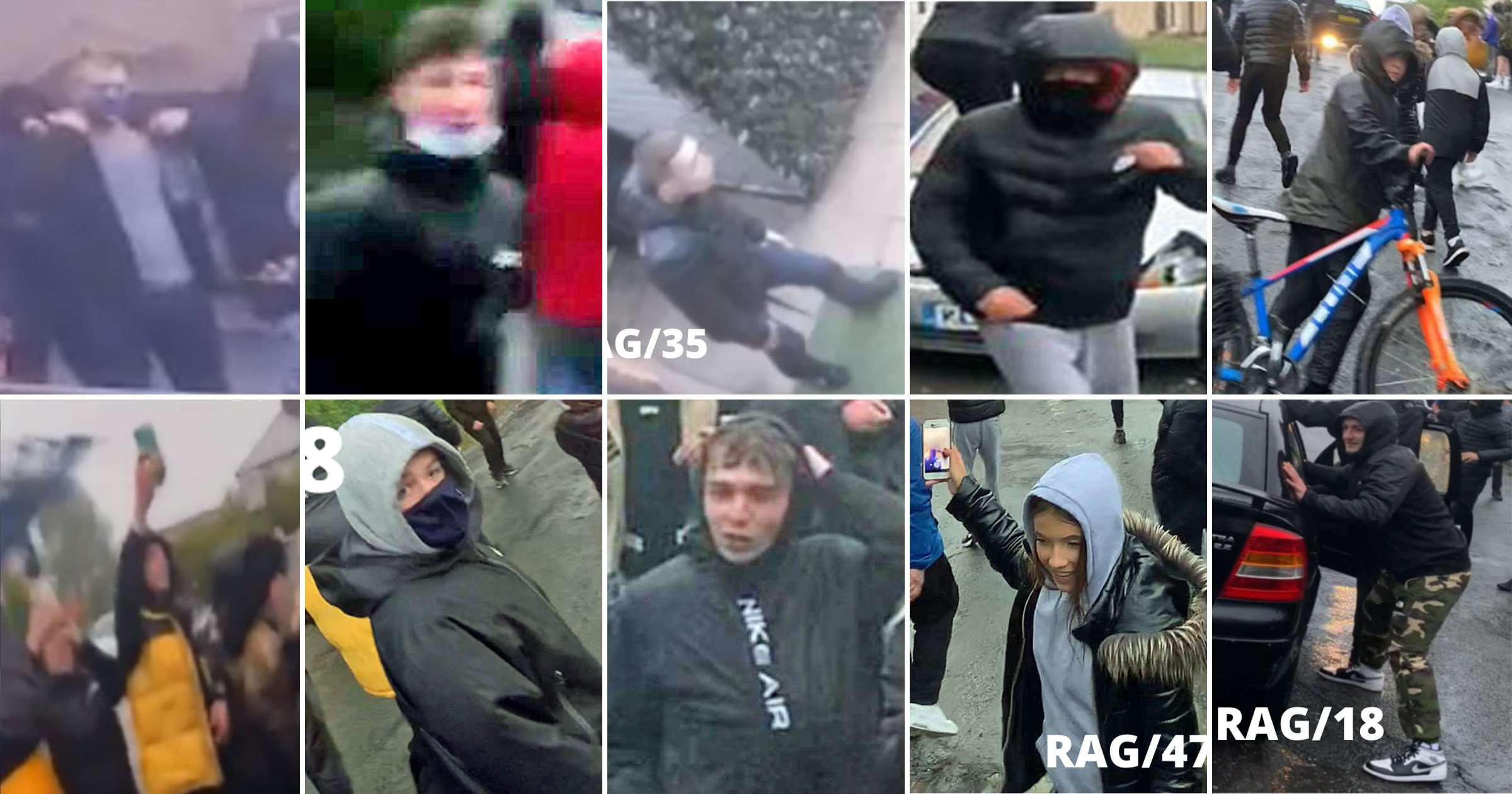 A manhunt has been launched to find a group of yobs who sent burning cars hurtling down a hill and shattered terrified residents’ windows.

Around 200 rioters terrorised police and residents in Swansea’s Mayhill area on the night of May 20, after a vigil turned into a night of chaos.

Yobs lobbed rocks at police officers and forced them to retreat, while helpless families were trapped inside their homes as their cars were set alight and homes trashed.

Detectives have released their ‘wanted’ list and issued a gallery of images of suspected rioters, including two teenage girls, they want to question.

So far, 31 people, including adults and teenagers, have been arrested over the incident.

The evening had started peacefully when a vigil was held for 19-year-old Ethan Powell, a local who had died suddenly.

Police previously said they were working to establish what was the ‘trigger’ for the ‘disturbing’ scenes of unrest. 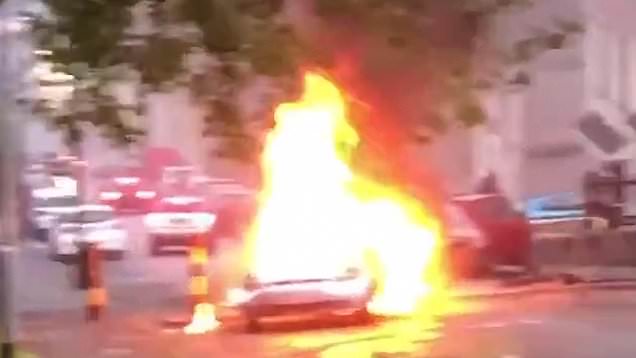 Footage showed a police riot van fleeing after being pelted with rocks, while another clip showed a car rolling backwards at speed with all four doors open past another vehicle engulfed in a fire ball.

It took officers hours to get the scene under control, as yobs hurled bricks at petrified residents and their windows who watched as their cars were trashed.

Detective Superintendent Gareth Morgan said the riot ‘has had a huge impact on many families and people, the effect of which has continued for some time.’

He said: ‘I would like to thank the local community for its assistance throughout the course of our investigations.

‘The large majority that were present that night were not actively involved in the disorder. The critical task for us has been to identify those who were specifically involved in committing criminal offences that evening.

‘The investigation team have had a challenging task in reviewing in excess of 800 pieces of evidence from CCTV and social media footage which has been obtained.

‘Given that volume of footage any help the public can offer in assisting with identifying these persons is considerable.

‘I appreciate that the quality of the images is not very clear, but I am hoping that people may recognise some of those in the gallery imagery.’

South Wales Police appealed for anyone who recognises people in the images to contact them.

Mum says son, 15, took his own life after Snapchat bullies threatened him

Ranvir Singh feels sorry for Prince Charles not seeing Harry’s children: ‘He must miss them’