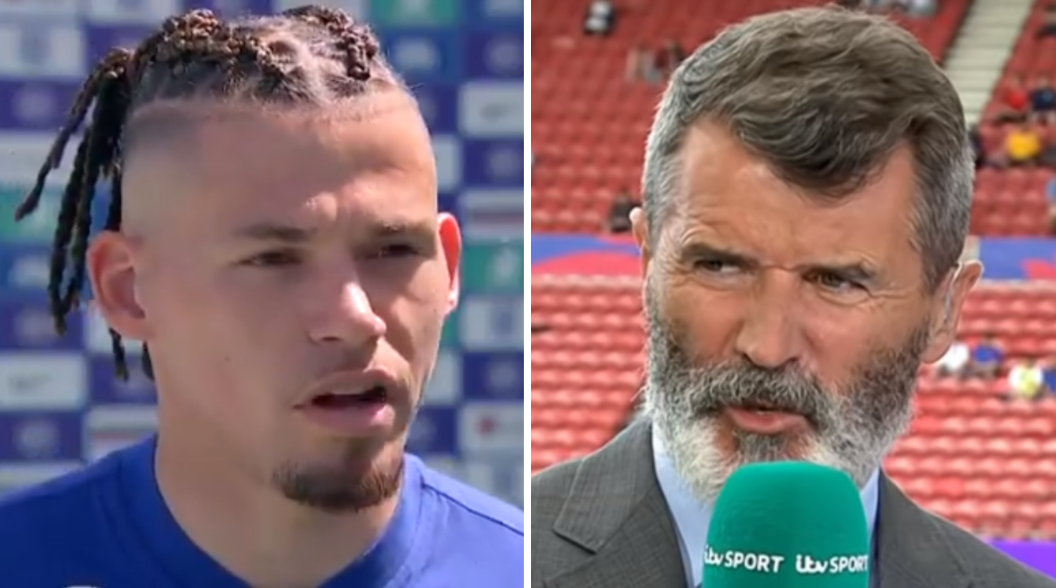 Kalvin Phillips has jumped to the defence of Jordan Henderson after Roy Keane questioned the midfielder’s place in England’s Euro 2020 squad and insists his team-mate’s leadership skills and experience are invaluable to the younger players in the camp.

Henderson missed the final three months of Liverpool’s season with a groin injury but was named in Gareth Southgate’s 26-man squad for this summer’s tournament and made his return as a substitute in England’s 1-0 win over Romania at the weekend.

And while the 30-year-old will have been relieved to get 45 minutes under his belt in Sunday’s warm-up match, his evening was marred somewhat having had a second-half penalty comfortably saved by Florin Nita.

Former Manchester United captain Keane hit the headlines with his comments about Henderson shortly after the friendly, branding the inclusion of a ‘clearly’ unfit player as a ‘huge distraction’.

‘I was convinced he was going to play the other day [against Austria]. I know there’s talk he’ll come out for the second half, but why not start him in the first 45 minutes where there will be more intensity?

‘In the second half there are going to be plenty of changes. I think it is a huge distraction, I don’t think he should be involved.

‘If he can’t start the game against Romania, because physically and mentally today’s game won’t be that tough for him… He’s an experienced player but he’s not kicked a ball in three months, going to a European Championship, it’s not right.

‘I’ve heard people say they want him around the place – for what? Does he do card tricks? Does he have a sing-song? Does he do quizzes in the evenings?’

Henderson himself was quick to laugh off Keane’s comments and Phillips – who could play alongside the Liverpool skipper in England’s midfield this summer – is adamant Southgate was correct with his selection.

‘When people say “he’s not fit” and “why is he there?”, I just think he’s a good person to have around, especially for the young lads that are here,’ the Leeds star told Sky Sports.

‘There’s a lot of young lads, here for their first tournament as well and it’s good to have somebody who can share their experiences with you.

‘In Jordan’s case, whether he’s fit or not, I love having him here.

‘I love speaking to him, I love having him around the place because it just makes it a lot more comfortable for players like me.’

Phillips insists there will be no resentment if Southgate opts against starting him for England’s opening Group D clash with Croatia.

‘I’m there for the team and I’m there to do my job first and foremost,’ he added.

‘If I start then great but even if I don’t then I’m going to be on the bench, cheering us on and wanting us to win just as much.

‘Regardless of whether I play or not I’m just happy and raring to go.’

Phillips added: ‘We’ve got very good players. I don’t really like bigging us up!

‘But we’ve got a good team, good squad, the morale is high and we’re just going to go out there and do our best.’